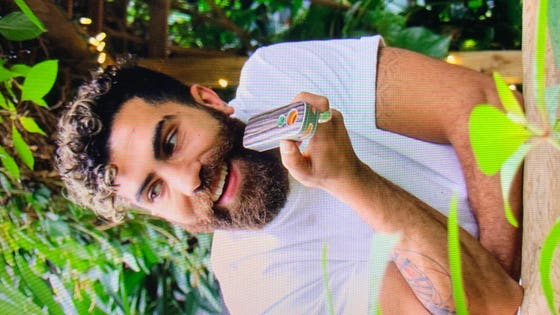 I met Steve Berg at an event in New York City introducing the new and vastly improved Firefly 2 for an enthusiastic crowd of journalists. I had only a few minutes to introduce myself and then to attempt to explain to Steve that his first foray into the vaporizer market was less than successful in my view. I tried to say, at least in a kind way that the first incarnation was not my favorite product. But after trying the new Firefly 2 with numerous improvements, my opinion of the first device was quickly forgotten. The Firefly 2 is now one of my favorite implements for the safe and metered consumption of medical cannabis. Sure you can use it for recreational weed, but to fully appreciate the expertise and talent that went into the development and implementation of this device, you should be using the finest medical cannabis available. Why? Because medical cannabis is not street weed. It has been tested for safety and it will truly, do no harm. Can your street weed say that? Doubtful. Steve’s a good guy, with a wry sense of humor. I discovered much when I sat with him and I didn’t know what to expect from my Q&A. What is written here is highly personal and very deep. I’m proud to bring you, Steve Berg. A kind man with patience. Thank you. WB

Warren Bobrow= WB: Where are you from? Why cannabis? When did you first discover the plant? What was cannabis like when you were young? Quality level? Do you prefer Outdoor or indoor grown?

Steve Berg=SB: I grew up in the Oakland and Berkeley area of Northern California, a place with strong cannabis culture and roots. It’s a liberal and diverse place not far from the Emerald Triangle, the legendary cannabis cultivation region. Cannabis was prevalent, and I’ve had a relationship with the plant since I was a teenager. In the mid- to late-’70s, most of the cannabis around the Bay Area I encountered was smuggled in from Colombia, Mexico, elsewhere from south of the border, and occasionally Hawaii and Thailand. There was lots of crappy, brown brick weed, bales of which would occasionally wash up on California beaches from smugglers tossing it overboard when being chased by the coast guard. However, there was also some really nice stuff, including the likes of Acapulco Gold, Panama and Santa Marta Red, Thai Stick, Maui Wowie and Kona Gold. These became more rare when cross border law enforcement increased and choked off much of the supply. Soon thereafter, though, we started to see sensimilla flowers grown up north in Humboldt, Mendocino and Trinity counties, where the hippies from San Francisco had migrated and established intentional communities. These were self-sustaining groups who produced crops for themselves, including cannabis. It also happened to be an extraordinary region for outdoor cannabis cultivation given the climate and terroir. When we first saw the beautiful green sinsemilla flowers from Humboldt County – grown outdoors, fresh, sparkling, fragment, and potent – it was mind blowing and redefined our understanding of the plant. It was love at first sight, and some of us started to learn how to grow it. To this day, I prefer nice organic cannabis grown outdoors, though I’ve certainly enjoyed plenty of great indoor cannabis too.