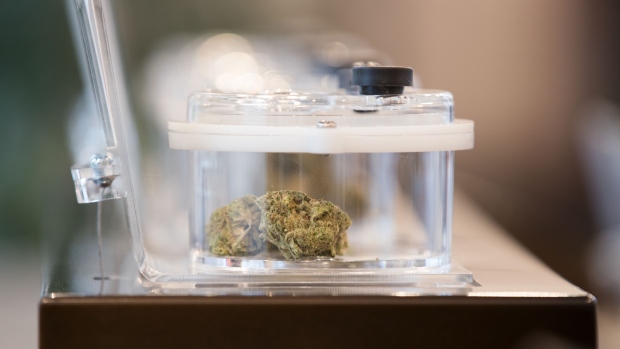 A belief that Ontario’s lottery system is ‘unfair’ to dispensaries looking to enter the legal market is why illegal dispensaries stay open despite legal ramifications, says cannabis lawyer.

Last week, after 18 people were arrested in connection with the Café chain of cannabis dispensaries across Toronto, police blocked the entrances with cement blocks.

The barricades did not stop sales, however, as marijuana transactions were conducted one by one on the street outside.

“The lottery system is perceived by many as an unfair entry point into [the] market,” cannabis lawyer Caryma Sa’d said on CTV’s Your Morning Monday. “There have been people who have an immense amount of expertise and knowledge, these craft producers entrepreneurs, who are being shut out from the very industry they effectively helped legalize.”

Sa’d said the legal ramifications illegal dispensaries could face are two-fold, at both federal and provincial level.

“Worst case scenario under federal legislation, some offences can receive up to 14 years in prison and fines up to $100,000,” Sa’d said, adding that that sentence is on the higher end, and it “remains to be seen” if anyone will get close to that in a sentencing.

For anyone caught purchasing or possessing illegal dispensary cannabis, depending on the circumstances, it goes through a ticketing system said Sa’d.

Another frustration with dispensaries being shut down S’ad said, is that people not associated with illegal dispensaries have been “locked out of their homes” because of an extension in the Cannabis Act, that has now been removed, that allowed dispensaries to stay open if they were also used as a residence.

“I’m aware of at least one application in superior court where someone not associated with the dispensary has been locked out of his home,” said Sa’d. “That ‘loophole’ was there for good reason and we’re now seeing the consequences of this.”

Sa’d said that in order to ‘fix’ this, “the different levels of government need to take a step back and rethink ‘what are our objectives here?’ and ‘how can we make this a more inclusive market?’”

“It’s apparent from the civil disobedience that we’re seeing that people still want to participate in the industry,” said Sa’d. “They’re concerned about access, pricing, quality and that craft entrepreneurs may be the solution to that.”

As of yet, nothing has been tried in court yet in regards to dispensaries and lockouts, said Sa’d.