Vape pens like this one, with pre-loaded cartridges of cannabis extract, will soon be legal in Canada. (Nam Y. Huh/The Associated Press)

With the next wave of cannabis legalization looming, the business of pot is once again the business of mergers and acquisitions. If the last phase was all about production and distribution, this phase may be dominated by technology.

They’re among a series of new products, including edibles, beverages and extracts, that will be for sale legally in Canada in mid-December.

Which explains why Canadian cannabis company Auxly Cannabis Group Inc. has teamed up with British tobacco giant Imperial Brands in a deal worth more than $120 million. Imperial gets a foothold in the cannabis market and Auxly gets exclusive access to Imperial’s vape IP, technology and research.

The partnership „accelerates Auxly’s plan to go heavily into the recreational market,” said Auxly CEO Chuck Rifici. „Particularly, the vape category, which we think will be very large.”

In fact, analysts say vaping could become the driving force of the recreational cannabis market.

Chris Damas, editor of the BCMI Cannabis Report says of all the new products coming on line, from vape products to edibles and everything in between, vape pens will make up half of all derivative sales. 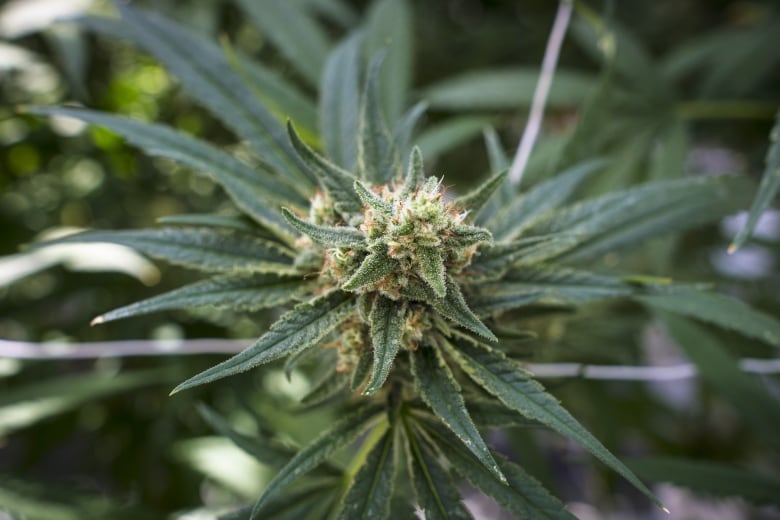 Rifici says when given a choice between rolled joints to smoke and vape pens, consumers have voted with their money.

„We’ve seen from the market data south of the border and anecdotally across Canada in unlicensed dispensaries,” he said. „People seem to disproportionately choose vape devices.”

Part of that, he says, is the ease and discretion of using a vape pen. Once legal, the pens will come with pre-loaded cartridges of cannabis extract. With the push of a button, the extract is vaporized (hence the term „vape pen”). Instead of smoke, the user inhales vapour.

Vape pens and e-cigarettes have become wildly popular as an alternative to smoking cigarettes (though the jury is out on whether they’re a much healthier alternative). And tobacco companies have been researching, developing and acquiring vape IP for years. 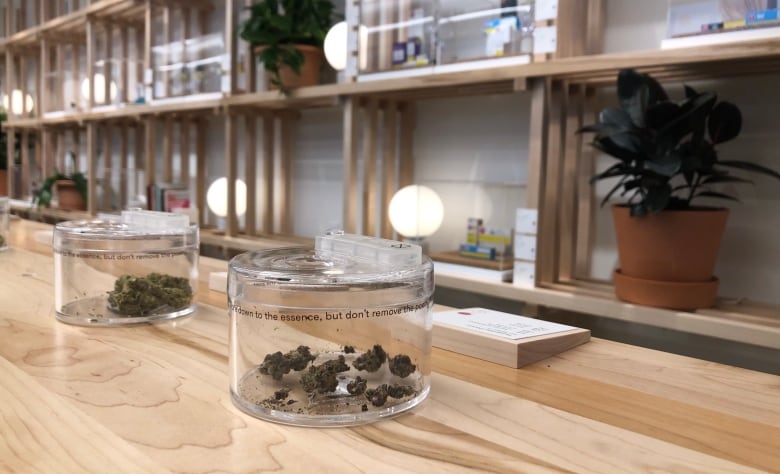 Cannabis on display at the Hobo recreational cannabis store on Bank Street in Ottawa. (Lorian Belanger/Radio-Canada)

Last December, tobacco giant Altria, parent company of Philip Morris USA, the maker of Marlboro cigarettes, made headlines when it announced it was buying a $2.4-billion chunk of the Canadian cannabis company Cronos.

A couple weeks later, Altria spent $12.8 billion US for a 35 per cent stake in Juul, which is easily the most popular brand of vape pen for tobacco users.

Damas, editor of the BCMI Cannabis Report, says all the large licensed cannabis producers in Canada have been scrambling to prepare for the initiation of vape pen sales in late 2019 or early 2020.

„Aphria, Aurora, Organigram and Supreme cut deals with PAX Labs to be in a position to sell vape cartridges rather than try to develop their own,” Damas said in an email. 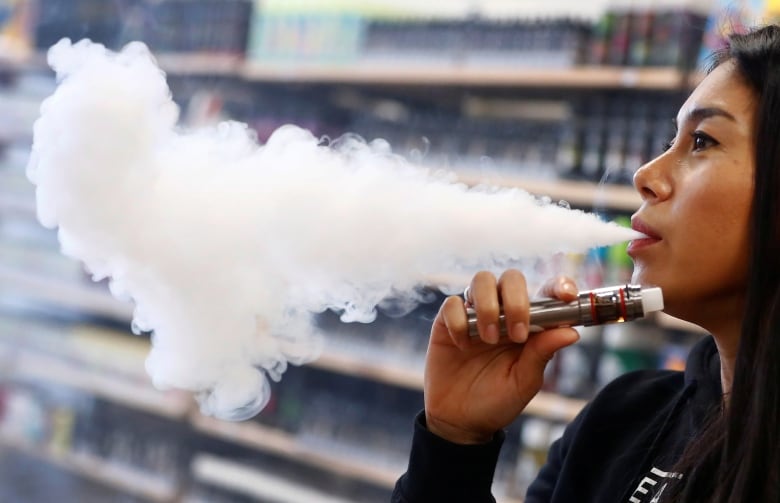 Damas says it’s not just the consumer preference that’s driving the cannabis companies to buy vape technology. The economics are just as important.

He says a gram of cannabis costs about $3 wholesale. Seven grams of cannabis can fill four vape cartridges with extract.

The Auxly/Imperial partnership comes during a tumultuous few weeks in the Canadian cannabis sector.

Earlier this month, one of the biggest names in the industry, Bruce Linton, was forced out as co-CEO of the cannabis company Canopy Growth. His ouster came after Canopy’s new partner, Constellation Brands, expressed disappointment with the company’s earnings.

Another major producer, CannTrust, is under investigation by Health Canada. The company is accused of cultivating cannabis in unlicensed greenhouses. Its CEO and board chair were both fired as the scandal unfolded.

The industry is still in its very early stages. Scandals and shakeups are still common. The valuations of these companies are still in flux, and the future of the industry is the subject of nearly endless speculation.

Just a year ago, some analysts were pointing to cannabis companies teaming up with beer and beverage companies to develop THC-infused products as the next big wave. Now they’re pointing to vape pens and new technology as the future.

And it may well be. But the point is no one really knows what the industry will look like this time next year. Every investor, every analyst and every company is trying to make its best guess.