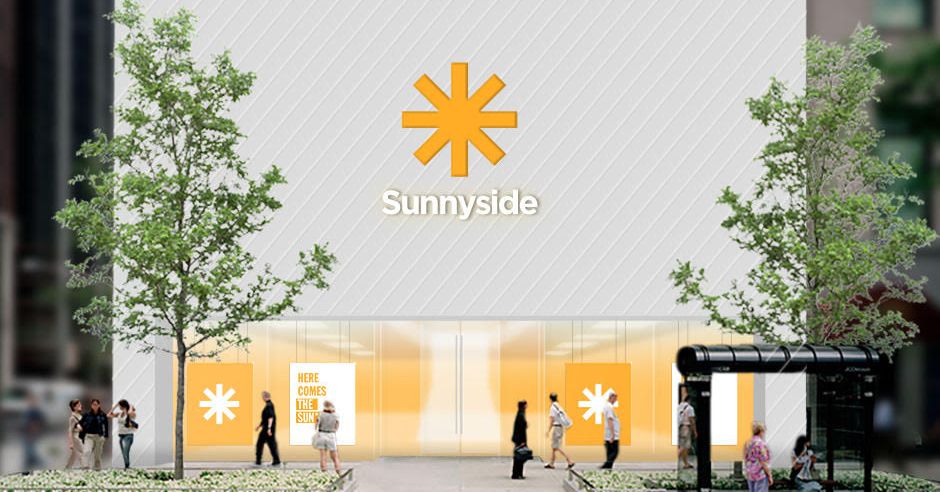 A top River North-based pot firm is looking to change perceptions of marijuana use by transforming its dispensaries in Illinois and beyond into wellness-minded retail spaces — similar to Whole Foods, it says.

Cresco Labs, which holds 56 dispensary licenses across nine states, unveiled the Sunnyside* brand Monday, announcing plans to lump all of its current and future pot shops under the new label.

“Sunnyside wants to feel more like a national wellness chain than a dispensary. Think of a Whole Foods or Sephora … but for cannabis. It’s the new generation of cannabis shopping,” the company said in a statement announcing the change.

“For far too long, I think cannabis has been relegated to the industrial corridors and the parts of cities where traditional commerce does not exist,” Joe Caltabiano, Cresco’s co-founder and president, told the Chicago Sun-Times. “So we’re excited to have cannabis be in the center of the commerce parts of the city where consumers go to buy coffee and where consumers go to buy their retail products.”

In addition to the makeup retailer Sephora, Caltabiano also cited the Apple Store as providing design inspiration, noting that both chains offer customers an inviting environment to learn about products. The first Sunnyside* dispensary is slated to open in November in Philadelphia, and additional storefronts will follow in Illinois, Florida, Ohio, Arizona, Massachusetts and Michigan.

“As you look at the spectrum of cannabis consumers, a very low percentage is truly medical,” Caltabiano said. “And the counter is true, it’s not a huge percentage that is coming to get as euphoric as possible. Most consumers are coming in to enhance the quality of their life: sleep a little bit better, take a little bit of their aches and pains away, increase their appetite, decrease their appetite.”

The company hopes that middle ground will serve it well in Illinois, where Cresco’s five existing medical dispensaries will be converted into dual-use stores when recreational pot is legalized Jan. 1. Cresco, which has plans to open five new recreational pot shops in Illinois, also hopes to relocate one of its existing medical dispensaries closer to Wrigley Field.

Jason Erkes, a spokesman for Cresco, said the company is “in the first step of the zoning approval process” to move its MedMar dispensary from 3812 N. Clark St. to a building three blocks south that currently houses a John Barleycorn restaurant. Caltabiano said the company is still waiting for municipalities, including Chicago, to decide where the new recreational dispensaries can be located.

“Our vision for retail is a need to align with the municipality that we participate in,” Caltabiano said. “A name like Sunnyside* evokes a certain emotion and its expected to be in a retail corridor that accommodates that brand. So we will be very selective as it relates to site location, thinking what’s best for the brand, what’s best for the consumer and finding a community that’s excited to have this incredible opportunity come to their town.”