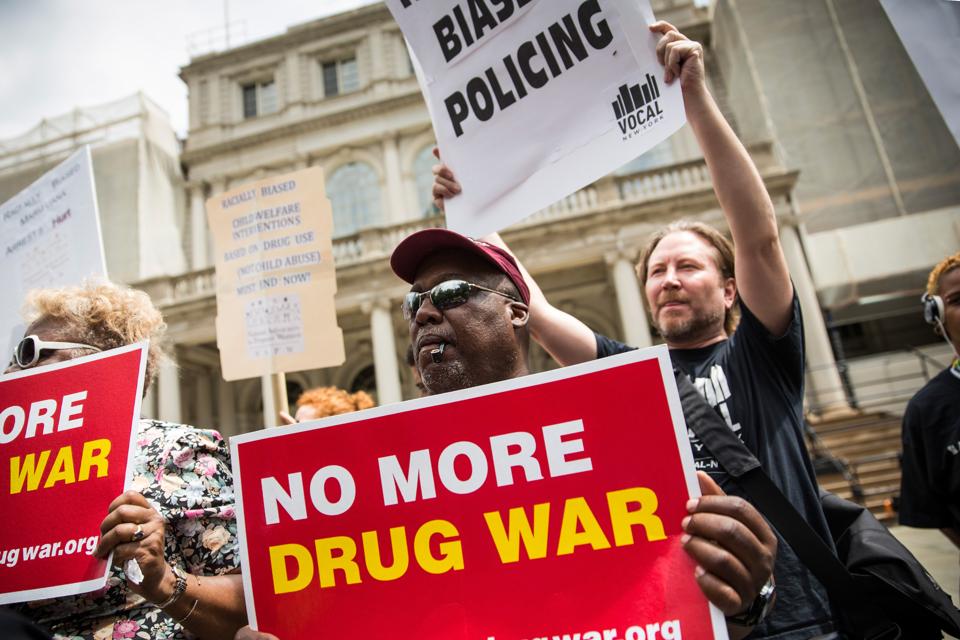 NEW YORK, NY – JULY 09: Don Cannon protests on the steps of New York City Hall in support of the proposed Fairness and Equity Act, which would attempt to reform racially biased arrests in regards to marijuana possession in New York state on July 9,

Albany, N.Y. — The Governor of New York signed a bill Monday that enhances the state’s current cannabis decriminalization law. The new law decreases penalties for possessing small amounts of cannabis and allows for the expungement of some past convictions.

As of Aug. 28, getting caught in possession of under one ounce of cannabis will result in a $50 fine, statewide, or a maximum penalty of $200 for possession of one to two ounces.

Gov. Andrew Cuomo signed the new legislation into law, making unlawful possession of cannabis a violation, similar to a parking ticket, rather than a crime.

Additionally, the law also requires that conviction records assigned to low-level or non-violent marijuana cases either be marked as expunged or destroyed.

Parroting the familiar rhetoric of the Drug Policy Alliance (DPA), the American Civil Liberties Union (ACLU) and other harm reduction and drug policy reform organizations, the governor said in a statement. “Communities of color have been disproportionately impacted by laws governing marijuana for far too long, and today we are ending this injustice once and for all.”

Advocates for adult-use cannabis legalization acknowledge the law is a step forward, but also criticize that it falls short of addressing a plethora of negative consequences that come with having a cannabis violation.

Deputy Director for the New York Drug Policy Alliance, Melissa Moore says, “This bill fails to address the collateral damages of prohibition, including affected individuals’ access to employment and housing, as well as address family separations, immigration rights, and other avenues to economic security. Given the extensive, life-changing inequities created by discriminatory and draconian enforcement policies, true justice requires the allocation of tax revenue to community reinvestment programs for impacted communities. We are incredibly proud of our communities and supporters for generating the momentum necessary to force legislators to pass a law authorizing automatic expungement.”

Under the decriminalization bill, the threat of probation violations and removal still looms large for people who are found in possession of marijuana. One gentleman who is married to a U.S. citizen and has two American-born children is on the ICE removal list for being in possession of a .2g of pot nearly two decades ago.

According to New York’s Division of Criminal Justice Services, at least 24,400 people will have their records expunged while more than 200,000 convictions for low-level marijuana offenses, will be sealed. State lawmakers attempted to legalize adult use cannabis this year. Fully legalizing marijuana was purportedly one of Gov. Cuomo’s top legislative goals for 2019. However, the legislation stalled after Democratic state leaders failed to reach a consensus on crucial details during the final days of the legislative session.

Associated Press contributed to this report.