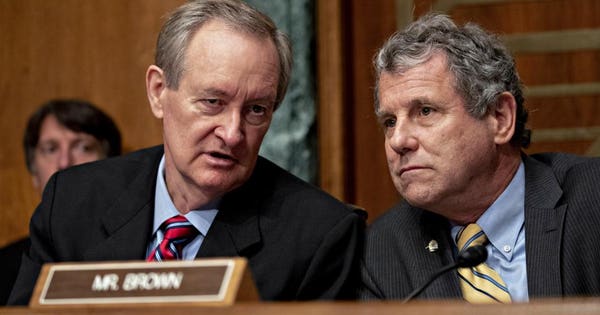 In September 2018, a member of my company’s executive team spoke on Capitol Hill about the lack of financial services available to cannabis companies and the challenges of operating in an all cash environment. Just weeks later, we received notice from one of our financial services providers that it was terminating its relationship with Green Bits because of our own service to the legal cannabis industry.

Green Bits is technically what is known as an ancillary cannabis company, meaning nothing we do touches the cannabis plant at all. Instead, we help cannabis retailers and dispensaries manage their businesses and stay compliant with state laws. We are a step removed from any activity that the US government would declare illegal under the Controlled Substances Act. Yet, we are subject to the same heightened scrutiny, and financial services institutions have the same aversion to working with us as they do with companies that actually grow and sell legal cannabis products.

Senator Mike Crapo, a Republican from Idaho and chairman of the Senate Banking Committee, left, talks to ranking member Senator Sherrod Brown, a Democrat from Ohio, during a hearing on challenges for cannabis and banking in Washington, D.C., U.S., on Tuesday, July 23, 2019. Analysts said the hearing will be scrutinized for signs about how receptive Congress may be regarding enabling financial services for pot companies. Photographer: Andrew Harrer/Bloomberg

Last week, cannabis banking was once again discussed on Capitol Hill. The U.S. Senate Committee on Banking, Housing and Urban Affairs held a hearing to review a leading bill that would allow federally overseen financial institutions to serve cannabis-related businesses. If passed, the Secure and Fair Enforcement (SAFE) Banking Act would protect banks from federal prosecution as long as the cannabis businesses they work with comply with the laws in the states where they operate.

Unfortunately, Tuesday’s hearing provided little insight on the SAFE Banking Act’s prospects for Senate passage. Despite bipartisan support in the House and except for committee chairman Sen. Michael Crapo (R-Idaho), no Republican members attended. Interestingly, Sen. Crapo’s state has yet to even legalize medical cannabis. He will, however, be influential in determining whether this bill ever reaches the President’s desk.

Sen. Crapo’s attendance and comments Tuesday surprised many SAFE Banking Act watchers, indicating he may be more willing to see cannabis banking progress than previously thought. Just a few months ago, he expressed reservations about cannabis banking legislation. He argued that cannabis remains illegal under federal law, so it’s an issue for the Justice Department to reconcile before Congress acts. Aside from this concern, Crapo personally opposes recreational use. On Tuesday, however, he seemed receptive to arguments in favor of the bill.

For example, the bill’s lead sponsor, Sen. Jeff Merkley (D-Ore.), explained that conducting business solely on cash transactions widens the chances of money laundering and other crimes. Other speakers noted the extreme obstacles small businesses face, including that many are unable to even break into the industry because of the lack of access to financial services and insurance. Sen. Cory Gardner (R-Colo.), another co-sponsor, pointed to the bill’s unprecedented bipartisan support, which is rare in today’s political climate.

Many of the arguments made during the hearing harken back to a letter banking associations from all fifty states and Puerto Rico sent to Sen. Crapo and the committee in May. The letter argued that an urgent need exists for banks to serve the cannabis industry, which can only be solved with federal action like the SAFE Banking Act. It was yet another sign of unity on this issue and growing support for the bill.

Public opinion on cannabis legalization is clear. According to a Gallup poll from last fall, nearly two-thirds of voters now back legalization. For comparison, that is more than the percentage who are for increasing government spending on military and national defense (45 percent), and even more than the number who support gay marriage (63 percent). The support cuts across demographics and political ideologies. Cannabis is only becoming more accepted. No hot button issue commands the support that cannabis legalization commands.

Despite all the strides the industry has made, two years after our bank unceremoniously gave us the boot, many legislators, particularly in the Senate, are still avoiding taking action. Meanwhile, cannabis businesses and ancillary companies like mine continue to struggle to find financial institutions willing to meet their basic needs. As the industry grows, the disconnect between federal and state law only becomes more pronounced.

At the close of Tuesday’s hearing, Sen. Crapo agreed that the problem of cannabis banking should be resolved. While it is unclear whether this means he will advance the SAFE Banking Act, the comment alone provided another small glimmer of hope that we’re taking a step in the right direction.