With medical and recreational marijuana being legalized in states across the country, cannabis and related products are hitting an eager market, but often without scientific studies to back up product claims.

That puts consumers at a disadvantage, but the situation may have a silver lining. Harvard Medical School Associate Professor Pieter Cohen and Joshua Sharfstein of Johns Hopkins’ Bloomberg School of Public Health argue in a recent article in the New England Journal of Medicine that regulation of one marijuana product, cannabidiol or CBD, has become tangled up enough in conflicting supplement and prescription drug laws that it might present an opportunity to clean up the U.S. supplement market, which is rife with false claims and impure, even hazardous, products.

The Gazette spoke with Cohen, a physician and supplement researcher at HMS-affiliated Cambridge Health Alliance, about CBD’s legal troubles, scientific uncertainty about its medicinal properties, and the potential for Congress to pass a two-birds-with-one-stone legal fix.

GAZETTE: What is cannabidiol and what are the supplements used for?

COHEN: CBD or cannabidiol is one of the active ingredients — there are over 80 — in recreational cannabis. Probably the most famous is THC, which has psychoactive effects. This is more lore than fact, but the thinking is that CBD confers recreational cannabis’ relaxation effects without its mind-altering effects.

GAZETTE: Is “lore” part of the problem? We have to rely on mythology rather than science because legalization has raced ahead of our understanding of what CBD does in the body?

COHEN: Yes, that’s a big problem. Just a few years ago, the only time that people would be exposed to any quantity of CBD would be when they were using recreational cannabis. And in that setting it would be a relatively small amount of CBD combined with all the other components that are found in the cannabis leaf. So, isolating this one chemical from cannabis and just using that is brand-new, an entirely a novel idea. With that said, it has been studied as a prescription drug. It has been used to treat two different rare seizure disorders.

GAZETTE: And it’s now being marketed how?

COHEN: Given the narrative that has developed around CBD — that it’s safe, offering not just relaxation but also pain relief, among other indications — it’s being marketed in a variety of different products. It’s now being added as an ingredient in different foods. It’s in many different supplements, sold in pills and capsules used to improve health. And it’s also in a variety of topical creams and lotions.

GAZETTE: So people marketing CBD are saying the anecdotal evidence is out there that it does XYZ and we’re going to make a few bucks?

COHEN: You got it, and it’s possible because of the laws surrounding supplements. Unlike food, supplements can be sold as pills that will improve consumers’ health. As long as the companies selling supplements avoid specific disease claims, such as “this will treat diabetes,” they can pretty much market CBD for a wide variety of indications, even though there’s no proof that it actually works in humans.

GAZETTE: Is that why the supplements industry has been compared to the Wild West?

COHEN: That is part of the reason. One of the reasons is that the claims in supplements do not have to be supported by studies in humans. That means you cannot trust what are called “structure/function claims” that are on supplement labels. But that’s only one of the reasons why it’s often described as the Wild West. It’s also because of what can be included, what has been included, and what’s been found in supplements. What we have seen is that the labels of supplement bottles often do not reflect what’s inside them. Ingredients might be a different dose than what’s on the label; they might include adulterants that aren’t even listed on the label. Sometimes very confusing, vague names are used to introduce potent drugs into the supplements. Hundreds of different supplements have been found that contained pharmaceutically active drugs. Some are legally sold in supplements, like a natural version of lovastatin, but others are not legal supplement ingredients, like the stimulants or steroids that have been found in countless brands of supplements.

GAZETTE: Why are CBD supplements, in particular, a cause for concern for the FDA?

“The whole industry could benefit from higher safety standards for all supplements and higher consumer trust.”

That’s number one. The FDA has made it clear, though, that even if that legal issue didn’t exist, even if they were to exempt it from that prescription drug provision, they would need to carefully consider the safety of CBD to determine whether it’s safe to be placed in supplements, and if so at what dose. And that is a complicated question that requires time and thought to decide. It’s very likely that there is a dose that could be determined to be safe in humans by experts, but we need to collect a lot more data than we have right now. So, the FDA is worried about it being widely sold in supplements and introduced into food, both because its sales are prohibited because it’s a drug and also because they don’t know what dose is safe yet. And these products are coming out, and the dose is all over the map. We also already know the dosages in CBD supplements are often inaccurately labeled, just as they are with other supplements. So consumers can’t even figure out what they’re getting before they use them.

GAZETTE: And to make matters more complicated, some states are ignoring the FDA prohibition because they already legalized cannabis?

COHEN: It seems that some states are saying that CBD products are not permitted to be sold because the FDA says so, and other states are permitting their sale. So it’s a very confusing market right now.

GAZETTE: And you’re suggesting a congressional solution that could fix not only this but also the broader supplement market?

COHEN: CBD offers a political opportunity for us. There are a variety of different stakeholders — consumers and cannabis advocates who want more access to cannabis-type products, supplement industry lobbyists and other supplement advocates who want to profit from this, and farmers in the South, like Kentucky, Senate Majority Leader Mitch McConnell’s state, who have the opportunity to now grow a variety of cannabis designated as hemp by the 2018 Farm Bill — all of whom would like to see CBD legalized.

There’s a lot of pressure to do that, but there’s no quick path to market because of the prior approval as a drug. So Congress could step in to make CBD something that could be directly assessed by the FDA as a supplement ingredient, ignoring the fact that it was a previously approved drug. Simultaneous with that, Congress could take the opportunity to reform key parts of the supplements law that could improve the safety of not just CBD, but all the ingredients that are being introduced into supplements and into foods.

GAZETTE: It sounds great for consumers — you’re going to get what you pay for and not get anything that’s potentially hazardous or ineffective. Is this the kind of thing that might be opposed by the supplement industry or the food industry?

COHEN: There might be some hesitancy for the supplement and food industry to support a bill like this because they might prefer a straight-ahead CBD bill without any other reforms. However, if it’s a balanced bill and creates more consumer trust in supplements, that’s something that the industry could greatly benefit from, and not just the part of the industry that is already selling CBD products. The whole industry could benefit from higher safety standards for all supplements and higher consumer trust.

GAZETTE: That would come at the cost, though, of conducting additional studies, right?

COHEN: It would mean there would be increased barriers for entry. So yes. This is only for new ingredients, but if a firm wants to introduce a new ingredient, it would require additional studies. They would not necessarily be in humans — the types of studies have not been determined yet — but they would need to provide additional evidence of safety prior to sale. 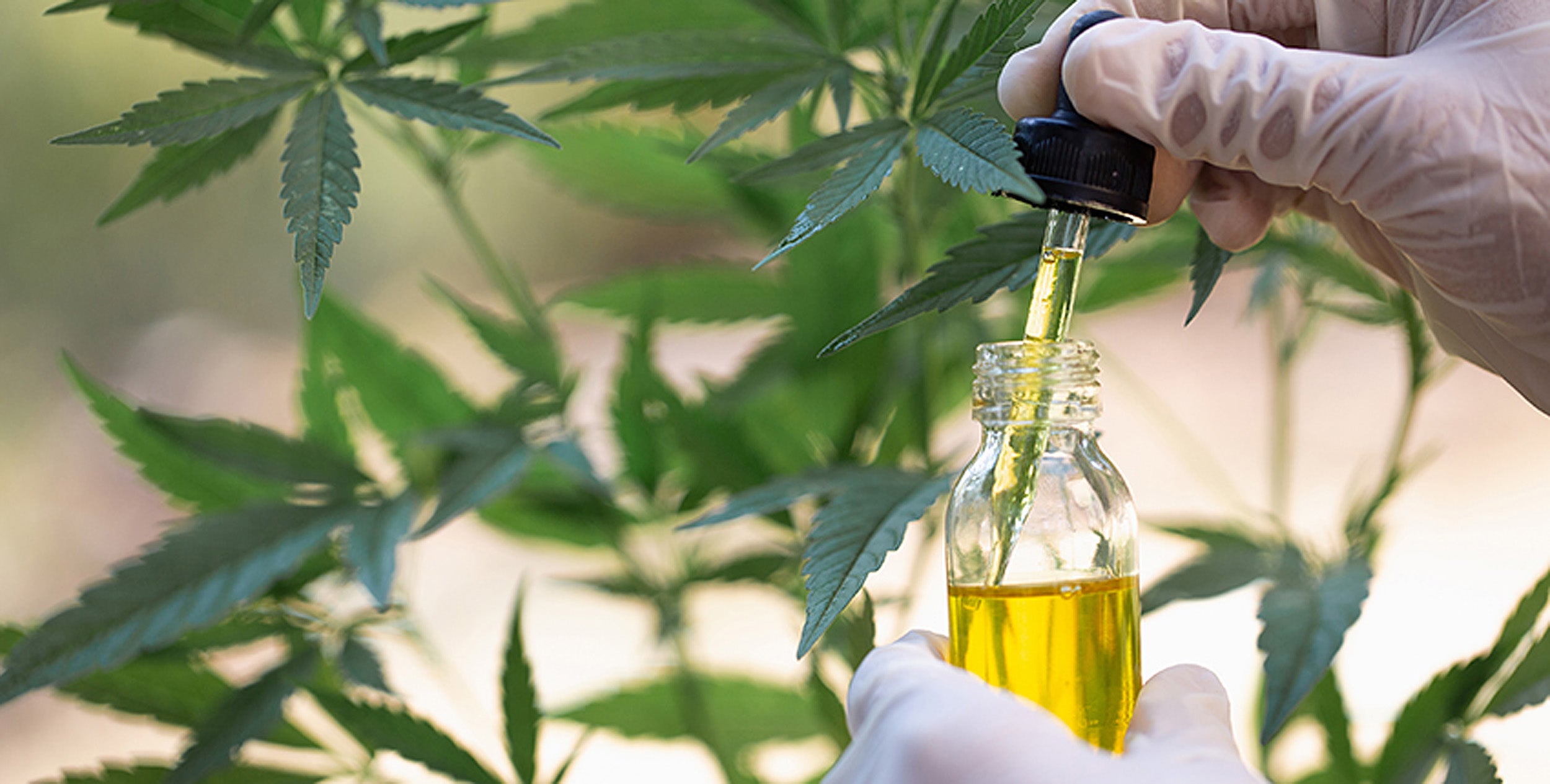 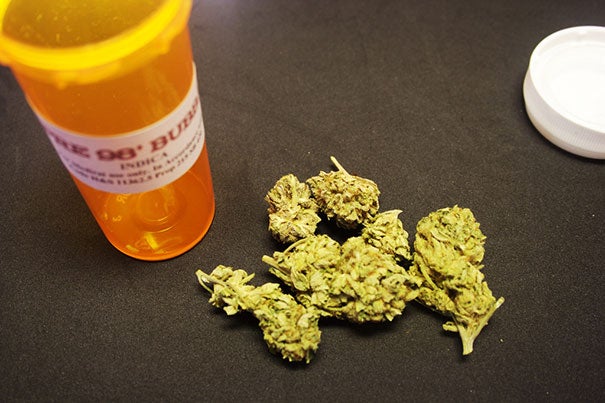 Now, this is something that the companies are supposed to be doing anyway under the current law, but have failed to do. Companies are supposed to ensure that, for any ingredient they’re selling as a supplement, the dose in the supplement is safe. Basically this is setting up a system where that happens automatically, because what’s happened with CBD so far is actually what has commonly happened with new ingredients introduced into supplements over the last quarter-century. Companies come up with some marketing idea: “Oh, CBD, or X new ingredient, will relax you” and — if they can get the buzz going among consumers — they start selling it in supplements. This happens literally without telling the FDA, and that’s about all the vetting that’s done. So CBD is just exposing business as usual in the supplement world.

What Josh Sharfstein and I are arguing in our New England Journal of Medicine paper is that system is failing consumers. We describe situations in which consumers have died because of this failure to vet ingredients for safety prior to introducing them into supplements. We’re saying that’s no longer acceptable, and hopefully CBD will raise public awareness of this problem and raise interest from a broad enough group of people that we can pass the reforms that we’ve needed for years.