A little more than a week after holding a long-delayed hearing on cannabis banking, Senate banking committee chair Sen. Mike Crapo (R-ID) signaled that he would be open to a reform bill.

A banking reform bill won’t proceed until Sen. Mike Crapo allows it. So this is a huge step forward.

Late last week Sen. Crapo, who chairs the Senate Committee on Banking, Housing and Urban Affairs, acknowledged that the current hurdles that prevent the cannabis industry from putting money in federal banks simply do not work. Those barriers force businesses to often operate on a cash-only basis, denies them access to bank loans, and leaves thousands of employees vulnerable to robbery.

As head of the banking committee, Crapo’s gatekeeper status makes his vote necessary for any measure to move forward to a full Senate vote.

The Idaho senator has made it clear that he remains opposed to any form of legalization. He also indicated that he’s open to the banking issue, but doesn’t necessarily support the bipartisan Secure and Fair Enforcement (SAFE) Banking Act, which is currently the leading vehicle for reform. The SAFE Banking Act would enable banks to work with the cannabis industry in legal states. Sen. Crapo could propose an amended version of the bill, or a completely different plan altogether, to put an end to the era of banking prohibition.

“We now need to, I think, move forward and see if there’s some way we can draft legislation that will deal with the issue,” Crapo told Wikileaf’s Matt Laslo at the U.S. Capitol late last week. 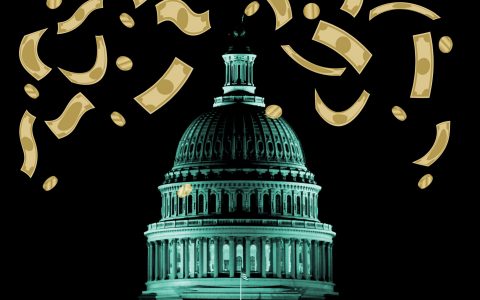 Courting Crapo: Today’s Senate Banking Hearing Was All for One Man

Crapo’s statements come on the heels of a July 23 committee hearing that focused on the SAFE Banking Act. Lawmakers and advocates alike were surprised the hearing itself even happened. Crapo represents one of the three states that continue to outlaw all forms of cannabis. The Idaho senator had previously said he wouldn’t conduct such a hearing while cannabis remained federally illegal.

“Senator Crapo’s willingness to hold a hearing recently on the SAFE Banking Act was very encouraging,” Michael Correia, director of government relations for the National Cannabis Industry Association, told Marijuana Moment. “We’re thrilled to learn that he is open to solving this important issue and we are looking forward to working with the senator,” he added.

During the hearing, as Leafly reported, the banking committee heard from proponents of reform, including Sen. Jeff Merkley (D-OR), one of the sponsors of the SAFE Banking Act. Merkley appealed to Crapo’s small government sensibilities, reminding him that “the federal government is exercising a heavy hand” by prohibiting banks from engaging with the industry. Legal states are “exercising their states’ rights,” to conduct business, Merkley added, in a nod to Republicans’ traditional support of states’ rights.

Crapo also heard from Rachel Pross, the chief risk officer for Salem, Oregon-based Maps Credit Union. Like Merkley, she tried to make a personal appeal to Crapo. Under current laws, Pross said, “even financial institutions that choose not to bank the cannabis industry risk unknowingly banking this business.” Her example: the supermarket chain Albertsons, which is based in Crapo’s home state of Idaho and has stores throughout the West.

A Huge Boon for Businesses

While it’s unclear which facts did or didn’t influence Crapo’s decision, the hearing clearly made an impact. “I think all the issues got well vetted,” Crapo said. When Wikileaf’s Matt Laslo later asked the senator whether it is imperative to eliminate the barriers that have forced cannabis businesses to operate solely in cash, he responded in the affirmative. “I think so,” Crapo said. “Yeah.”

That answer may have huge implications for the cannabis industry, and in particular for small businesses that can’t compete without loans or other traditional banking services.

While the end goal is clear enough, the path towards it remains unclear. Crapo may work with his peers on the banking committee to amend the SAFE Banking Act, in an effort to make it more appealing to Senate Majority Leader Mitch McConnell (R-KY).

His party seems to be with him. “If [Republicans] wanted to blow it up they would’ve been [at the hearing],” pointed out Sen. Cory Gardner (R-CO), a sponsor of the SAFE Banking Act. “So I look at that as sort of an acknowledgment that this is now just a status quo issue and not something that they’re going to try and interfere with.”