EDITOR’S NOTE: NJ Cannabis Insider features exclusive, premium content for those interested in getting in on the ground floor or expanding their operation. View a sample issue. On Oct. 2, NJ Cannabis Insider hosts its fall live event, featuring leaders in the medical marijuana and legal cannabis industries. Early-bird tickets are now available.

If it seems like CBD products are everywhere — in your bodega or grocery store, advertised on chalk boards outside of florists, fitness studios and pet shops — it’s because they are.

But fewer stores like North of Normal focus entirely on CBD and hemp products.

Owner Jessica Saltstein didn’t have a background in cannabis or retail when she opened the Lambertville shop in April, just across the Delaware River from Pennsylvania, which also boasts a growing medical marijuana and has begun to wrestle with idea of legalization. But she hit the ground running with research, vetting the products and finding trusted suppliers in the CBD market, where the rules can be unclear — if they exist at all.

Some who use CBD have hailed the salves, gummies and tinctures as miracle cures for anxiety, insomnia and pain caused by inflammation they’ve long endured; others caution it could be the latest snake oil craze. In July, the FDA warned Curaleaf, which operates a dispensary in New Jersey, to stop advertising its CBD products as a cure for cancer and Alzheimers disease or a substitute for opioid pain relievers.

“If you go and look at some of these CBD products, they have various dosages and patients will tell you it’s wonderful and, ‘It changed my life,’” Jordan Tishler, president of the Association of Medical Specialists, told NJ Cannabis Insider. “This is interesting in and of itself because most of these dosages aren’t enough to achieve a threshold effect. They’re not getting a bona fide effect; they’re getting a placebo.”

Despite a lack of regulation, the burgeoning market continues to grow, and analysts predict it could reach $20 billion by 2024. That never-ending swell of new products can confuse first-time customers who want to try out a trusted and effective product, but become overwhelmed browsing shelf after shelf of tinctures and oils, wondering how they know they’re getting the most for their dollar. 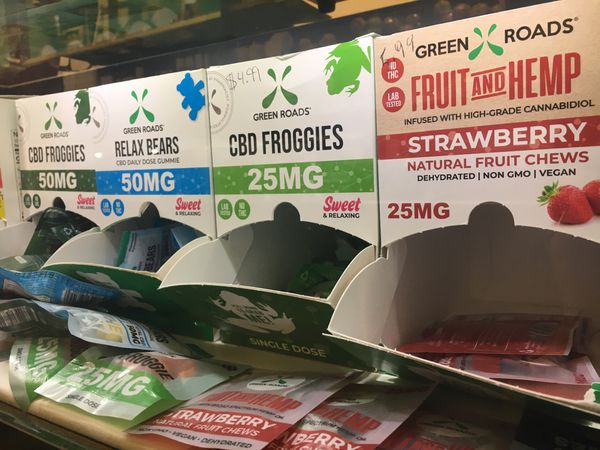 “The only true regulation we have in the marketplace is the discerning nature of the market participants,” said Mike McQueeny, an attorney at Genova Burns representing North of Normal. “From a free market model, you would hope that would be successful. The problem is, there’s such a rush on this marketplace.”

But he said shops like North of Normal, which focus heavily on hemp and CBD rather than just offering seemingly random products or unrelated services alongside the trendy treatments, that have knowledge and can gain customer trust.

Saltstein has moved to get ahead on that rush, seeking to educate the growing number of customers. She has stocked the sleek, downtown store only with products made in the U.S., and she vetted many by looking into the R&D testing they conducted, she said. Now, she has strong relationships with recurring distributors.

And that knowledge is helping her to build a strong customer base, too. North of Normal offers vapes, capsules, coffee, tea, hemp oil, honey, lotions, serums and gummies that she said have kept customers coming back.

“If you have thought of it, we’ve got it,” Saltstein said. 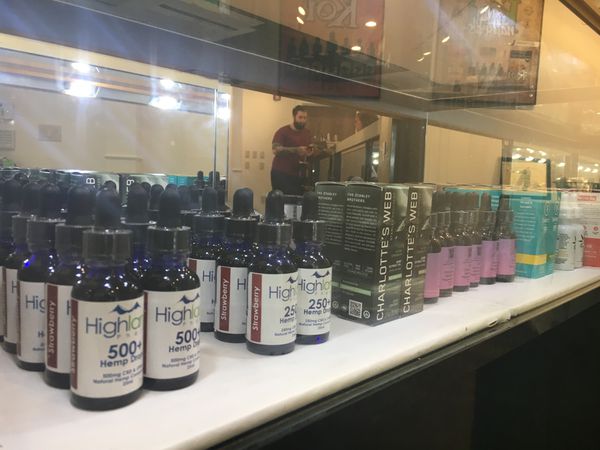 North of Normal sells CBD products like tinctures, gummies, salves and others in its Lambertville shop. (Amanda Hoover | NJ Advance Media for NJ.com)

Surveys point to a growing acceptance of alternative treatments and recreational use, but many remain hesitant about pot shops, or even CBD ones, popping up in their town. Saltstein said her customers represent the town, and certainly aren’t the stereotypical stoner.

She said she would like to eventually marijuana for sell adult use, when legalization happens in the Garden State.

“People want help. They don’t want to be on prescriptions,” she said. “They want to feel better.”