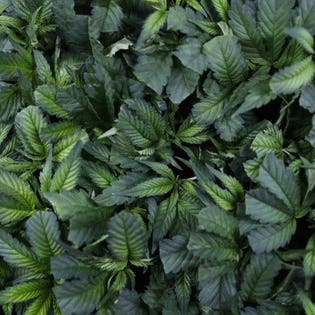 In case you haven’t been plugged into CBD industry news recently, it seems the Farm Bill honeymoon is officially over, as major U.S. banks and payment processors have recently turned their backs on CBD, dropping their existing CBD brand clients.

On March 14, 2019, the largest domestic CBD payment processor, Elavon Inc., a subsidiary of U.S. Bancorp, wrote in an email to its hemp and CBD clients: “After several months supporting this merchant segment, it has become clear that the pace of an evolving federal and state regulatory framework makes it extremely difficult to validate the qualifications required to operate within this industry,”

This came with the announcement that Elavon was ceasing all CBD- and hemp-related business, giving their newly prohibited existing merchants 45 days before their accounts would be closed. This decision was apparently sparked when one of Elavon’s merchants was raided and caught selling THC products mislabeled as CBD products.

Elavon extended the 45-day window to 60 days, and on May 15, Elavon officially dropped all CBD accounts. As a consultant to a CBD brand that was affected by this, I not only saw firsthand what ensued in these 60 days, but I also saw what happened on May 15, when the plug was pulled and things didn’t go according to plan.

But first, let’s rewind to late December 2018 for a moment, when Donald Trump signed the 2018 Farm Bill into law. This made marijuana plants and products derived from them federally legal as long as they contain less than 0.3% THC. This excited all corners of the medical marijuana world.

While you’d think that various American industries would rejoice and open their doors to lucrative partnerships with CBD companies, it seems that a cloud of uncertainty has cast its shadow, causing industries and government agencies alike to remain cautious and still.

The 2018 Farm Bill legalized interstate transportation and transacting with CBD. But it also meant that the government would soon start regulating the industry. It turns out, most American companies would rather wait until those regulations are written rather than build a vulnerable business prone to regulatory change.

Social media giants are included in the list of those standing by. In the six months since the 2018 Farm Bill, CBD brands have remained banned from advertising on essentially all social media sites and search engines.

Now, back to Elavon.

Elavon was responsible for a rumored 90% of online CBD merchant payment processing in the United States. So, on March 14, nearly all CBD brands began scrambling for a new solution before losing their ability to accept credit card payments.

I personally spent days on end calling processing companies and laboriously submitting applications for a CBD brand I work with. I didn’t realize at the time that different brokers were trying to sell me the same one or two solutions, and I was sending redundant applications into the same pipeline, wasting my time and that of others.

But I was not alone.

With Elavon gone, there’s only one bank transacting in CBD, but there are countless firms and brokers authorized to sell this one bank’s services. In the 60 days of panic leading up to May 15, CBD firms were preyed on by brokers hungry for application fees, willing to take your money in exchange for submitting an application you’d already submitted.

When the plug was officially pulled on May 15, the industry was not prepared. So many people had unknowingly submitted duplicate applications that, when May 15 came, we were all stuck waiting in line behind ourselves.

I woke up that morning to an email saying that our application was pending, but the bank was backed up, and nobody knew how long it would take. When I finally got to speak with our broker, they outlined several alternative solutions that I spent the rest of the day applying for. Through all of this, here’s what I learned.

There are four main processing options for CBD brands:

This is what everyone wants, and what Elavon provided, and only one remaining bank now provides. But for companies who haven’t submitted an application yet and aren’t doing at least $200,000 a month in sales, don’t waste your time applying before the dust settles.

Domestic e-check solutions are available to brands of any size. This alternative payment method doesn’t rely on banks and has been largely unaffected by recent changes. While e-check percentage rates are generally lower than international processors, they’re accompanied by additional monthly charges and setup fees.

This option is available to brands of most sizes, primarily in the EU, where CBD regulation has been quite loose. In recent weeks, however, things have tightened. MasterCard is now requiring that, in order to process MasterCard payments through an EU merchant, a company must actually have an EU address. Visa is expected to adopt this policy by the end of the year.

If you’re swiping credit cards on location, then you may be in luck, as there are some credit card payment terminal providers, like Naturepay and GreenBox, who are still in the game. This is what the dispensaries use. It puts the money from the swiped card into your bank account.

While it feels like CBD brands have become the corporate equivalent of undocumented immigrants, they are nonetheless raking in the dough.

By 2025, 10% of U.S. adults may be using CBD, creating a potentially $16 billion market of 25 million consumers. The industry is booming and will continue to evolve rapidly.