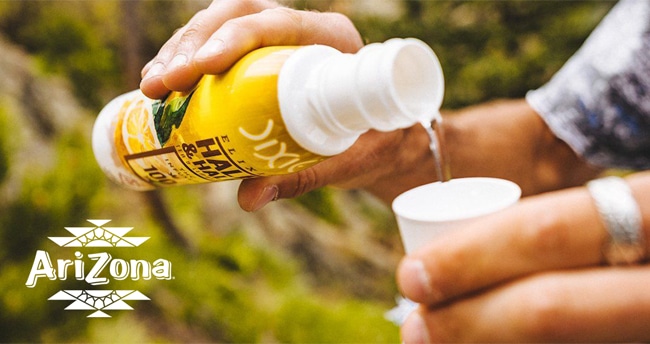 AriZona Beverages will lend its name to a line of THC-infused products, announcing today that it has signed a letter of intent for a three-year partnership with cannabis products maker Dixie Brands Inc.

Speaking with BevNET, Dixie CEO Chuck Smith said the partnership — which at the end of its term can be renewed two times for up to four years — is likely to produce a variety of THC-infused products under the AriZona name, starting with vape pens and gummies.

Smith said that while AriZona is most known for its beverages, the company decided to focus first on vape pens and gummies in order to “speak to the broad base of consumers in the cannabis industry today.” He noted that gummies are the largest selling infused products in the cannabis market while vapes are the largest selling concentrate product. He added that cannabis-infused beverages is a growing segment and that Dixie has “a great opportunity” to create AriZona branded THC drinks “down the road.”

As part of the agreement, AriZona may purchase up to $10 million in shares of Dixie Brands through the exercise of warrants valued at $0.59 per share for a term of up to 24 months from signing the partnership. Dixie Brands, which is headquartered in Colorado, is a publicly traded company on the Canadian Stock Exchange.

Smith said the partnership had “been in the works” for about 6 months prior to today’s announcement. Smith said that while AriZona looked at possible product launches for both CBD and THC products, the regulatory landscape for THC products is currently more defined with less gray space than CBD.

“In terms of THC it is a very controlled and highly regulated environment,” Smith told BevNET. “The distribution channel is very precise through licensed dispensaries, so I think AriZona felt some level of comfort on that. We have nine years track record of doing this, so we understand compliance, we understand the regulatory requirements, and the commercial manufacturing process, so I think they felt Dixie helped de-risk this decision for them.”

Founded in 2010, Dixie produces a variety of THC-infused cannabis products, including drinkable elixirs, chocolates, gummies, mints, topicals, tablets and taffy. The company currently distributes products in Canada, California, Colorado, Maryland, Michigan and Nevada; However, the AriZona products are likely to launch just in California and Colorado before expanding elsewhere. According to Smith, Dixie is currently preparing to add accounts in Oklahoma by the end of 2019 and intends to eventually expand to every state where cannabis is legalized.

According to Smith, the two companies will work together to develop the products. AriZona will promote the line, while Dixie will handle all manufacturing, formulation, and distribution. Smith added that AriZona is likely to lend its broader portfolio of brand IPs to the new line; the company owns the Arnold Palmer Half & Half brand, as well as Good Brew and Golden Bear, though there are not yet any established plans to use these brands for the THC line.

“They certainly have a very distinctive flavor profile across their broad spectrum of products,” Smith said. “They also frankly have great economies of scale across their supply chain, so to the extent this partnership can leverage some of that to bring our costs down on the non-regulated materials we certainly want to take advantage of that.”