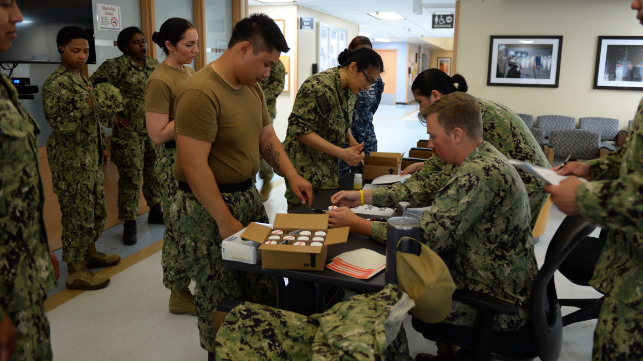 The U.S. Navy has issued a reminder to its sailors that they cannot consume or apply any product containing CBD, or cannabidiol, even though its sale and use is now legal for civilians under federal law.

Last December, President Donald Trump signed the 2018 farm bill, including language allowing hemp cultivation and the transfer of hemp-derived products across state lines. Hemp has extremely low levels of THC, the psychoactive compound that makes marijuana a potent drug, but it does contain cannabidiol (CBD), a related compound with claimed pain-relieving effects. CBD oil is commonly sold over-the-counter in ointments and edible formulations.

Despite the change in the law, Navy policy has not been affected, and all products derived from hemp or marijuana are still banned – even if marijuana and THC are legal to varying degrees in more than 30 states. In the heartland and the South, many state laws put CBD in a legal gray zone, but it is widely sold on the West Coast and in the Northeast.

Commercially-available CBD has not been tested by the FDA, and quality varies widely. Some products do not list all ingredients, making it impossible to know how much CBD, THC or other synthetic cannabinoids they may contain. Their consumption could expose the user to some amount of THC, which is easily detected in a urinalysis screening (and could therefore cause a sailor to fail a drug test).

Sailors who test positive for THC without a valid prescription are subject to mandatory administrative processing and could receive an “Other Than Honorable” discharge, which can affect future veteran’s benefits and employment opportunities. The Navy also reports unlawful drug users to the FBI’s National Instant Criminal Background Check System (NICS), which could affect their ability to buy firearms. From the Navy’s perspective, every servicemember is personally responsible for avoiding exposure to banned substances, even if accidental.

The U.S. Coast Guard recently implemented an even stricter policy related to marijuana usage: Commandant Adm. Karl Schultz has ordered coastguardsmen not to even visit or associate with any business that primarily deals in marijuana or THC.