The Path to Medicinal Use

On September 21 2018, the U.K. Government announced that cannabis-based products for medicinal use would become available for specialist doctors to prescribe legally. Keeping true to their word, November 1 of that year marked a watershed moment towards the approach to cannabis in the U.K., as the Government legalized its use for medicinal purposes. Significant public pressure acted as a catalyst, specifically in relation to the stories of two children: Billy Caldwell and Alfie Dingley and their extraordinary, yet very clear use case. Then Home Secretary, Sajid Javid, conducted a listening exercise on the availability of medicinal cannabis, concluding, „Having been moved by heartbreaking cases involving sick children, it was important to me that we took swift action to help those who can benefit from medicinal cannabis.”

This past December, Carly Barton was understood to be the first patient to have medical cannabis prescribed in the U.K. in order to control symptoms related to her medical condition. By February, Grow Biotech, collaborating with IPS Specials and European Cannabis Holdings were successful delivering the first bulk shipment of medical cannabis to the U.K., sent directly to pharmacies for patients under prescription. The speed with which these milestones passed was truly at breakneck, but not without hard work and deliberation from Government, industry and most importantly, individuals seeking medical assistance from their government.

The U.K. was by no means the first country to legalize medicinal cannabis, with a host of other countries and states having legalized its use over the last few years. Albeit Uruguay was the first in terms of legalizing for recreational use, the test case in respect of a G20 country has been Canada (from where this author hails) where recreational use has been legal since October 17 2018 enacted by Justin Trudeau’s Liberal government. Therefore, although a number of countries progressed policy and statutory change to a greater extent than the U.K., the pace with which the UK has joined the 'green rush’ has been impressive; considering it was only in 2009 its recreational use was reclassified to Class B from Class C, perhaps pointing to the changing view from the public of the drug. 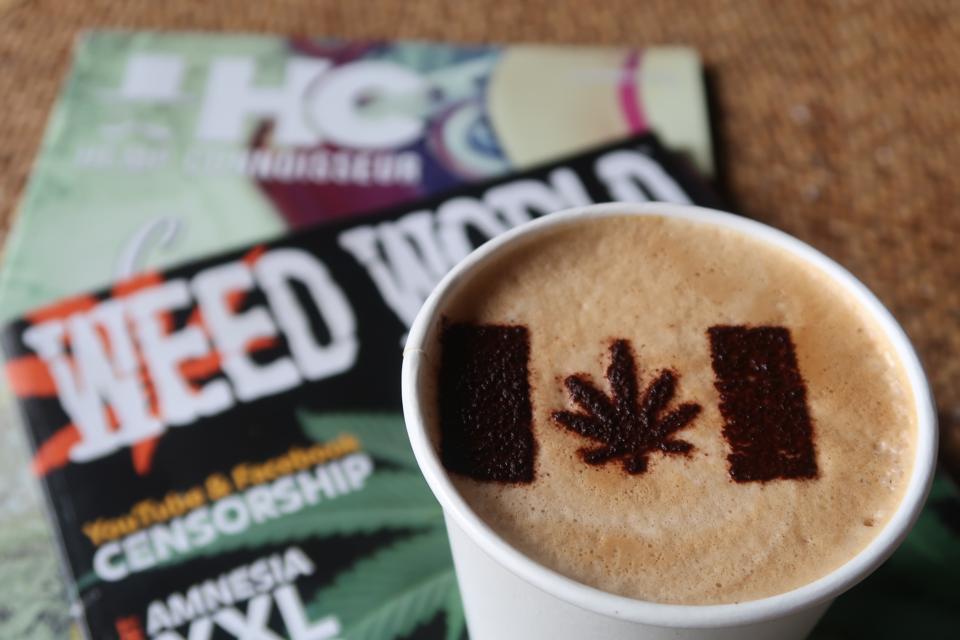 Canada, Toronto: In the cafe „Cannabis & Coffee” there is a cannabis leaf as a marijuana symbol on the milk foam of a Latte Macchiato. (Photo by Manuela Imre/picture alliance via Getty Images)

With that said, the initial optimism for Government support has started to wane with a number of challenges to a fully operational medicinal regime arising. Namely, there have been frequent complaints of the inability for patients to access medicinal cannabis in the U.K.. Reported numbers have varied, but prescriptions are understood to be well under double digits, with some reports as low as two. Contrast that with a recent poll, conducted by YouGov and commissioned by the Conservative Drug Policy Reform Group where 77% of respondents supported the use of medicinal cannabis in the U.K., while 48% of respondents favored legalizing recreational use of cannabis. 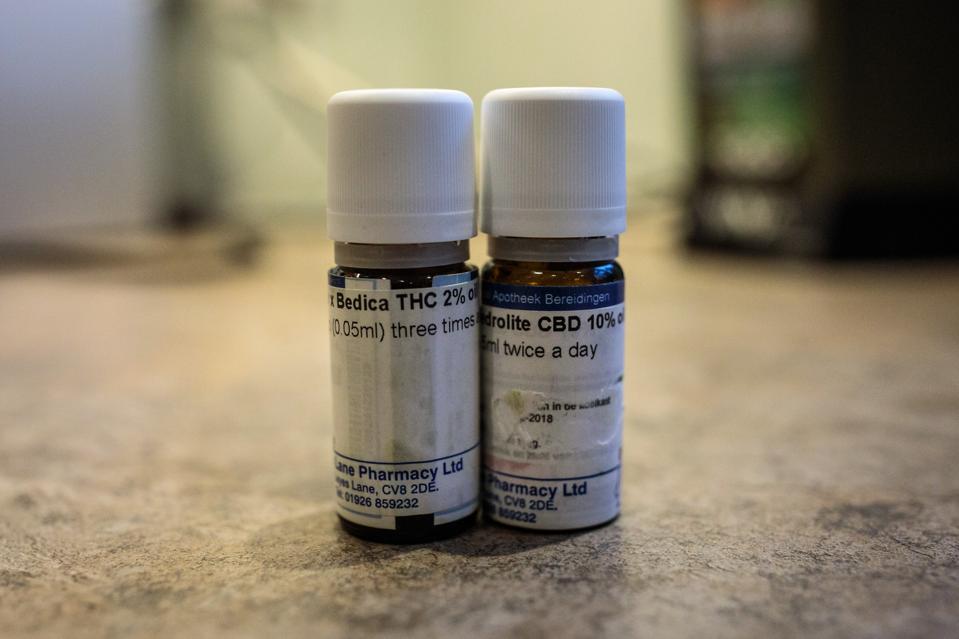 On  July 3, the House of Commons Select Committee’s (the „Committee”) report on medicinal cannabis was released where it made a number of recommendations, including, increasing research in the field of medical cannabis. It is perhaps no real surprise that the Committee did not recommend cannabis medicines could be exempt from randomized double blind controlled trials („RCTs„), to which medicines are subject. Nevertheless, the Committee received evidence submitting that manufacturers could face challenges to conduct RCTs in line with the status quo. The normal pharmaceutical approach is to compare a single molecule to a placebo. It was suggested to the Committee, that RCTs were not necessarily a type of trial that could be undertaken with the cannabis plant, therefore an alternative process might well be required for the approval of medicinal cannabis products.

The recommendations of the report were encouraging overall. However, there exists an overarching degree of caution permeating throughout the report and reflected in the Government’s view of the use of cannabis-based medicinal products (CBMPs) domestically. The report rightly suggested that the UK could definitely learn from other EU member states, but for now at least it is advocating a more careful approach following doctors’ concerns about a lack of evidence to support prescribing CBMPs for certain conditions. Education will be paramount in improving access.

A main concern which was highlighted and remains outstanding is how to incentivize companies in this nascent industry.   Business needs to have reason to undertake the necessary R&D in order to advance the clinical research that the Committee calls for. In the report it was acknowledged that this remains a key barrier to advancing the industry, recognizing the oft-cited roadblock of the difficulty in obtaining patents for medicinal cannabis products. This remains a significant issue and perhaps why there is a reluctance for companies to invest in traditional pharmaceutical R&D as realizing their investment in R&D is not certain. This practical obstacle which government acknowledges highlights the clear disconnect between it, the public support for access to medicinal cannabis and the need for business to be financially incentivized in order to facilitate patient access. In short, the report can be seen as a welcome step advancing the discussion in the public sphere, but it also shows a discrepancy between public perception and the scope in which Government will provide access, or lack of it. With David Lammy MP, among others, now advocating for change after a recent trip to Canada, the Government will need to consider the views of the UK public in short order.