Cronos Group posted a bigger-than-expected $17.8M adjusted loss in its second quarter, as costs ballooned. The company says higher processing costs and marketing expenses were partly to blame. On the conference call, CEO Mike Gorenstein also told investors to expect its adjusted EBITDA losses to widen in the second half of the year. Shares began the trading day higher but made their way into negative territory throughout the session.

Spectrum Therapeutics, Canopy’s medical division, will now be Medical Pharmacies Group’s preferred medical cannabis supplier and educator after striking a five-year service agreement. Medical Pharmacies is the largest specialty pharmacy in Canada and focuses on seniors in long-term care and retirement homes. Spectrum says its colour-coded products are especially appealing to seniors, who still face barriers when it comes to access and knowledge of medical cannabis.

Pot industry getting a pass on corporate governance

York University professor and governance expert Richard Leblanc says the entire pot industry has been getting a pass on corporate governance. In a BNN Bloomberg interview, Leblanc flagged a number of flaws in CannTrust’s boardroom practices including a lack of independence among its executive ranks and no formal whistleblowing procedure. He is calling on regulators to crack down on governance issues in the sector because shareholders are ultimately paying the price. 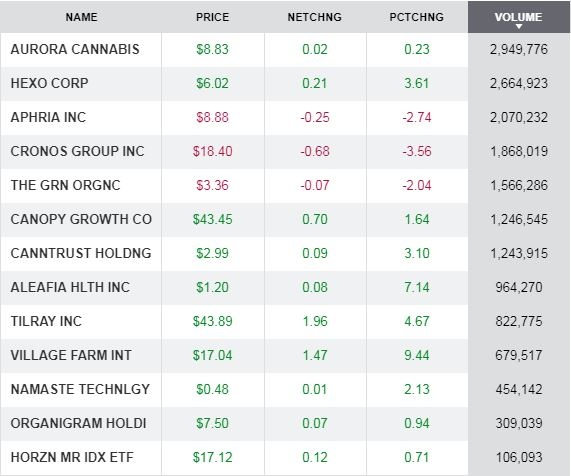