While the number of merger and acquisition deals involving public companies as acquirers continues to outpace private ones, the percentage of overall M&A transactions involving public buyers is slightly lower in 2019 than year-to-date 2018, 71% versus 78%.

In total, 233 M&A transactions have been completed so far in 2019 versus 185 for a similar period last year.

This weekly series from Marijuana Business Daily and Viridian Capital Advisors provides the latest data on cannabis investment activity and M&A, along with key takeaways, analysis and trends based on recent market moves.

The data below, provided by Viridian Capital Advisors, is through the week ended Aug. 2.

For more analysis and in-depth looks at the investment trends and deals driving the cannabis industry forward, sign up for our new premium subscription service, Investor Intelligence. 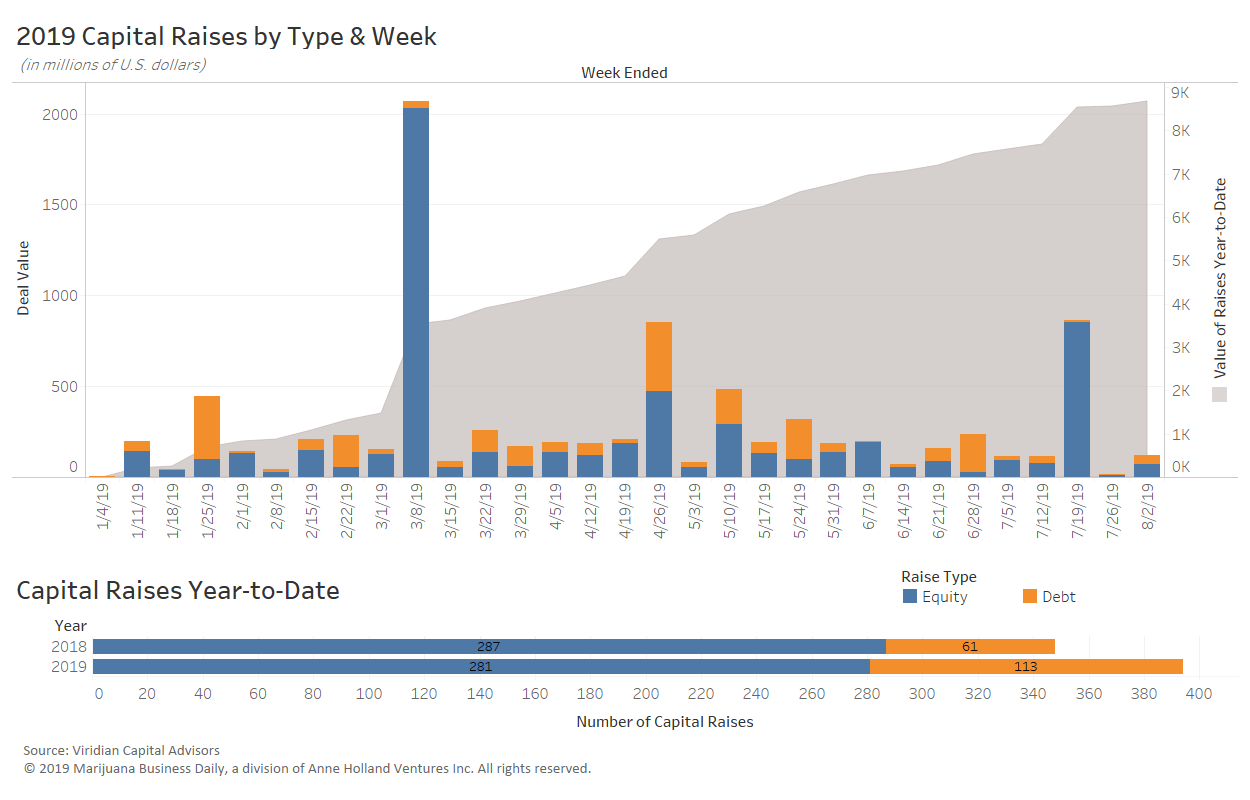 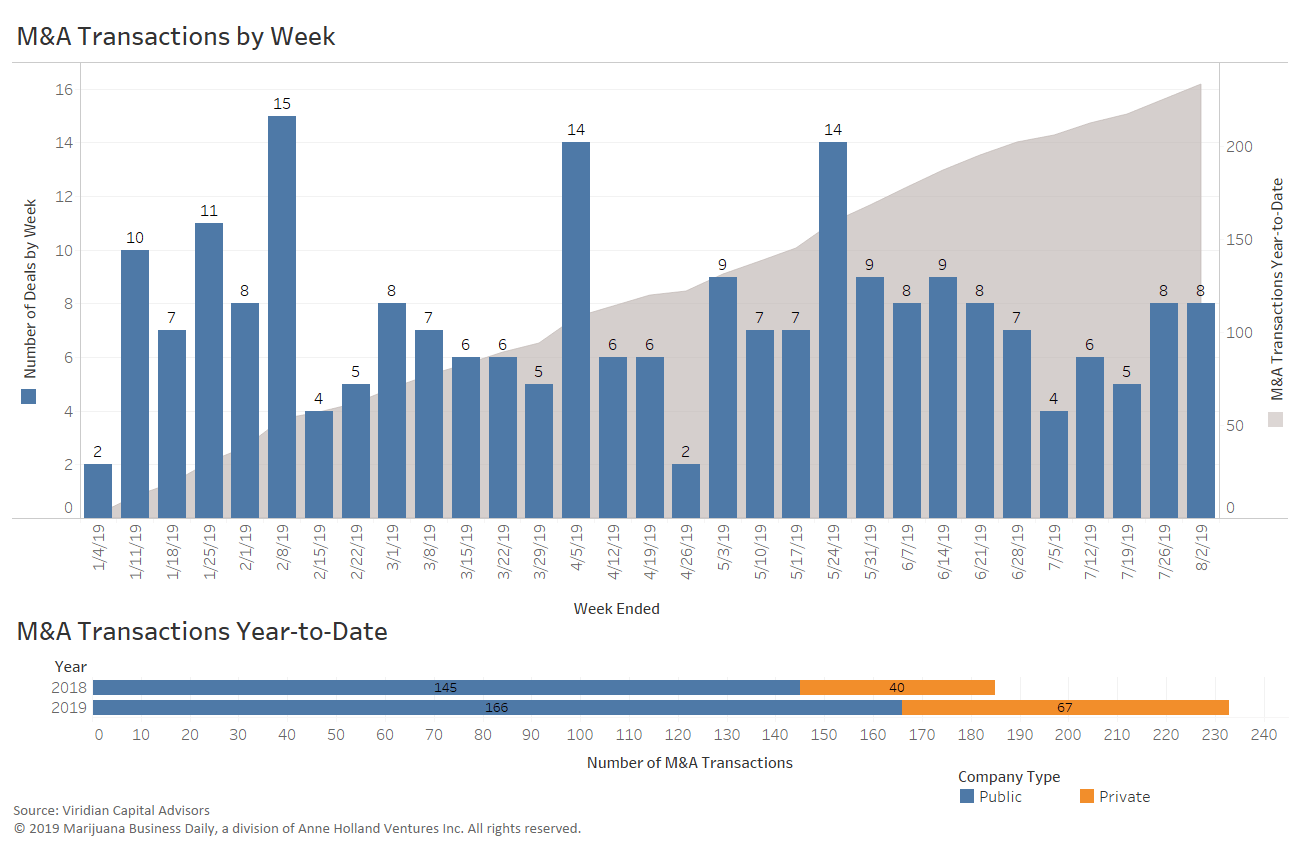