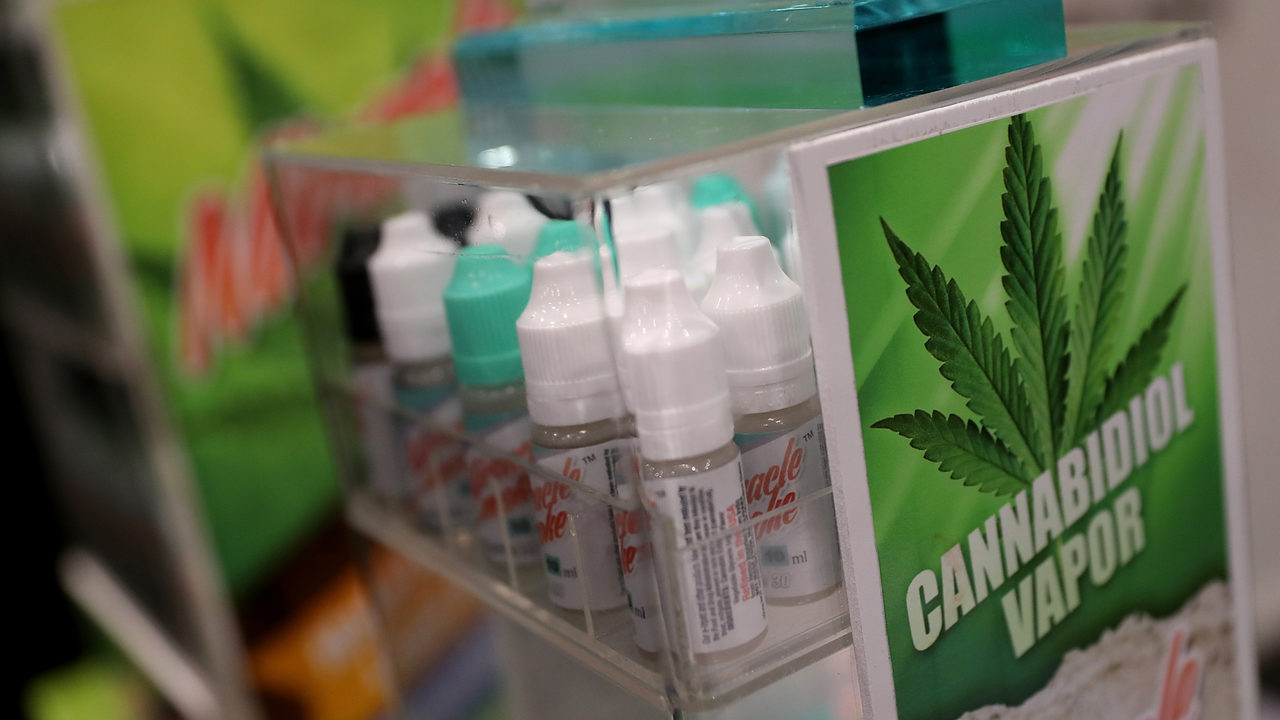 A few years ago, had you even heard of cannabidiol, better known as CBD?

We ask because these days, it seems to be everywhere: major companies are making and carrying CBD products, and it’s even showing up in beauty products, muscle rubs, supplements and food.

Analysts project the CBD industry will be worth more than $20 billion by 2022, according to Time magazine.

CBD is clearly big business. But is it safe? How familiar are you with this cannabinoid?

The most familiar of the cannabinoids is THC, which is the compound in pot responsible for the psychoactive effect of getting you high, said Dr. Frank McGeorge, a health reporter and emergency room doctor. But this is different from CBD.

CBD and THC are both extracted from cannabis sativa, but they have different effects, McGeorge pointed out in a recent report.

And cannabis sativa, by the way, can be cultivated to produce different levels of THC. For example, plants that produce more than 0.3% are considered marijuana. Anything lower is considered hemp, which is legal on a federal level across the United States, as of last December.

[ READ NEXT: 9 questions you’ve been too embarrassed to ask about CBD, answered  | The man who created Jelly Belly is making CBD-infused jelly beans | This honey aims to save millions of bees — and it’s infused with CBD ]

In the article mentioned above, a medical cannabis expert and pharmacy professor from the University of Michigan weighed in, saying human research on the effects of CBD have been limited.

There’s a lot to be learned, including what an optimal dose might be, or any potentially harmful side effects.

When CBD was legalized, the industry exploded, and people started selling products that made broad, largely untested medical claims, forcing the FDA to examine and regulate these products more closely, McGeorge said.

Epidiolex is the name of the FDA-approved form of CBD, which is used to treat certain seizure disorders.

And now, we have some important questions that remain unanswered, including how CBD might interact with other drugs or medications, how much is safe to consume, whether there are any risks with long-term use, and the possible effects on children and pregnant women.

Based on studies performed thus far, we can infer there are very few harmful effects. For example, sleep disturbances have been reported. The bigger question might involve drug interactions, McGeorge said.

For the record, the World Health Organization has stated that “no public health problems have been associated with the use of pure CBD.” Peer-reviewed evidence suggests the same, Time magazine said.

So why not classify CBD as “generally recognized as safe?” Caffeine and vitamin B12 have earned that designation.

“The most likely reason, at this point in time, is that there has not been enough experience and study,” McGeorge said. “Keep in mind that CBD, although it has been (around) for many, many decades, was under a research ban because of its association with the cannabis plant that was previously considered illegal. Experience and research with CBD is many decades behind compounds that were identified at a similar time. There will be much more research and clinical experience needed to truly say that it is ‘safe.’”

If you’re going to buy CBD

Just keep in mind, these products on the market are unregulated, so it’s not always clear if they contain the CBD they’re said to contain, or whether there might be any possible contaminants involved.

So long as you’re going in with a grain of salt, CBD is said to be particularly effective if you’re looking to treat an anxiety disorder, inflammation or chronic pain. As is the case with all medical-related issues, it’s likely best to talk with your doctor about specific questions.

Maybe the FDA will regulate CBD down the line. As Time pointed out, that would mean officials would issue guidelines on things like ingredient concentration and child-proof packaging.

A 2017 study found that 26% and 43% of CBD products that were tested had lower and higher amounts of the compound, respectively, than were listed on their labels, the article said.

Until then, it’s probably smartest just to keep these questions and issues in mind before assuming it might be a cure-all or even the right fit for you.

Thursday, by the way, is National CBD Day.