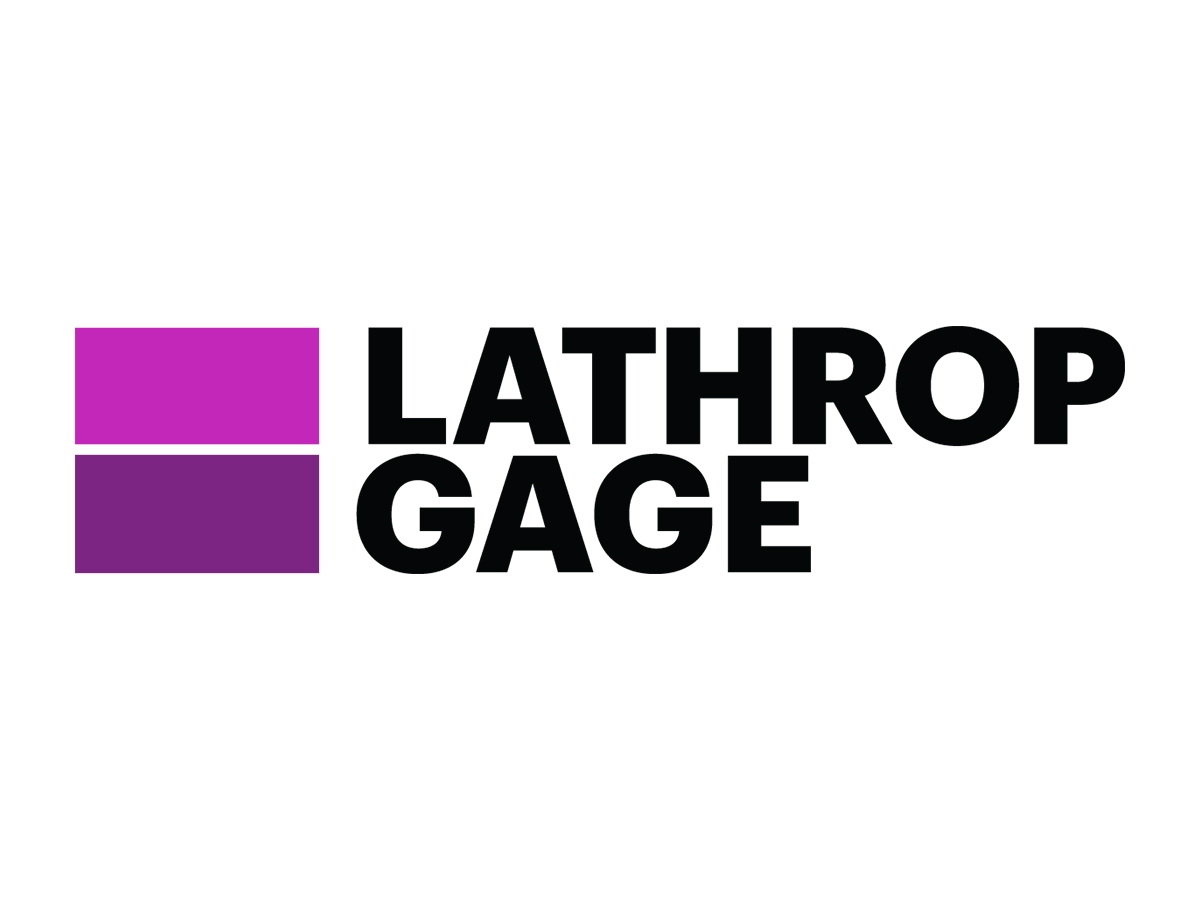 The laws and regulations of the U.S. and each individual state are evolving at a significant pace concerning one genus of flowering plants, and mostly with a tender embrace.

Despite being criminalized for the greater part of the last century, cannabis is now a growing industry. The plants, already cultivated worldwide for thousands of years, will be budding in at least 47 states by the end of 2020. Cannabis is grown for medical, recreational and/or industrial uses. It is not a fad, but a viable, new market. According to financial analysts, the U.S. cannabis industry will be worth approximately $30 billion by 2023. This industry comprises a new generation of savvy entrepreneurs and investors, unique business models and structures, and opportunities for tangential businesses.

What is the current law on cannabis?

The U.S. is not alone in considering cannabis. Canada’s cannabis laws and regulations remain dynamic as further refinement is in progress following its adoption of the Cannabis Act on October 17, 2018. International developments will likely impact the U.S. cannabis market. Cannabis businesses will want to keep a watchful eye on those developments.

Currently in the U.S., marijuana (whether for medical or recreational use) is still illegal federally and is a Schedule 1 drug under the federal Controlled Substances Act (CSA) (21 U.S.C. § 801 (2019)); tangential businesses supporting cannabis activities are potentially subject to criminal charges under the CSA. However, the U.S. Government is not oblivious to the cannabis movement and is enacting legislation recognizing the industry is not a passing fad, but a tangible and lucrative business opportunity.

For example, the Agriculture Improvement Act of 2018 (commonly known as the 2018 Farm Bill), as passed last December, amended the definition of “marijuana” in the CSA by excluding “hemp” from the definition and eliminating the classification of hemp as a Schedule 1 drug. Hemp, a strain of cannabis plant, is defined as containing .3 percent or less THC (TetraHydroCannabinol), which is the main chemical active ingredient that is, typically, not potent enough to make you “high”. The 2018 Farm Bill, in general, allows cultivation and interstate transportation of hemp, but the particulars are still a work in progress. Currently, states are authorized to either create their own state industrial hemp programs or use a template program to be created by the USDA. However, before industrial hemp is federally legal in a state, the USDA must approve that state’s program. Although 47 states have already adopted programs through state legislation, the USDA has not approved and is not expected to approve any industrial hemp programs until the end of 2019. USDA’s goal is to have all state programs approved by the 2020 growing season. USDA guidance is being created now and new developments, such as the Establishment of Domestic Hemp Production Program, will be published as soon as August of 2019. Although it is certain vast fields of hemp will be growing in 2020, the final details of hemp regulations are not so clear. We are closely following regulators and will issue new developments as they arise.

Further, banks and financial service providers are uncertain whether servicing the cannabis industry is legal. Most banks currently choose not to service the cannabis industry and ancillary or tangential businesses because, at the federal level, marijuana is illegal and financial institutions are subject to federal cannabis laws and regulations. At present, cannabis is mostly a “cash” only market. Congressional representatives supporting updates to banking laws acknowledge cash-only industries are very problematic and risky (e.g. issues related to collecting taxes on all income, money laundering and “hold-ups” come to mind). Currently, H.R. 1595, the Secure and Fair Enforcement Banking Act of 2019 (SAFE Act) is awaiting vote in the House. Already passing out of the House’s Financial Services Committee, the SAFE Act, if passed by Congress, will guarantee protections for all federally chartered banks legally servicing state-sanctioned cannabis programs, both marijuana and hemp. The Senate acknowledged it is entertaining the SAFE Act during the Senate Banking Committee’s panel discussion on July 23, 2019, signaling very real consideration. The SAFE Act, introduced by Colorado Rep. Ed Perlmutter (D), is currently on the House’s Union Calendar awaiting vote and has an approval rating of approximately 40 percent. The bill is gaining momentum. If passed through Congress, the SAFE Act will quickly change the financial landscape of the cannabis industry.

Almost every state has legalized or decriminalized cannabis use (marijuana and/or hemp) in some fashion. (Currently, only two states, Idaho and South Dakota, have completely banned all uses of marijuana and hemp.) Each state is developing its own regulatory structure for addressing cannabis (i.e. regulations for marijuana and/or industrial hemp cultivation, manufacturing, use, possession and distribution). Further, some states allow local regulatory requirements to apply to the cannabis industry. To date, recreational marijuana use is legal in 11 states and Washington D.C. Medical marijuana use is legal in 33 states. On July 17, 2019, Ohio passed legislation allowing production and manufacturing of industrial hemp and hemp-derived cannabidiol (CBD) oil, making Ohio the 47th state to legalize industrial hemp (contingent upon USDA approval). (Puerto Rico allows medical use of marijuana and is generating agricultural programs for industrial hemp development.)

Therefore, the myriad of jurisdictional differences causes a high degree of uncertainty as to what is legal or illegal in connection with direct cannabis transactions and those ancillary businesses supporting the industry. Also, how does one reconcile state and federal laws when the federal marijuana laws are diametrically opposed to states that permit either recreational and/or medical marijuana use? Hemp, although no longer classified as marijuana, still is subject to federal considerations under FDA and USDA approvals or certifications, for example. It is essential for every entrepreneur directly participating in the cannabis industry, and those auxiliary or tangential supporting businesses, to be thoroughly familiar with and in compliance with the applicable cannabis law on federal, state and local levels.

An example of the consequences of non-familiarity and non-compliance: in January 2019, a truck driver hauling a load of industrial hemp grown for research purposes was arrested and charged with felony marijuana drug trafficking in Idaho, a state completely banning cannabis. Even though the plants tested as hemp with less than .3 percent THC, charges were still brought. According to the owner, thirteen thousand pounds of plants were being hauled from Oregon to Colorado, making Idaho just a passthrough state. Depending on market prices, the hemp plants could be worth approximately a half-million dollars. The load was confiscated by the Idaho State Police. A federal court denied the owner’s motion seeking return of the property. The driver’s sentencing is currently delayed as officials wait for the legal landscape to develop.

Local laws add yet another level of complexity to the cannabis legal landscape. For example, even though the state of Michigan legalized recreational marijuana use in 2018, certain local counties and municipalities have until November 1, 2019, to completely ban adult-use marijuana businesses in their jurisdictions. These bans would significantly restrict the Michigan industry.

What is the upcoming law on cannabis?

Staying current with the law is vital if this cannabis market is to be tapped. With each passing day, the laws and regulations governing the cannabis industry change, especially at the state level. Now, halfway into 2019, several states are considering enactment of cannabis legislation, garnering significant state-wide support. As examples, Illinois became the 11th state to legalize recreational marijuana use; New Jersey and New York attempted to legalize recreational use in their respective legislative sessions, but failed; however, New York did succeed in passing a bill that further de-criminalized marijuana possession (up to two ounces) and expunged minor convictions for small-time possession.

Looking forward to the next half of 2019, several states are expected to consider cannabis legislation. Rhode Island recently authorized an increase in the number of medical marijuana dispensaries available to the public, in lieu of legalizing recreational use. The state will reconsider the issue next year. Florida has proposed legislation and has planned a statewide vote in 2020 for legalizing recreational use. Both New York and New Jersey are considering changes to their regulatory guidelines for hemp use in addition to other legislative actions related to marijuana.

The following is a non-exhaustive list of upcoming cannabis developments: