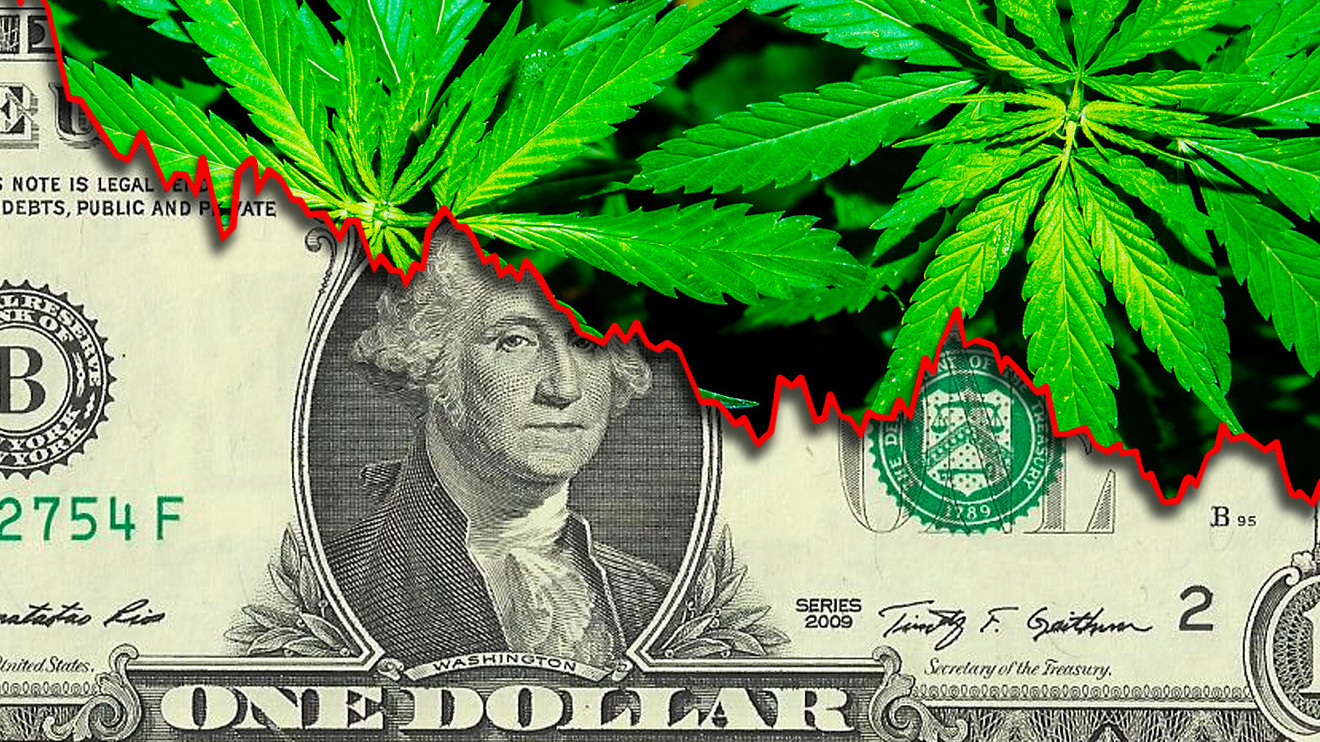 Cannabis stocks were mostly lower Friday, tracking losses in the broader market amid renewed worry about trade tensions with China with the latest bad news from troubled Canadian player CannTrust adding to the downdraft.

The Dow Jones Industrial Average DJIA, -0.22%  was last down 46 points, while the S&P SPX, -0.49%  was down 0.5%, after President Donald Trump suggested that a trade resolution with China wasn’t imminent. Speaking to reporters on the White House lawn, Trump said that things are doing “very well with China, but he’s not ready to make a deal.” He also said that talks between the U.S. and China set to take place next month could be canceled.

“The cannabis market has been a bit dislocated recently, but this posturing (on China) is not helping today,” said Korey Bauer, portfolio manager of the Cannabis Growth mutual fund CANNX, +1.21% launched by Foothill Capital Management. “Sentiment has been bad for a few months and numbers from Cronos (on Thursday) were not great. We have earnings from Canopy Growth, Tilray and Charlotte’s Web next week, and those will be crucial to see if this direction continues.”

CannTrust shares slid another 8%, after the company said its auditor, KPMG, is withdrawing audits for 2018 and the recent March quarter, saying the numbers can no longer be relied on. The decision came after a special committee shared newly uncovered information from an investigation that led to senior leadership changes announced on July 25. That was the day that Chief Executive Peter Aceto was fired for cause and President Eric Paul was forced to resign.

The special committee was formed to investigate the actions that led Health Canada to seize five metric tons of the company’s cannabis in July after discovering it was being grown in unlicensed rooms. As the scandal deepened over the past month, CannTrust has said it is reviewing options, including a possible sale of the company.

“Will they find a white knight?” asked Bauer. ‘I personally don’t think so because of all the class-action suits and legal costs a buyer would have to take on. I expect them to wait and see if they go out of business and then get assets on the cheap rather than overpaying now.”

Cronos shares fell 3.6% as analysts weighed in on earnings that showed a revenue beat but a miss on EBITDA, or earnings before interest, taxes, depreciation and amortization. On its call with analysts, the company highlighted its focus on building a global supply chain, instead of a production footprint, as it favors third-party sourcing over in-house production.

“In our view, this differentiated approach to focus on its strengths makes sense as the outsourcing structure is present in many other industries such as CPG and Pharmaceuticals,” said GMP Securities analyst Ryan Macdonell.

Management also offered a bullish view on the U.S. CBD market, which it will enter via its recently announced acquisition of four units of Redwood Holding Group for $300 million. The company is expecting the U.S. CBD market to become one of its biggest revenue contributors in the next few years.

GMP is sticking with its hold rating on the stock, given the uncertainty about the timing of positive EBITDA. “While Cronos’ shares are well off their 52-week high, we continue to think investors should await a better entry point,” he wrote.

Canopy Growth partly owns the Beckley Canopy research platform. As part of the acquisition, Canopy Growth will also acquire the outstanding shares of Spectrum Biomedical UK, which is the commercial arm of Canopy Growth in the U.K. the deal is expected to close within the next 60 days. Financial terms were not disclosed.