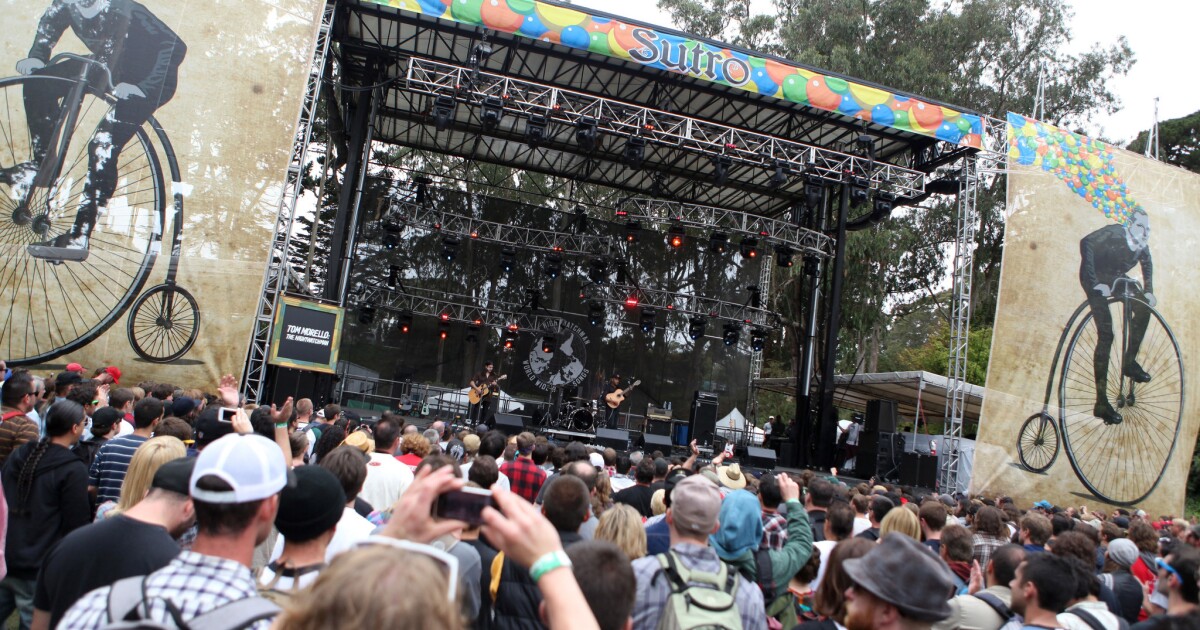 Pushing California’s legal cannabis market into a bold new frontier, the state on Wednesday approved a permit for the sale and on-site consumption of pot at this weekend’s Outside Lands music festival in San Francisco, an annual event that last year drew some 200,000 people over three days.

Despite some public opposition, the state Bureau of Cannabis Control approved on-site sale and consumption of pot in a fenced-off area of the festival grounds limited to people 21 years and older, according to bureau spokesman Alex Traverso. The state approval came shortly after San Francisco granted its own permit for cannabis use at the event in Golden Gate Park.

Other festivals in the city where illegal cannabis use has occurred in the past may also get permits, officials said.

“Permitting Grass Lands as the inaugural event is the first step in creating a safe cannabis event space for those aged 21 years and older,” said Marisa Rodriguez, director of the San Francisco Office of Cannabis. “Attendees will be able to purchase and consume lab-tested products away from the rest of the venue’s attendees.”

“Cannabis is part of our culture — particularly at music festivals — and it makes sense to allow people to obtain it legally,” Wiener said. “We need to move past prohibition, which doesn’t work.”

The proposal drew objections from anti-pot activists including Kevin Sabet, president of Smart Approaches to Marijuana.

“Smoking of any kind is not allowed, for good reason, in any San Francisco park. Making an exception here for today’s ultra-potent marijuana would be a terrible precedent and giant step backwards for public health,” said Sabet, who opposed Proposition 64.

The 2016 California initiative legalized the sale and use of cannabis for recreational purposes and led to the creation of the state bureau that licenses retailers and events.

San Francisco approved the Outside Lands permit as part of a test program to possibly allow on-site consumption at seven events, including the next Folsom Street Fair, officials said.

The state bureau has allowed cannabis consumption at 16 other events, but many were much smaller fairs that drew tens of thousands of attendees and focused on cannabis industry vendors, officials said.

“I think Outside Lands is unique in that it’s a large outdoor music festival in the park — not typically where cannabis events have been licensed,” Traverso said.

The other events “usually do include a schedule of music, but nothing to the extent of Outside Lands’ lineup,” Traverso said.