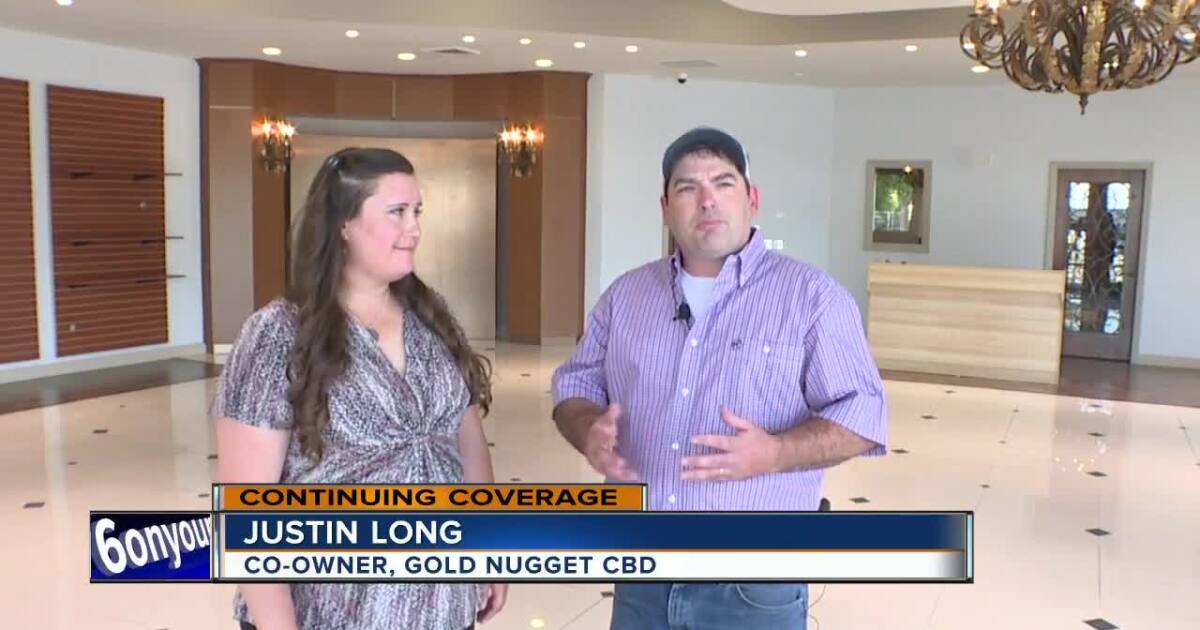 BOISE, Idaho — Despite fierce anti-cannabis sentiment among some idaho legislators, the CBD industry continues to expand across the valley. 6 On Your Side has exclusively learned that Gold Nugget CBD is set to open a brick-and-mortar dedicated to CBD sales in Boise.

„We’re excited,” said Justin Long, co-owner, Gold Nugget CBD. „It’s been greatly received by not only the general public, but also a lot of the vendors.”

CBD is derived from the hemp plant. Last December, a federal law legalized hemp cultivation, however, Idaho’s state law currently supercedes that. But in order for their sales to remain legal, the Longs say they’ve established fourth party testing to ensure their products contain .00% THC– the chemical that gets you high.

„All of the products that are in our stores and available through our distribution company are certified– fourth party– that that is the case,” said Long. „Now in the event that Idaho decided to accept hemp as an industry and allow it into the state, that would mean that products could contain up to .3% of THC. And our fourth party testing model will easily adapt to that.”

And on hemp legalization, some Idaho lawmakers– including Governor Little– have expressed anti-cannabis sentiment.

„Is hemp camouflage for marijuana trade?” said Governor Little, in a recent address .

While the Harvard Medical School says more studies are needed to substantiate CBD users’ claims about pain control and other medical applications, the many customers are gold nugget CBD 6 On Your Side has spoken to says works to calm their anxiety, pain, sleeplessness, and other ailments.

Boise police will only get involved if a complaint comes in– though the Longs don’t anticipate that.

„We hope to be on the front edge of talking with any law enforcement in Idaho that have any questions, concerns, or would like to talk about compliancy.”

According to a report by BoiseDev , another CBD store may soon open in Boise. The owner of Honeypot CBD applied for an occupancy permit for a building just two blocks up the street from Gold Nugget’s new location, according to the report by Don Day.

While located near the college area, owners of Gold Nugget say their clientele are primarily over the age of 35– mainly because they’re often seeking pain relief.

The Longs say they plan to celebrate the grand opening of their Boise Gold Nugget location sometime around the weekend of August 24.