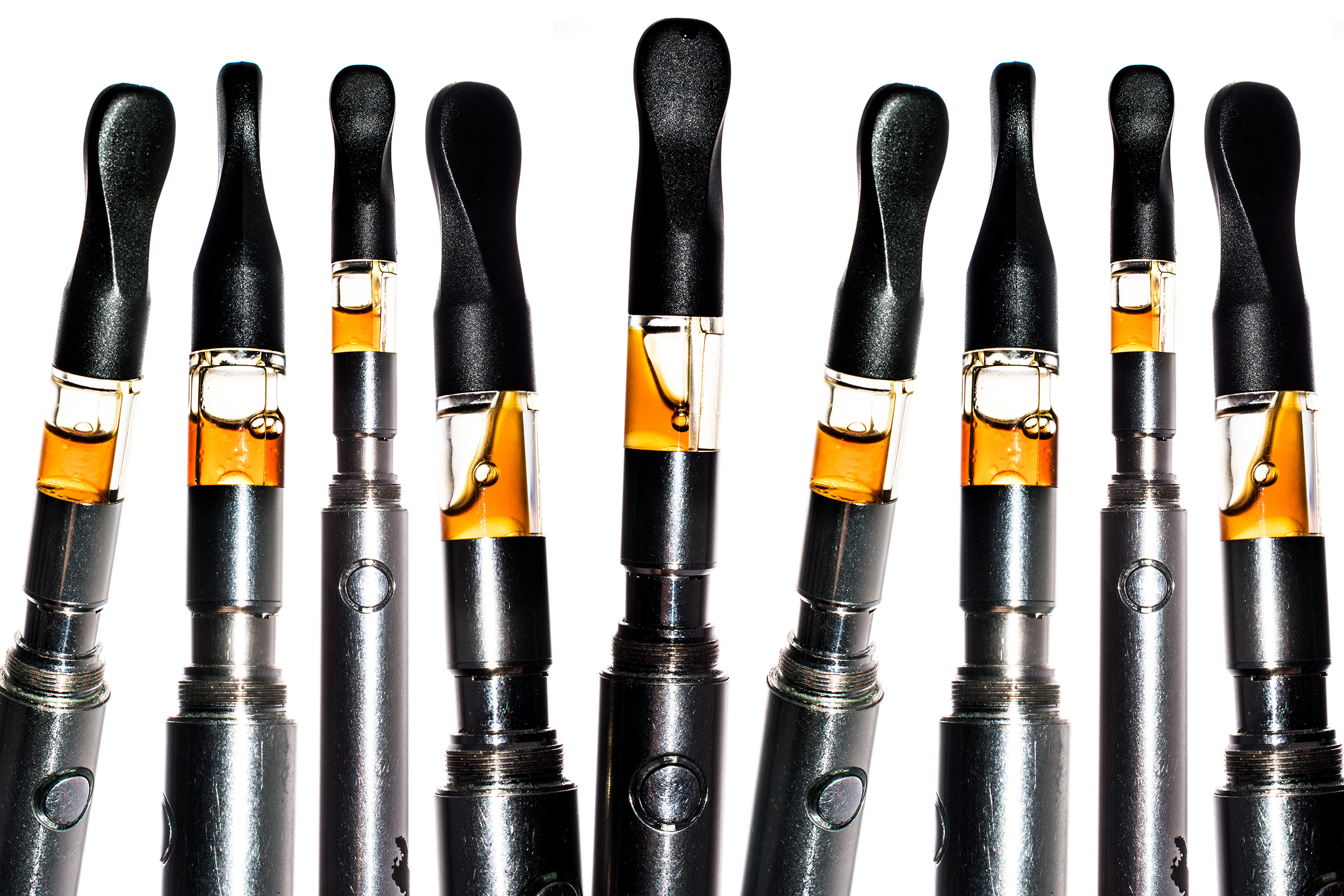 There are a ton of ways to consume weed in 2019. But if you’re looking for a covert way to get high on the go — at a friend’s wedding, on a road trip with your new boyfriend’s family, in the lobby of the AMC cinema before a matinee — you’ve probably discovered that the best option is a vape pen. In the past couple of years, they’ve largely replaced joints and blunts due to their stealth factor, ease of use, and potency. You can stand confidently among Juulers at a party, nodding knowingly at that dude’s Euphoria reference, while puffing on your low-key weed delivery system and feeling a slightly detached sense of superiority.

And yet, with an increase in the market — sales jumped 49% from 2017 to 2018 — there’s a lot to learn. What distinguishes one pen from another? How can you know which oil is best? Is there one that can replace a glass of wine? Which one gives you more bang for your buck? Here, a handy guide to navigating the choices.

The “Clear” vs. The “Sauce”
Of course, what it comes down to is the oil inside: just like the weed it’s sourced from, concentrated cannabis oil can be schwaggy as hell, or it can be the cream of the crop. For the uninitiated in weed lingo, you should start by understanding that the easiest distinction to make is between THC distillate versus live resin. The metaphor that can best express the difference between the two is THC distillate is Daytona Beach, and live resin is a cabin in the woods (the canoe-and-campfire kind, not the horror-movie kind). Both offer a way to relax, unwind, and unplug from reality. It just depends on what kind of R&R you’re looking for.

“Distillate is pure, raw, isolated cannabinoids, meaning that it’s high in potency,” says Neema Samari, CEO and co-founder of Cannabiotix, a cannabis company operating in California and Nevada that specializes in producing boutique cannabis flower and extracts. “And let’s face it, that’s becoming the eye-catcher.”

Some customers choose weed like a teenager shops for liquor — based on alcohol by volume, Samari says, buying whatever has the highest level of THC (the cannabinoid that gets you “high”). But packing a high THC punch doesn’t necessarily mean it’s the best product.

THC distillate is extracted from cannabis using a liquid solvent, often ethanol or pressurized CO2, and then hyper-purified through a process known as winterization. In that process, the distillate is stripped of impurities, including the chemical compounds that give cannabis its flavor and aroma: terpenes. Terpenes exist in a variety of plants, but in cannabis, they help steer the high.

Manufacturers often add terpenes back to THC distillate after it’s been purified to its super-potent form, usually using plant-based terpenes to mimic the flavor of weed. “You can buy a bottle of ‘Maui Wowie’ flavor, where they’ve combined a bunch of plant-based terpenes like myrcene from mango, and limonene from citrus,” says Samari. “It’s marketed as what they think Maui Wowie tastes and smells like.” But since those terpenes aren’t actually from cannabis, it’s impossible to get the flavor profile exactly right. Have you ever eaten something “strawberry-flavored” that really tastes like strawberries?

In stark contrast to distillate, live resin is extracted by freezing and processing live cannabis flower. It’s a delicate process that preserves the aromatic terpenes as well as the cannabinoids for a naturally flavorful extract. If you think of distillate as the weed version of Everclear, then live resin is sort of like a biodynamic pinot noir — you can taste every bit of the plant, what it was fed, how it was grown. Or, more accurately, cannabis expert Jordan Lams says, “If live resin is the peppermint plant, distillate is extracted and refined peppermint oil.”

Lams is CEO and founder of Moxie, a company that specializes in cannabis concentrates. With distillate, he says, no matter what the source material tastes like, or whether it’s classified as an indica, sativa or hybrid, “”All of that’s gone. What you’re left with is one constituent, which is almost characterless, other than the ratio of cannabinoids like THC and CBD.”

Another difference, Lams says, is that, in addition to stripping the extract down to raw cannabinoids, the heat in the distillation process chemically activates THC, changing it from THCA (which doesn’t get you high) to psychoactive Delta-9 THC. “If you were to eat live resin, it wouldn’t have any psychoactive effects,” Lams explains. “Distillate is activated cannabinoids: no flavor compounds, no aromatic compounds, no inorganic byproducts from plants.” You can eat distillate and get high without heating it by vaping, in other words, which makes it a popular option for commercial edibles manufacturers.

The Entourage Effect
The cannabis plant produces an incredible variety of compounds: cannabinoids, including THC and CBD; aromatic, flavorful terpenes; and flavonoids (phytonutrients found in fruits and vegetables). “The ‘high’ you get comes from a symphony of elements: all of the cannabinoids and flavonoids, working together with all of the terpenes,” Samari says. The synergy of all those compounds interacting in your brain and body when you smoke a joint, or vape live resin, is known as the “entourage effect.”

A live resin extract vape cartridge isn’t as potent as a distillate cartridge — the THC percentage of resin usually hovers somewhere around 45 or 50 percent, while distillate can weigh in at 85 or 90 percent THC — but, because of the entourage effect, choosing weed based on THC levels doesn’t necessarily make sense. The combined effect of THC and CBD working together with terpenes and flavonoids produces a greater effect than if working separately. Think of it as the glorious elements of an ice cream sundae all coming together in your mouth to zap your brain’s pleasure center, rather than a spoonful of hot fudge. Wouldn’t be nearly as satisfying without the ice cream, nuts and cherry, would it?

“People who aren’t educated think that distillate delivers the ‘knockout punch,’” says Samari. “But in all reality, the entourage effect will give you a more intense high.”

At a mass-marketing level, distillate is more widely available because it can be processed cheaply from cannabis trim, which is considered “trash material” by true cannabis lovers. “You’ll hear people referring to distillate as ‘hot dog water,’” says Samari.

Lams uses a different metaphor: “The way I always describe it is, and this might be cheesy, but you’re using every part of the buffalo. You can take nearly any garbage and make it into something useful. Parts of the plant that people would historically throw away can now be turned into value, at a price point that anyone can afford.”

The impulse to compare weed to alcohol is understandable, because it’s easy for most of us to relate to, but getting high is nothing like getting hammered. Try thinking of distillate versus live resin in terms of TV: if THC distillate is the Big Bang Theory, then live resin is Broad City. Or music: if The Chainsmokers are distillate, Tyler the Creator is live resin. Or shoes: Crocs? Distillate. Off-whites? Resin. It’s a game you can play forever — especially if you’re stoned.