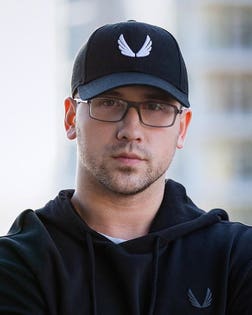 Jeff Yauck is bringing a different element to the CBD community.

Jeff Yauck has a pretty clear vision for CBD. As the co-founder of PureKana, he’s not only behind one of the most successful CBD companies on the market, but he is also trying to set a precedent in the industry as well.

With the latest passing of the 2018 Farm Bill, CBD has become legal in all 50 states. For many, this was an opportunity to expand their offerings from states that already had legal status for CBD or marijuana; while for others, it was a moment to cash in. As noted by Rolling Stone, with the CBD market anticipated to hit $22 billion by 2022, this ‘green rush’ saw a flood of entrepreneurs looking for opportunity; however, with any new widespread venture also comes bad actors to pollute the market.

“You see a lot of companies coming out with bunk product. It’s bad for the industry and bad for people.”  Yauck said, “Despite what these people think they learned on the black market, anything involving agriculture is never a quick cash grab.”

This is a mission that Yauck feels like it’s his duty to combat. In sitting down with the PureKana co-founder, here’s what we learned about how he’s looking to not only bring more transparency to the market…but make transparency the industry standard. Check it out below:

The ABCs of CBD

Although we’ve been hearing all about how CBD can cure everything under the sun, Yauck’s much more attuned to the initial patient needs, as well as how the market has been growing.

He notes that early research had very distinct paths for usage directly in correlation with what we believed cannabinoid receptors did; for example, in a joint study conducted by The Center for Medical Cannabis Education, the Helfgott Research Institute, and San Diego State University, 62 percent of CBD users reported using the drug to treat a medical condition, with the most common being pain, anxiety, or depression.

“It started out as medicine, the only one that made sense as a natural choice in comparison to pills and other stuff,” Yauck explained on CBD’s early days. “Now it’s transformed into something everyone’s doing, but it’s kind of naturally grown with society.”

Yauck makes a valid point. A big part of CBD’s growth in the past couple of years has not only been due to legalization, but the conversations we’ve been having around different cultural norms. A big example Yauck points out is the connection to mental health.

“People are more open to talking about depression and anxiety. While everyone uses different treatments, CBD has been one route we’ve been seeing more and more people take on.”

In a study by New York University published by NPR, three groups of patients who suffered from anxiety were given CBD, a placebo, and no medication. The results? The group that took CBD reported reduced feelings in anxiety. And while Yauck makes no definitive claims around what CBD can or can’t do, his customer’s seem to be telling the story for him.

Growing Beyond The Youth

While we often associate new trends with young people, it’s actually been older demographics leading the charge on CBD.  Green Entrepreneur shared that baby boomers are the fastest growing segment of CBD consumers, growing at 25 percent over the past year. For PureKana, this has exemplified a rare marketing opportunity in spreading positive word-of-mouth amongst generations of consumers.

“When you factor in the initial skepticism by older folks into new things, a lot of what we had to deliver was concepts and terms in our marketing that could immediately hit with anyone,” stated Yauck on how they initially started conceptualizing their message.

A big point he makes is boiling down their process in a concise way. As a lot of marketers try to get away with using ambiguous terms like ‘all-natural’ or ‘green-friendly’, Yauck noted that showing people the facts will always help them win. This included little details such as where they conducted their farming or making lab results accessible, which is often some of the first steps people look for in buying CBD.  The other half that’s helped PureKana is their branding, which exemplifies a look that’s approachable but also reminiscent of performance and health companies. However, the biggest thing that Yauck credits in bringing in a diverse array of customers? Diversifying their products.

A Lineup For Everyone

In attracting a wide variety of customers, it wasn’t just about bringing quality to the industry, but doing so in every single vertical that they offered. With a lineup that includes oils, capsules, topicals, candies, vapes, and even bath bombs, PureKana’s goal was to scale quickly with the best product available in every category.

“After the Farm Bill, we knew that a lot of people would be trying to hop on everything they could. For us, it was more important to hone in on the right products we knew our customers would enjoy while keeping an eye on what’s trending.”

This strategy paid off because as noted by BDS Analytics, vape sales of CBD have increased 67 percent, with edibles increasing at 28 percent, respectively; which, are two product categories that PureKana has seen steady increases in sales that mirror national trends as well.

“Younger generations like the convenience of vaping, while older generations are a little more traditional,” Yauck said noting the different customer segments he has seen. “Both want the same thing though, which is a product that they know came from a healthy plant, but nothing more and nothing less.”

In stripping away all the hype, Yauck’s hope for the future of CBD is to see increased regulations on keeping clean, all-natural, and organic standards. He explains that as we’re embarking on a completely new industry, there’s a chance to set standards much higher than we’ve seen amongst any other consumable. However, for now, Yauck is strictly focused on setting the foundation for PureKana to be the premier choice regardless of what’s happening on a national scale. And with that approach, his company could be the one paving roads of green for a very long time.