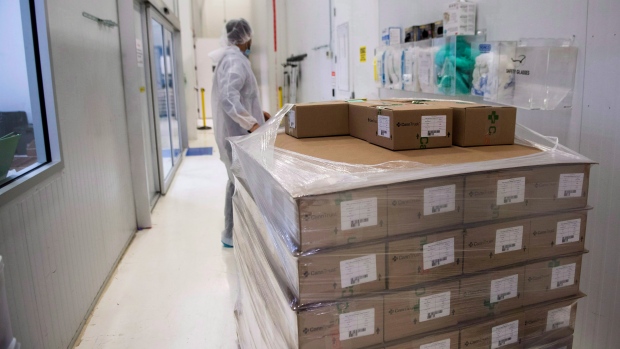 The Ontario Cannabis Store, the government corporation in charge of wholesale distribution to licensed retailers and operator of the province’s online store, has elected to return all or substantially all of CannTrust products because they are “non-conforming.” The products are valued at about $2.9 million, CannTrust said in a statement Monday.

Health Canada hasn’t ordered a recall of any products, according to CannTrust.

Last week, Health Canada, the government agency that oversees the cannabis industry, informed CannTrust that a second manufacturing facility in Vaughan, Ontario, broke several rules. The company has already been struggling with the fallout from breaches at its greenhouse in Pelham, Ontario, where it grew cannabis in unlicensed rooms.

The Pelham problems led to the firing of Chief Executive Officer Peter Aceto, a halt on all sales and shipments of CannTrust products, and a joint investigation by securities regulators and police. Auditor KPMG LLP also withdrew its reports on the Canadian cannabis company’s year-end and first-quarter results. CannTrust has now fallen 58 per cent this year.

The company has hired Greenhill & Co. to explore potential alternatives, including a sale.

–With assistance from Kristine Owram.