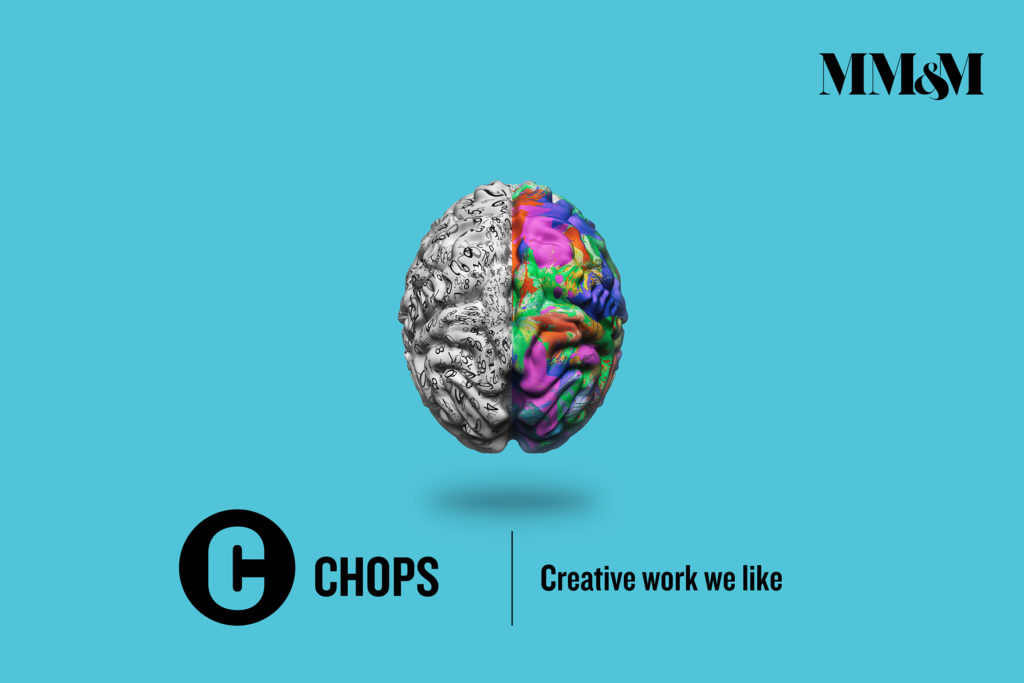 The Clio Awards announced last week that it was partnering with High Times to launch Clio Cannabis, a marketing and advertising awards competition for weed products. It’s a smart idea for both parties involved in the joint venture. Clio expands its reach, and High Times partners with a venerable brand to extend its quickly expanding empire and further legitimize weed as a no-big-deal way to unwind and treat a variety of ills. And with more agencies establishing marijuana divisions (Havas recently hung out the shingle on its weed practice), there should be no end of work to enter in the competition.

The news got me thinking about the state of play in cannabis marketing and advertising. My most frequent exposure to campaigns is the billboards I see when driving around Los Angeles, which I visit frequently. Some of the outdoor ads are great. Med Men’s Stoner campaign was a riff on Rolling Stone’s legendary Perception/Reality effort that started in the mid-1980s. And Weedmaps has run an outdoor campaign notable for being issue-oriented, addressing head-on some of the myths and misconceptions around legalizing pot.

I love that these ads treat both cannabis and the viewer maturely, as if weed were just another product, one that has been around and in use for a long time. Notably absent are the stoner wink-and-nod, elbow-in-the-ribs puns and gags that make so much of the marketing—and discourse—around cannabis feel so sophomoric. Cheech and Chong aren’t relevant any more, and Harold and Kumar can use an app to order from White Castle. Beer and wine ads never say the product is going to alter your consciousness; why should marijuana ads? The stuff makes you high: we get it. Still, a preponderance of the work looks like it took its prime inspiration from Grateful Dead concert posters, circa 1968, or from a reggae album—lots of Rastafarian color schemes.

Part of the problem with marijuana marketing is that at the moment, there’s no national market for cannabis in the United States—sales remain a state-by-state proposition. (Recreational and medical marijuana are nationally legal in Canada). Thirty-three states and the District of Columbia have legalized weed for medical and/or recreational use; 10 have legalized it for recreational use. Despite the states’ actions, the federal government still considers marijuana to be in the same class as heroin. As a result, banks won’t touch weed money, and even many ad-carrying media won’t go near it—witness what happened with Med Men’s attempt to get an ad on this year’s Super Bowl. Without a national audience, the work tends to come from regional shops and is aimed at a regional audience.

If you want to see the best creative work taking place in the cannabis space, look at the branding being done for various cannabis companies and their products, including specific strains of marijuana and delivery systems like edibles. Packaging for edibles from Seattle-based Goodship is clean, bright and appealing. Dr. Robb Farms offers its products in either coolly neutral packaging that could easily contain face cream or with a kaleidoscopic color pattern that will attract consumer attention but not scream “Hippy!” Both are appropriate for the channels they seek to fill: medical and recreational.

For a glimpse at what big brands might look like in a weed-legal U.S.A., take a look at how Canopy Growth, the Canadian weed behemoth, brands its products and itself. The company’s logo is a grove of trees, which provides a generous canopy and suggests growth and a connection to the earth, but not a direct connection to herb, which I think is smart. Its sub-brands all have distinct personalities. Spectrum Therapeutics, its medical division, puts its product in bottles that are unmistakably medicinal—they probably are sourced from a vitamin company. Tokyo Smoke has a smart, Japanese-influenced look, while Van der Pop, Canopy’s female-focused brand, comes in a too-obvious pink package, but the texty descriptors on the box helps to explain the product to users who may be new to weed.

Of course, all of this work is something of a miracle to those of us who remember when weed branding consisted of the name of the guy who could sell it to you—Winston, the Bartender at the Nines. And when packaging was a sandwich baggy. Progress comes in many forms, I guess.