Like to vape? Dabble in dabbing? Be careful: The number of vaping-related illnesses among teens and young adults is on the rise.

The Centers for Disease Control and Prevention announced this week that 153 possible cases of severe lung illness linked to vaping were reported across 16 states in just the past two months. Many cases involved the use of products containing tetrahydrocannabinol (THC), the psychoactive chemical found in cannabis.

People who experienced symptoms reported breathing difficulty, shortness of breath and/or chest pain before hospitalization, the CDC said. Some reported gastrointestinal illness including vomiting and diarrhea, as well as fatigue.

The Food and Drug Administration has joined investigation efforts and is providing technical and laboratory assistance to help identify any products or substances used.

No vaping-related deaths have been reported, the CDC said.

Vaping: Life-threatening illnesses could have stemmed from vaping, doctor says 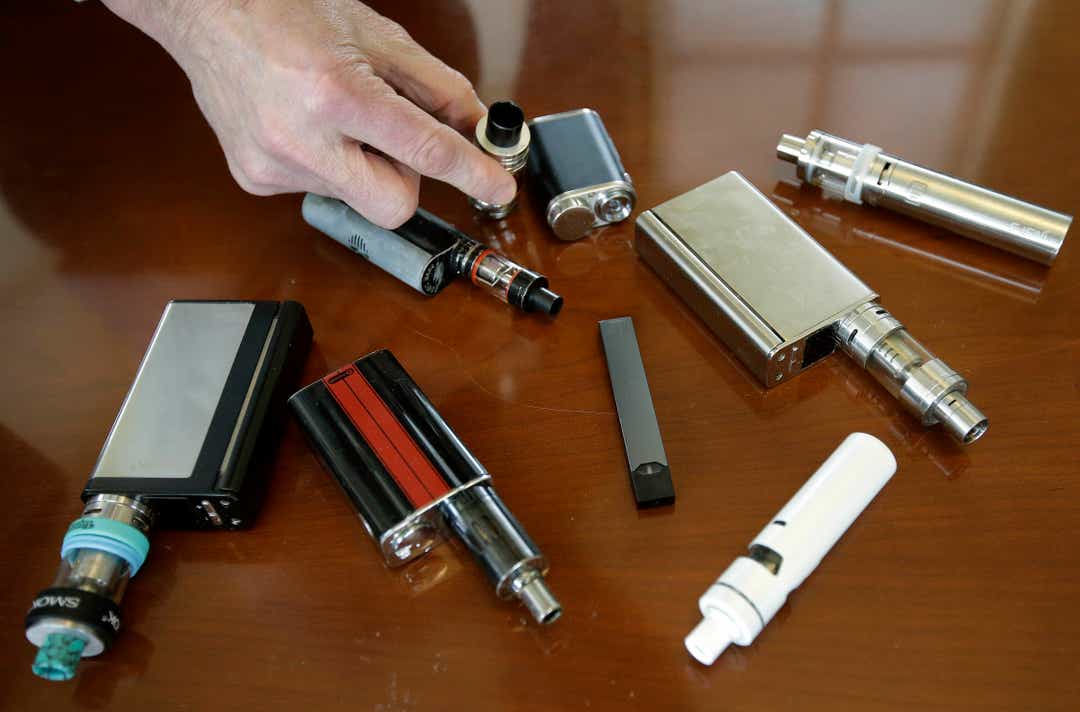 Although the CDC has not identified a cause of the lung illnesses, it’s unlikely that an infectious disease is to blame. All reported cases have involved the use of e-cigarettes.

Gregory Conley, president of the American Vaping Association, a pro-vaping organization, said THC may be playing a key role in these illnesses.

„Several health departments are now linking street vapes containing THC or synthetic drugs to these illnesses and we remain confident that this is the case across the country,” Conley said.

Popular e-cigarette maker Juul said in a statement that it is aware of these health reports and is monitoring the ongoing investigations.

’He nearly died on us'

One of those patients was the 18-year-old son of Long Island resident Mike Mojica, 60. Mojica said last month his son had returned from the movies with his girlfriend only to begin throwing up. His symptoms – fever, coughing, vomiting and chest pain – developed rapidly, and, within days, he was on life support in a medically induced coma.

“All they kept on doing was treating it like pneumonia,” Mojica said. “Everything came back negative until my daughter, his twin, told us it could be vaping. She looked into his room and found a Juul.”

Mojica said he had no idea that his son vaped, but he later found out that his son had begun vaping with friends a couple years ago, usually at parties. With steroids and aggressive management, doctors were able to save his life.

“He nearly died on us that night. It was a horrible, horrible night,” Mojica said. “If we could educate just one person to the dangers of vaping – or of smoking in general – and save a family from going through what we went through, that would be worth it.”

When Pirzada sent out Mojica’s vape cartridge for testing, it came back with traces of THC, suggesting that Mojica had been vaping cannabis oil, a practice known as „dabbing.”

Pirzada said her second patient with a vaping-related illness initially presented with very different symptoms: chest pain and a loss of 25 pounds.

“This particular patient looked like a cancer patient,” she said.

Pirzada soon discovered that this patient had also been vaping cannabis oil.

“The common denominator with these cases is they’re using vape pens containing cannabis oil and other ingredients,” Pirzada said. „But I don’t believe that the THC itself is causing this. It’s the ingredients – the pesticides, the flavorings.”

Information about the health effects of vaping is still developing. For example, two prominent vaping researchers faced off last month over claims that e-cigarettes double the risk of heart attacks in adults.

In January, a study of one 18-year-old female published in the journal Respiratory Medicine Case Reports found that dabbing led to an acute lung injury with symptoms of „atypical pneumonia,” suggesting that high levels of THC could, in fact, be causing these illnesses.

Some scientists, however, argue that vaping itself – even without THC – can cause lung illnesses. A study published earlier this month in the American Journal of Respiratory and Critical Care Medicine found that chronic vaping releases potentially harmful enzymes into the lungs. 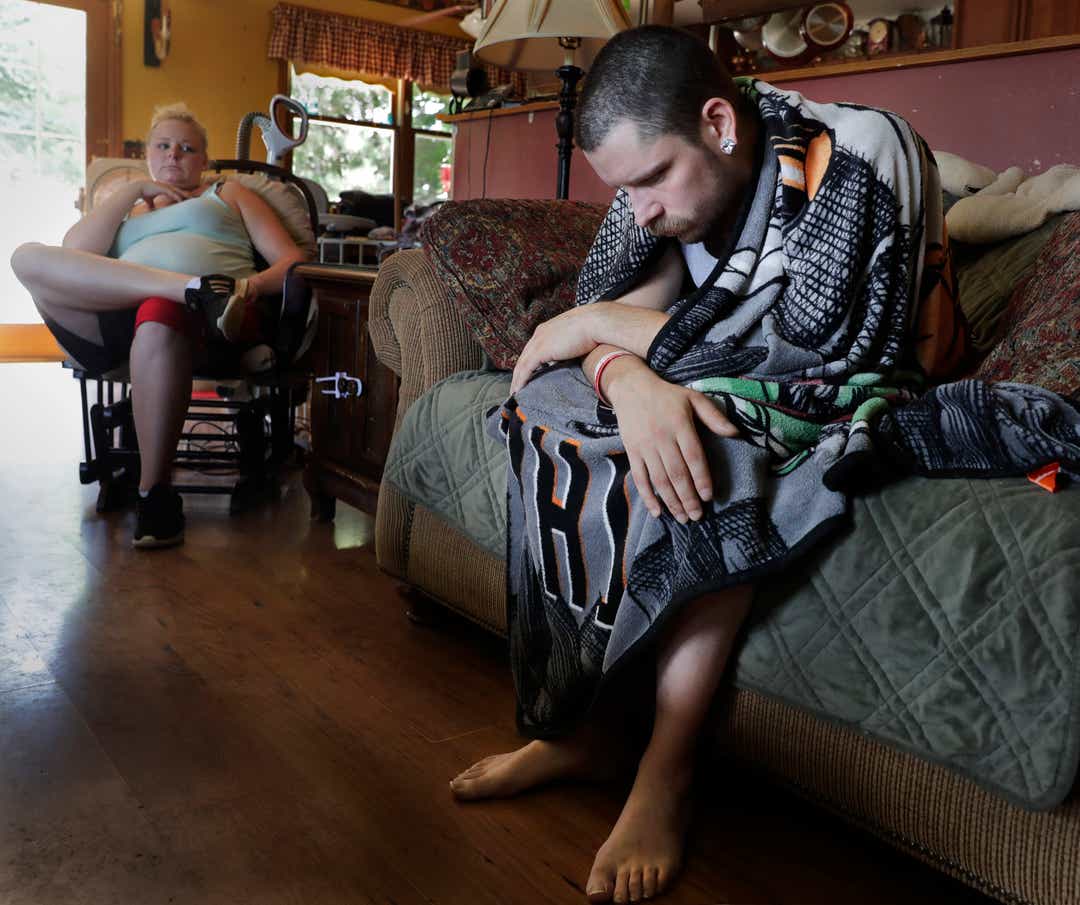 Dr. Humberto Choi, a pulmonologist at the Cleveland Clinic, has also seen several vaping-related illnesses, including two that presented very differently: One less severe case was treated as outpatient; another, a patient in their 20s, required life support from a mechanical ventilator in the ICU.

At least one patient had been using a combination of marijuana and e-cigarettes with nicotine, Choi said. In most cases, Choi said the major treatment has been to stop vaping and manage symptoms.

„Even though cases appear similar, it is not clear if these cases have a common cause or if they are different diseases with similar presentations,” the CDC said Wednesday.

Vaping has become increasingly popular among young Americans in recent years. Last year, the U.S. Surgeon General called e-cigarette use by young people an “epidemic,” warning that it threatens to expose a new generation to nicotine.

From 2017 to 2018, the number of youths who used e-cigarettes went up by 1.5 million, according to the CDC. Since 2014, e-cigarettes have been the most commonly used tobacco product among middle and high school students.

Many young people may not even think of it as smoking. Pirzada said that many of her patients were not forthcoming about their vaping habits when asked about smoking.

„Providers, doctors, everybody – they need to ask when a patient comes in with sudden onset respiratory symptoms: Do you vape? Not just 'do you smoke,' but 'do you vape?'” she said.

Pirzada and her team at NYU are currently collaborating with parent groups to launch an anti-vaping campaign.

If you experience an unexpected health problem with a tobacco product, you can report it to the CDC through the online Safety Reporting Portal.