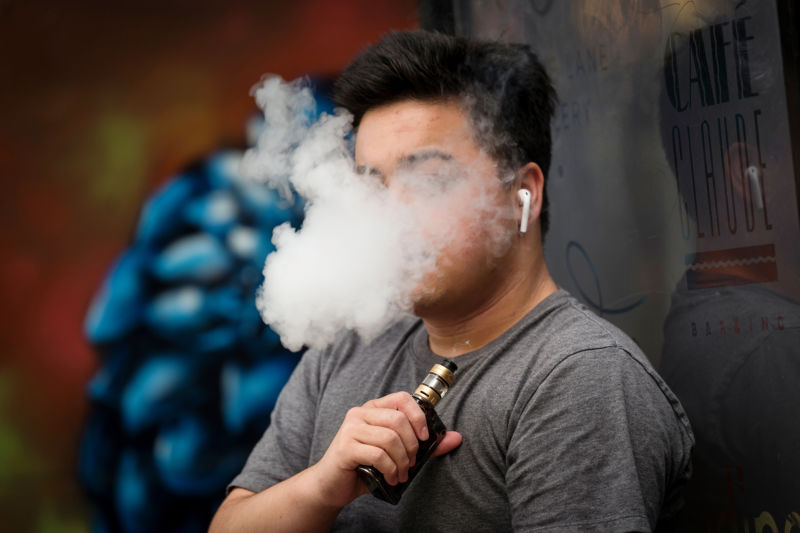 Cases of severe lung disease linked to vaping rose from 94 to 153—a jump of over 60%—in just five days, according to an update by the Centers for Disease Control and Prevention.

On Saturday, August 17, the CDC announced its investigation into the cases, which have puzzled health officials. The cases tend to involve gradual breathing difficulties, coughing, fatigue, chest pain, and weight loss, which leads to hospitalization (no one has died from the condition). Health officials say there’s no evidence pointing to an infectious agent behind the illnesses. The only commonality appears to be recent use of e-cigarettes, aka vaping.

The sharp rise in cases has not brought any clarity as to the cause of the illnesses. The CDC said there is still no evidence pointing to an infectious disease and that vaping is the only commonality.

Following early suspicions, the CDC did note that “[i]n many cases, patients have acknowledged recent use of tetrahydrocannabinol (THC)-containing products while speaking to healthcare personnel or in follow-up interviews by health department staff.” THC is the primary psychoactive ingredient in marijuana.

A 26-year-old Wisconsin man sickened in July told NPR he believed his case was caused by dubious THC-containing vaping liquid he bought off the street. He noted that it looked watered-down and had an off color.

Still, the CDC in its update cautioned that “no specific product has been identified in all cases, nor has any product been conclusively linked to illnesses.”

The CDC is working with state health departments and the Food and Drug Administration to gather information on the products potentially involved and run tests.