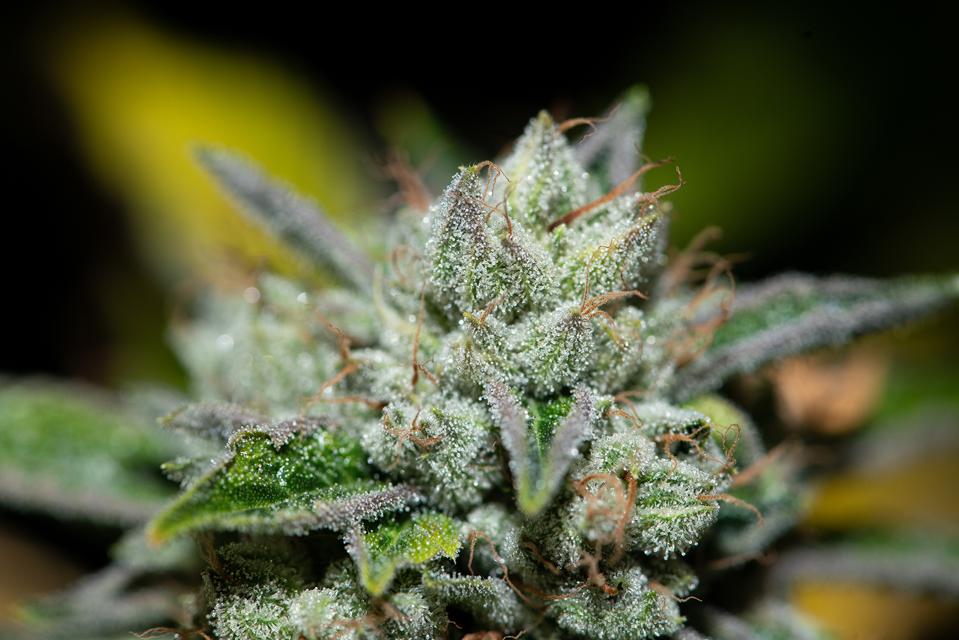 Cannabis is much maligned in federally-funded addiction studies.

Researchers from the University of Houston conclude that adults who take prescription opioids for severe pain are more likely to have increased anxiety, depression and substance abuse issues if they also use cannabis. However, a renowned Harvard doctor debunks the study.

Published in the Journal of Addiction Medicine (JMA) the study, is entitled, Opioid and Cannabis Co-use Among Adults with Chronic Pain. The study implies that when compared to opioid use alone, opioid and cannabis co-use is associated with elevated anxiety and depression symptoms, as well as tobacco, alcohol, cocaine, and sedative use issues, and does not diminish pain.

The primary researcher, Andrew Rogers, is a doctoral student in clinical psychology who works in the University of Houston Anxiety and Health Research Laboratory and its Substance Use Treatment Clinic. Rogers surveyed 450 adults throughout the United States who had experienced moderate to severe pain for more than three months.

“Given the fact that cannabis potentially has analgesic properties, some people are turning to it to manage their pain potentially,” Andrew Rogers, said in describing his published work.

The study implies that if a participant is taking opioids and using cannabis, they will have more anxiety and depression. The use of more than one substances is generally associated with worse outcomes than single substance use, according to Rogers.

However, upon taking a closer look, the participant’s cannabis use occurred within the same 90 day period as their opioid use. Therefore, a participator could have consumed cannabis and taken an opioid three months later. How does a researcher draw a correlation between those two things?

Additionally, the study does not analyze how much cannabis the participants consumed, and in what form; such as smoking or edibles. Nor does the study qualify if the participants obtained their marijuana from the legal or the illicit market. How often patients consume cannabis in conjunction with opioids is also vague.

Little work has examined the impact of mixing opioids and cannabis. Because of cannabis’ federal Schedule One classification (which categorizes marijuana in league with heroin and LSD) medical research regarding cannabis in the U.S. is hard to come by. Schedule I drugs are described by the United States Drug Enforcement Agency (DEA) as having a a high potential for abuse; no currently accepted medical treatment use in the U.S. and a lack of accepted safety for use under medical supervision.

Dr. Peter Grinspoon, is a Board Member of Doctors For Cannabis Regulation (DFCR), a physician organization that supports the legalization of cannabis with sensible regulation. He is also an instructor at Harvard Medical School. Dr. Grinspoon denounces marijuana’s Schedule I classification and extolls cannabis as an alternative to opioids for pain management. He also suggests cannabis can be helpful as an adjunct for transitioning patients with substance use disorder off highly addictive opioids, in some cases.

Dr. Grinspoon believes rather than the study merely being potentially flawed due to the omission of mitigating factors, that the American Society of Addiction Medicine (ASAM) almost exclusively views cannabis through a “reefer madness” lens, ignoring new data about its benefits.

He believes that the residual effects of a decades-long propaganda campaign beginning with the War on Drugs has permeated psychology circles, influencing addiction counselors to draw negative conclusions about cannabis.

Meanwhile, opioid misuse constitutes a significant public health crisis. Provisional data from the U.S Centers for Disease Control (CDC) and Prevention’s National Center for Health Statistics estimates there were 68,500 fatal opioid-related overdoses in 2018. Approximately 68% of the more than 70,200 drug fatalities in 2017 also involved an opioid.

Laurie Fickman of the University of Houston writes, “Despite efforts to curb the epidemic, opioids remain the most widely prescribed class of medications. Prescription opioids are often used to treat chronic pain, despite the risks, and chronic pain remains an important factor in understanding this epidemic.”

Despite its bad rap, cannabis is another substance that is garnering attention in the chronic pain literature, as increasing numbers of people are turning to the plant to manage chronic pain in place of opioids.

“There has been a lot of buzz that maybe cannabis is the new or safer alternative to opioids, so that is something we wanted to investigate,” said Rogers. He attributes the idea for the study evolving from a conversation with his advisor Michael Zvolensky. Rogers was studying opioid use and pain management when they began discussing the role of cannabis in managing pain.

“The findings highlight a vulnerable population of polysubstance users with chronic pain and indicate the need for more comprehensive assessment and treatment of chronic pain,” said Rogers.

A lack of knowledge

Dr. Grinspoon disagrees and deems Rogers’ study unhelpful. “The findings demonstrate a real lack of knowledge of how and why people use cannabis medically as well as a genuine lack of interest in whether cannabis hurts or helps patients. “This is not a medical cannabis study,” he asserts.

If the patients used cannabis in the last 30 days or 90 days – they could have smoked pot 88 days ago before taking an opioid– the study implies it increases anxiety and depression as a causal link.

“When you take a further look, the patient could have smoked weed and then two-three months later, taken an opioid,” analyzes Dr. Grinspoon. “Therefore, the researchers cannot draw correlations, it seems likely that the patients who are using cannabis to self-treat their anxiety and depression would probably need more help.”

The culture of psychiatry against cannabis.

“The researchers need to explore how cannabis could be helping patients and what else we can do for them.”

Dr. Grinspoon refers to a 40-year-propaganda campaign against cannabis manifesting in similar studies. He notes that the National Institute of Drug Abuse (NIDA) has only funded studies into the harms of cannabis and has not funded any studies into the benefits of cannabis over the last 40 years. He believes results skewed against the validity of medical marijuana is part of the culture of addiction medicine.

“The majority of addiction doctors show a cultural bias of ‘cannabis is bad. Let us prove it.’ This study is probably the ten-thousandth paper that promotes the negativity of cannabis. This mind frame is harmful. What is even worse, is this study reinforces the whole ideology of Nixon’s War on Drugs,” he says.

Dr. Grinspoon claims the cultural bias in the American Society of Addiction Medicine is so ingrained that it almost exclusively highlights negative studies about cannabis, while the positive studies are censored or ignored. Presenting only one side of the argument influences ASAM’s members, Moreover, the ASAM favors cannabis legalization opposition organization Smart Approaches to Marijuana to speak at its meetings, rather than Doctors For Cannabis Regulation.

“We are a lot more objective than the ASAM, SAM or this particular study in the Journal of Addiction Medicine. It is time to evolve our thinking about cannabis.”