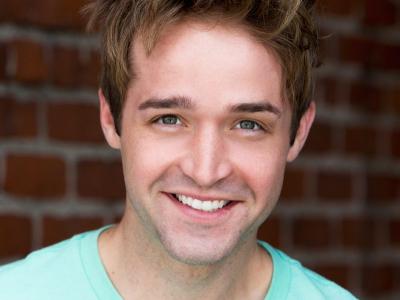 The company is a vertically integrated manufacturer and supplier of hemp-derived products for the cannabis industry.

The company develops its own proprietary machinery, genetics and extraction processes.

First Steps Into The Industry

DuChesne told Benzinga that he was a user of CBD products before he became involved with EcoGen Labs, and first became interested in the cannabis industry after his mother found relief for fibromyalgia-related pain with CBD.

“Her fibromyalgia is extremely severe, to the point where she’ll blackout and collapse because her nervous system shuts down from too much pain,” DuChesne said.

„I took off from auditioning for a year and moved home to take care of her. I flew all over the country meeting with doctors, and I believe that outside of her sickness, the pharmaceutical medications that she was on were debilitating her.”

Those pills included opiates, barbiturates, antidepressants and benzodiazepines, he said.

„She was in a walker, then a wheelchair for years and got to a point for a while where she couldn’t live a normal life.”

The actor said he first heard of CBD from an urgent care doctor who recommended CBD suppositories to bypass the liver and get more of the active ingredient into his mother’s bloodstream.

“Within six months, along with diet, physical therapy and weaning off her meds, she was walking again. It was phenomenal and she got off of over 80% of her medications,” DuChesne said.

After those events DuChesne decided to jump straight into the cannabis industry, with a focus on the medical properties of CBD.

“I started a CBD marketing company called Healing Ventures to help launch brands in the space. This quickly turned into a supply chain and marketing company, since it was extremely difficult to get a reliable supply and manufacturing of CBD — which is what led me to EcoGen.”

Don’t miss out on the top cannabis stories of the day. Click here to sign up for our daily insider newsletter.

The Importance Of Vertical Integration

While working on his incubator for cannabis brands, DuChesne said he ran into some trouble in 2018, when hemp biomass became scarce in the U.S. market.

„The market became flooded with foreign product that was contaminated with heavy metals, synthetic products that aren’t stable and pesticide issues.”

It was a „nightmare” sourcing the raw materials needed for cannabis brands, he said.

„Finally, after a year-and-a-half, I met EcoGen. In a lot of industries it doesn’t make sense to be vertically integrated. But when you’re manufacturing hemp-derived products, you have to be.”

Due to its vertical integration, DuChesne said EcoGen was able to solve every issue he encountered with cannabis partners.

„It was the company I was searching for that I never knew existed,” said the former actor, who eventually met the company’s co-founder and president Joseph Nunez and was invited to join as chief growth officer.

“Our genetics and technologies are improving daily, and we’re very excited about what the future holds. THC used to be the hero for the last 100 years, now it’s CBD. The future is CBG, CBN, CBC, CBL [and others], and we’re bringing those to market in their purest forms.”