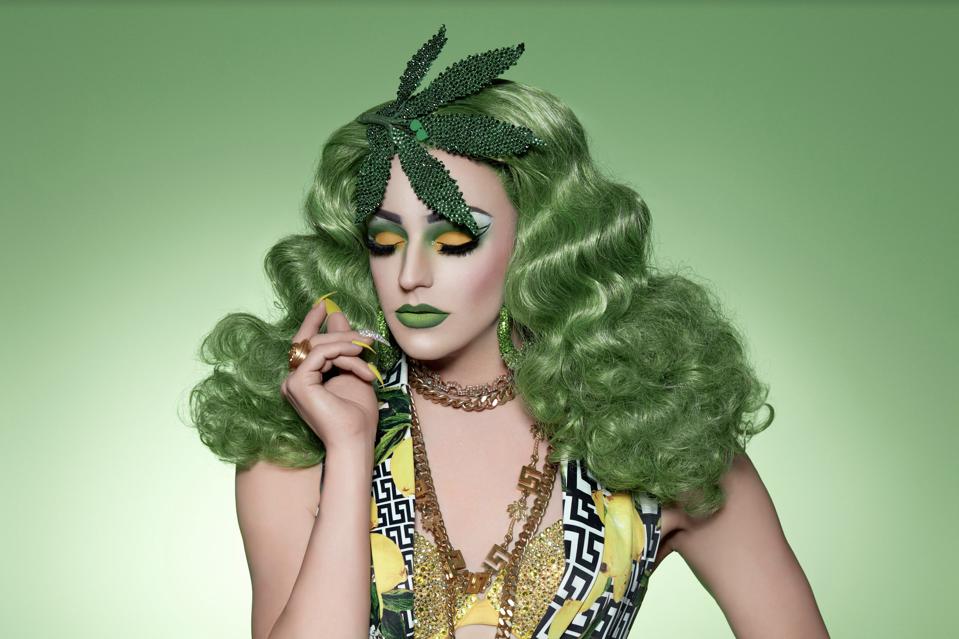 When one first lays eyes on Laganja Estranja, a certain sense of awe and wonder takes over.

Then, the question: Who. Is. That?

No Stranger To Ganja

Laganja got into cannabis when she injured her back during a dance piece in college. After seeing a chiropractor for months, he suggested she obtained a medical marijuana card under California’s proposition 215.

“It truly changed my life,” Laganja explains. “As someone who grew up in a very sheltered household in Texas, I always believed this plant was a drug. But, once I discovered that I’d been misled, I made it my platform as a drag queen.”

Oh, yes. Did I not mention?

Laganja, born Jay Jackson, is a drag queen – and a great one at it too. But, she is a lot more than that. In her own words, she’s  a “female impersonator, cannabis queen, advocate, dancer, choreographer, TV personality and more,” with a social media following 850K strong.

Laganja was first made famous by Ru-Paul’s Drag Race. She has since used her platform to advocate for LGBTQAI+ rights and cannabis.

She is certainly not in Kansas (I mean, Texas) any more.

Cannabis-Themed Art? Is That Even A Thing?

She had, at first, just “aligned” herself with cannabis as a performance artist — that’s all. 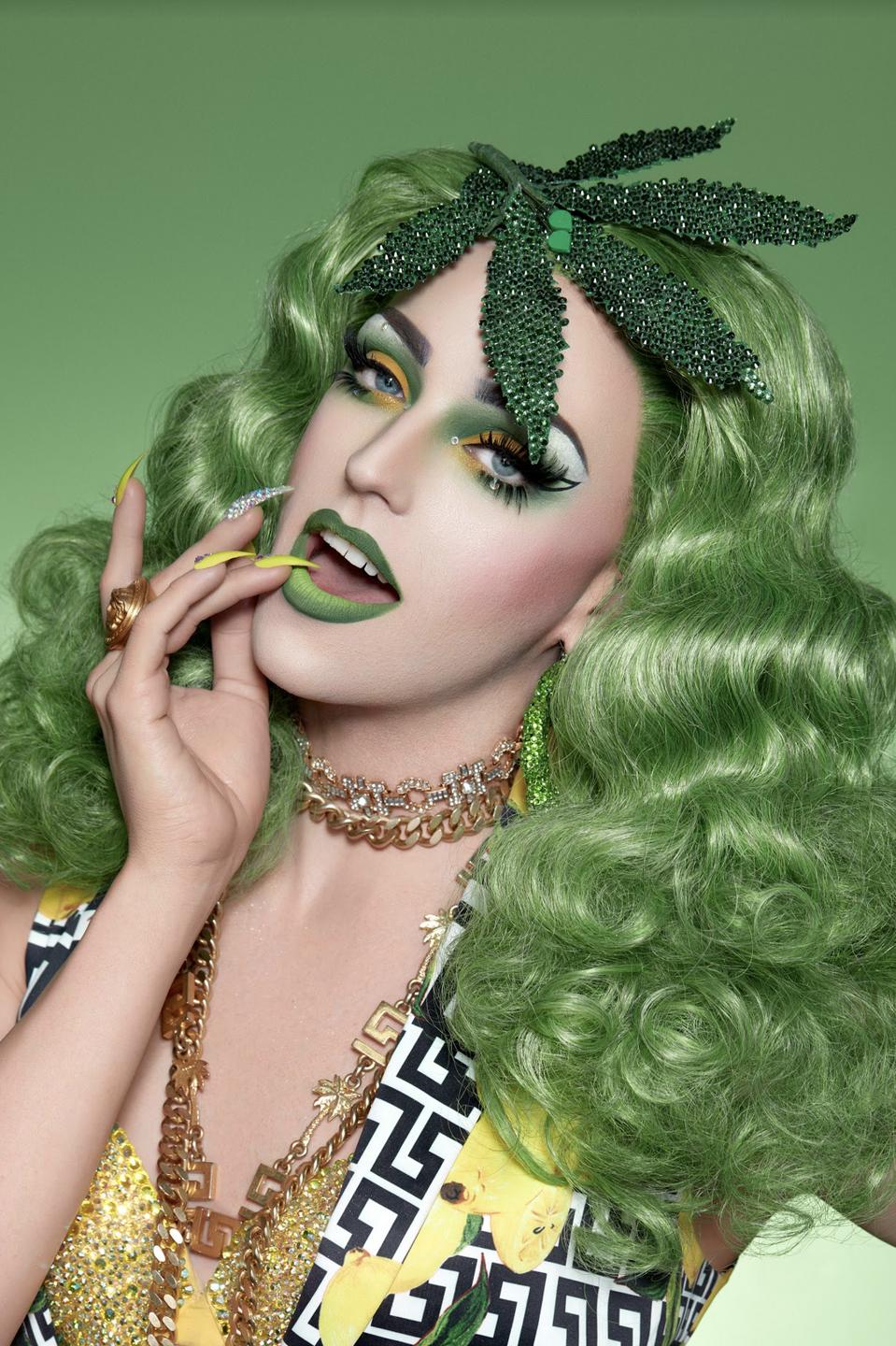 “However, I had no idea truly what it would become.”

But, why should readers even care? Can anyone really make a living off cannabis-themed performance art?

Laganja assures it “absolutely” is a viable professional career. “I am seeing lots of cannabis art being made. Moreover, I am even more thrilled to see much of the art made today being elevated. It’s no longer just tiedye teeshirts and stupid stoner humor,” she said, bringing up her signature made-up word, ockurrrrr.

But, when did cannabis art really become a thing?

For Laganja, cannabis art has always been a thing. It’s just that now it’s going mainstream, gaining national and international traction at an extremely fast pace.

“The way I see it: the more cannabis art is celebrated, the more job opportunities for people like myself.”

“And how do I feel about something I love being shared with the masses?!? SICKENING, but I mean that in the best way! The way I see it: the more cannabis art is celebrated, the more job opportunities for people like myself.”

According to Laganja’s website, she is also “actively developing her lifestyle brand that includes pre-rolls, vegan dummies and more to come.” She’s also partnered with cannabis brands The Hepburns and FRUIT SLABS to launch Pride-related collections. 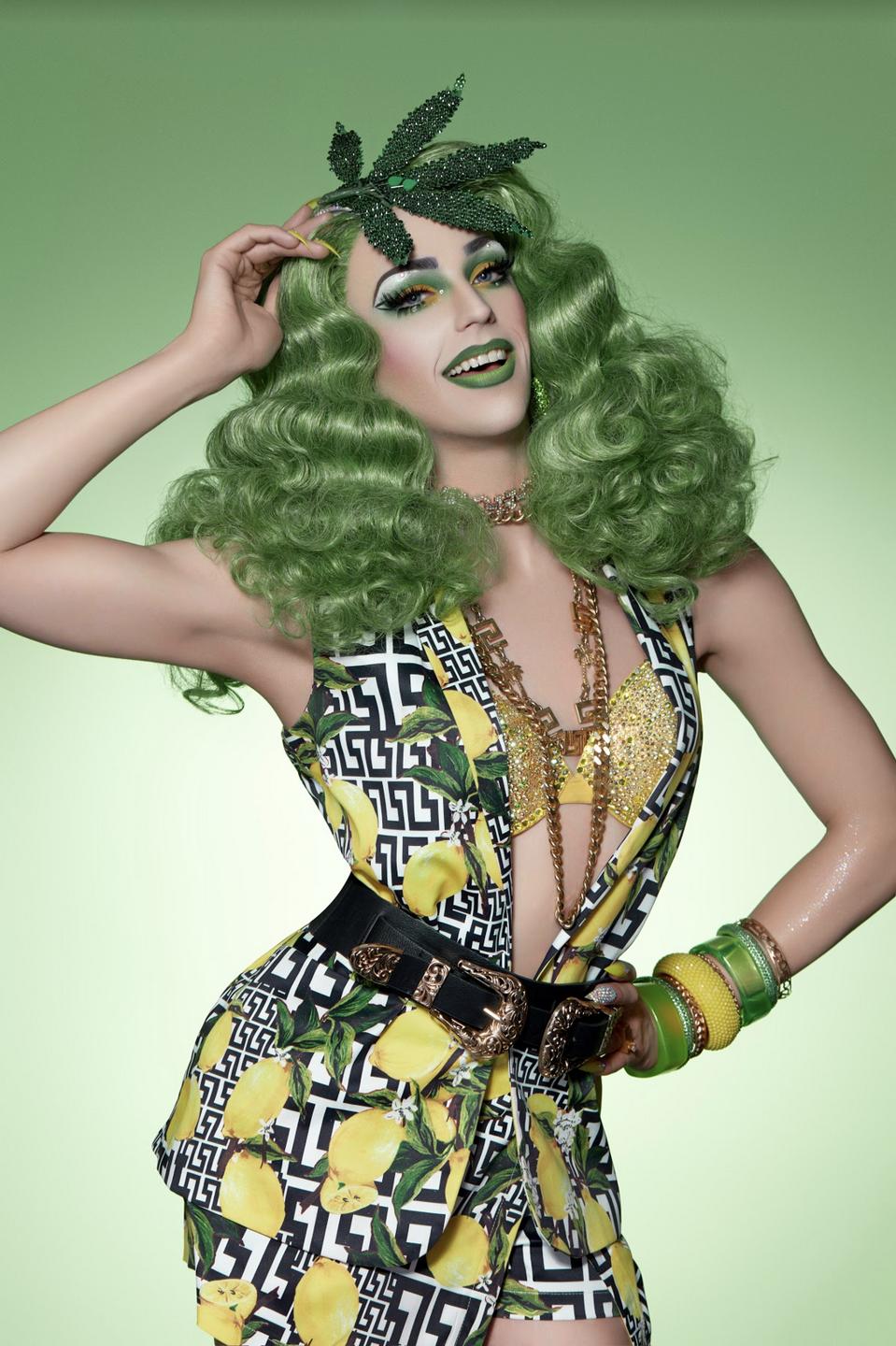 “The LGBTQAI+ community founded the Compassionate Act or Proposition 215 [in California] so that their brothers and sisters could receive proper medication for HIV/AIDS,” Laganja explains. “So yes, Gawd, we belong!

“We are the catalysts for this movement here in California, and I take huge pride in reminding others of our community’s history,” she continues.

“You can’t stick a rainbow on your pre-packaged joints and call it an authentic collaboration between you and the LGBTQAI+ community!”

Laganja finds the cannabis community to be more welcoming as the years go by, but recognizes there is still is still a lot of work to do. “You can’t stick a rainbow on your pre-packaged joints and call it an authentic collaboration between you and the LGBTQAI+ community!”

By means of conclusion, Laganja shares some thoughts on leveraging one’s platform as an artist to advocate for cannabis and social rights.

“I believe anyone with a platform should have a cause or passion behind their work that is bigger than themselves. I felt the knowledge I was learning about the plant had to be shared.”

Laganja lives an authentic life, publicly combining dance and cannabis everyday. She promotes daily consumption on their Instagram page, and has even created educational videos for YouTube.

“I believe anyone with a platform should have a cause or passion behind their work that is bigger than themselves.”

“I have spoken at colleges such as Trinity in Ireland and nonprofit organizations like Impulse in San Francisco, and the list keeps getting longer and longer the more creative I get,” she ends, inviting people to give cannabis a try, and consider a career in cannabis-related art.”