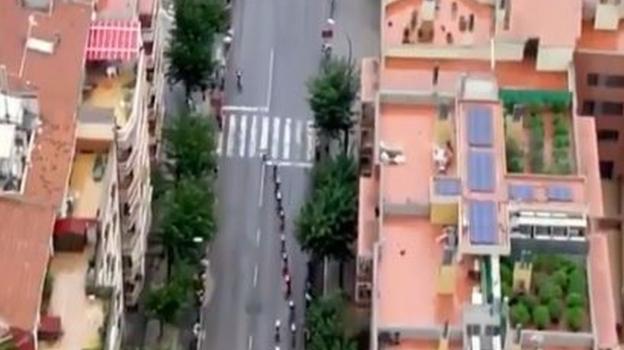 A cannabis farm was raided after a TV helicopter following the Vuelta a Espana captured its location.

Police in Catalonia seized 40 plants in Igualada, near Barcelona, after they were alerted to stage eight footage that showed two rooftop plantations.

A spokesperson added that no arrests had been made and there was an ongoing investigation.