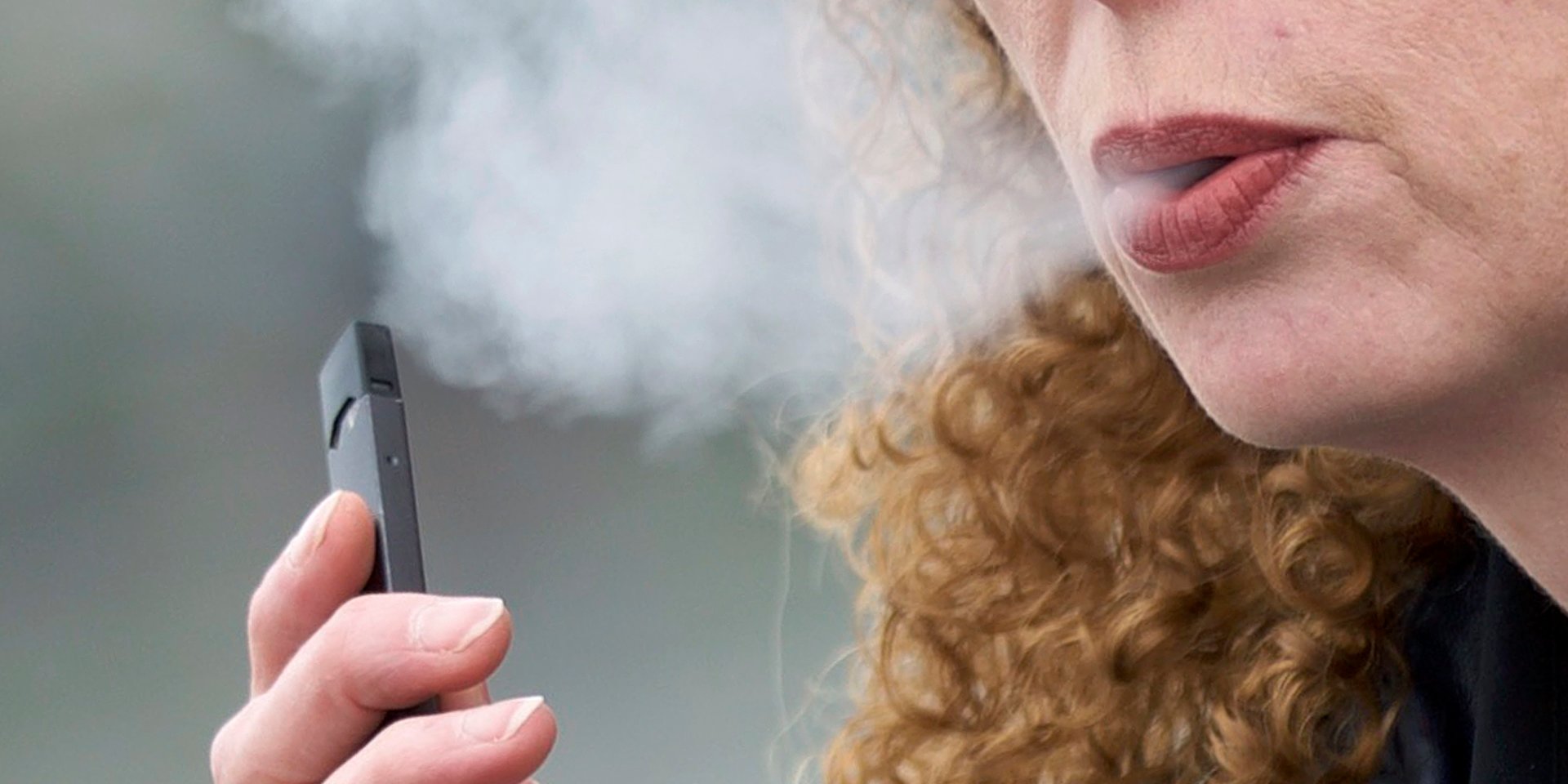 In July, a man bought a cannabis vape vial off the street in Wisconsin, where the substance is illegal, and was later hospitalized and put on life support.

„He was not breathing on his own at all yesterday. His heart was weak. They weren’t sure he was going to make it,” the man’s brother, Patrick DeGrave, told USA Today. According to DeGrave, his brother had been using a vape that was branded as „Dank Vapes.”

There’s a growing market for these illegal cartridges, which use cannabis distillates in a liquid form rather than marijuana flower to get users high. Sellers can open and tamper with the vials, adding other ingredients to make their supply last longer.

A new report in The New England Journal of Medicine looked at vaping-related illness cases in Wisconsin and Illinois and found that 24 of the 41 THC-using patients they interviewed had used a product that was branded as „Dank Vapes.”

Out of the 53 patients interview in total, 80% said they used some sort of cannabis vape product in the last 90 days before they started having symptoms like chest pain, nausea, and trouble breathing.

Former FDA commissioner Scott Gottlieb believes the underground sale of these products could play a major role in the rise of vape illnesses.

„I think this is probably going to be associated with illegal products,” Gottlieb told the New York Times. „It’s not like the major manufacturers have suddenly changed their ingredients. It’s probably something new that has been introduced into the market by an illegal manufacturer, either a new flavor or a new way to emulsify THC that is causing these injuries.”

People who sell Dank Vape brand devices on the black market hawk them as premium marijuana consumption devices, but the person who is running the business is a mystery, according to Inverse.

The business is popular enough that others have started copying it with their own „Dank Vapes,” making the name itself even more mysterious and difficult to track.

„These are just people filling cartridges as 'Dank Vapes.' It’s not a singular facility. It’s just people in their garages filling them and selling them,” Mark Hoashi, the founder an app that rates and reviews cannabis products, told Inverse.

Vitamin E acetate could be an illness-causing culprit

The illicit and nature of Dank Vapes and other popular THC vape brands has made it far impossible for authorities to determine a common illness-causing ingredient, but some experts believe Vitamin E could be to blame.

„We are leaving no stone unturned in following any potential leads, including Vitamin E acetate found in many of the samples containing THC, and we’re committed to taking appropriate actions as the facts emerge,” FDA Commissioner Dr. Ned Sharpless said in a tweet.

Vitamin E acetate is an ingredient naturally found in vegetable oil, and vegetable-based oils are often used as solvents to turn drugs like THC and nicotine into vapors so users can inhale them. Ideally, all of the ingredients should be vaporized before the user inhales, but in reality, some of the ingredients may instead end up in a user’s lungs.

As a result, the liquid sits in the lungs and can cause pneumonia, one type of vape-related lung illness officials across the United States have reported.

Until more information about the cause of the illnesses is revealed, Sharpless said people should stop using illegally-purchased vape products, modifying legally purchased products, and using THC oil at all.