Canadian tourism bureaus use controlled substances such as alcohol to entice people to attend wine cycling tours or craft brewery events, but when it comes to cannabis tourism the same push is virtually non-existent.

„I think we need to get on board or people are going to take their interests elsewhere,” said Jessilin Deschamps, manager of Windsor River Cruise. „I think we’re missing out on a huge market right now because certain people have biases against it.”

The wine connoisseur in some ways is not different than the cannabis connoisseur.– Rick Moscone, Canadian Marketing Association’s working group on cannabis

To capitalize on the growing cannabis industry, Deschamps is holding the first Cannabis Cruise this month along the Detroit River between Windsor, Ont. and Michigan, which just legalized marijuana at the end of last year. No pot will be sold, and „mooching” isn’t allowed. Guests will be required to bring their own marijuana.

When it comes to marketing cannabis, federal rules should be more like alcohol and less like tobacco, said Rick Moscone, co-chair of the Canadian Marketing Association’s working group on cannabis.

Rick Moscone, co-chair of the Canadian Marketing Association’s working group on cannabis, weighs in on marijuana marketing regulations in Canada. 1:45

„The wine connoisseur in some ways is not different than the cannabis connoisseur,” said Moscone.

„People do come to Ontario to check out wine country. One would hope that over time maybe we can develop the same reputation when it comes to cannabis.”

Even though some are taking cannabis tourism into their own hands, tourism agencies aren’t doing much in the budding industry because they have concerns about:

The Tourism Industry Association of Ontario (TIAO), recognized by the government as the voice of tourism, said many questions still remain around the marketing of cannabis from a tourism lens.

„Especially when you’re reaching out to other jurisdictions where it’s not legal. So, we’re still working our way through those kinds of sensitivities,” said Beth Potter, TIAO President and CEO. 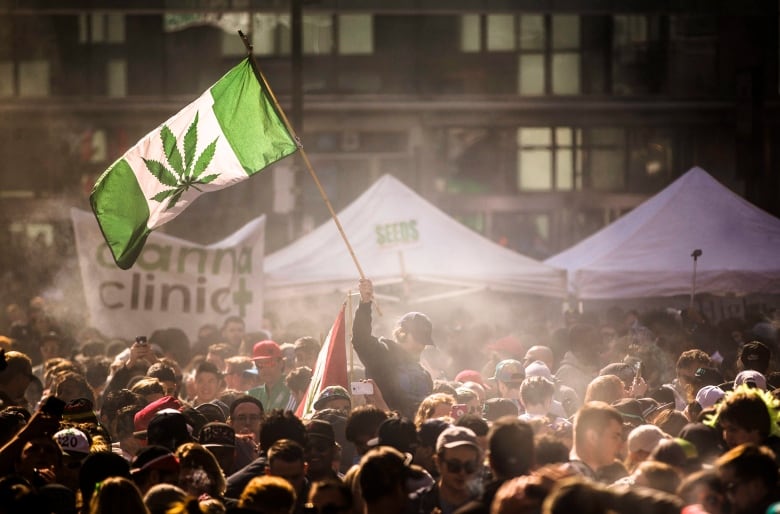 Each community’s moral compass is also a factor, according to Tourism Windsor Essex Pelee Island (TWEPI).

„Is this something that you want to promote or advertise? Are people going to visit Windsor-Essex because of it?” said Gordon Orr, executive director of TWEPI.

Cannabis tourism is on the bureau’s „radar,” but Orr said the industry is young, and needs to establish itself before TWEPI could bring cannabis businesses together and offer a „visitor-friendly experience.”

Despite the strict rules around marketing cannabis, and tourism bureaus' hesitation to jump on board, there are already some businesses that pair pot with places to stay. Bud and Breakfast is a Colorado-based company, but offers lodging with complimentary cannabis in Canada.

There are 22 Canadian locations listed online offering similar services. where „free cannabis is provided at a rate of two grams per adult registered guest, per visit.”

According to Health Canada, promoting pot is allowed under the Cannabis Act if the information is factual and delivered in a way where young people would not be able to freely access the information (via direct email, for example).

Here’s what Health Canada says is not permitted:

In order to develop these rules, and model them after tobacco, the federal government said a task force saw support from educators, parents and youth. These strict rules were mainly designed to keep cannabis advertising away from youth as „Canada has one of the highest rates of cannabis use in the world, particularly among youth and young adults.”

Anyone who is found to have contravened these regulations can be fined up to $5 million, jailed for up to three years or be found guilty of a summary conviction with a fine between $250,000 to $500,000.

Moscone, with the Canadian Marketing Association, said he hasn’t seen any guidance from Health Canada that would „provide more colour to the legislation.” He also hasn’t noticed any big fines from the federal authority when it comes to cannabis marketing that would „indicate where Health Canada feels people are going wrong.”

Progressive tourism authorities should be „jumping ahead of this issue” and lobbying the government to amend legislation, said Windsor, Ont. cannabis entrepreneur Jon Liedtke.

„I would recommend for any of them to get ahead of this issue because why would you want to let another community that’s outside of your boundaries eat this cake that’s going to be showing up,” said Liedtke.

„That would be a very big missed opportunity.”

Liedtke operated a cannabis lounge called Higher Limits, before changes to the Smoke Free Ontario Act forced it to close at the end of 2018. More than 100,000 people came through the doors from all over Ontario, and as far away as New Orleans, said Liedtke.

Tourism agencies should be quick, but cautious

„Canada has a unique opportunity to invite the world to see how cannabis is made. It’s very different than how many people think it’s made. When you go to Dublin, you go to the Guinness Brewery. Why not go to a cannabis company when you come to this region?”

By October 17, 2021 the federal government must initiate a review of the Cannabis Act — three years after it came into effect. The review will examine the impact on public health, how Indigenous people have been affected and look at the cultivation of cannabis plants inside homes.