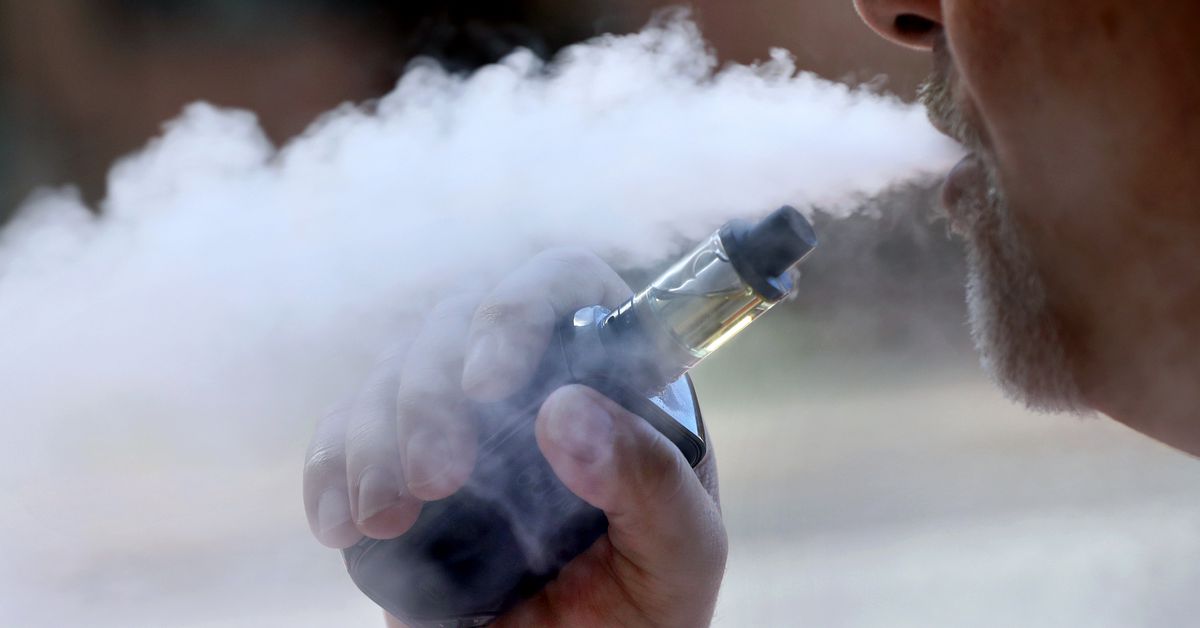 As President Donald Trump moved to ban flavored e-cigarettes containing nicotine and more cases of a mysterious vaping-related illness surfaced, both pot supporters and opponents are calling on officials to do more to regulate the sale of marijuana vaping products.

Forty-two people in Illinois have been stricken by the sickness, officials said late Wednesday — nearly twice the previous total announced in the state. The Centers for Disease Control and Prevention has identified more than 450 possible cases across the country that have been attributed to both cannabis and nicotine vaping products. Following a fatality reported in Kansas Tuesday, six total deaths have been linked to the outbreak.

“The severity of illness people are experiencing is alarming and the administration has assembled a team of health experts to provide recommendations on steps to protect Illinois residents,” Justin DeWitt, chief of staff of the Illinois Department of Public Health, said in a statement. “Our department is committed to ensuring all Illinoisans understand that e-cigarettes and vaping can be dangerous.”

One person has died in Illinois — the first reported fatality at the time it was announced last month.

DeWitt said some of the affected patients in Illinois reported using THC vaporizers, but it wasn’t immediately known how many.

Because the FDA is still analyzing the vape products in question, it’s unclear whether the person who died had used a nicotine or THC vaporizer, said DeWitt, who also serves as the IDPH’s acting deputy director for health promotion and medical cannabis. THC, or tetrahydrocannabinol, is the component in pot that gets users high.

While health officials in Oregon announced that a person who died earlier this month had used a vaping device containing cannabis purchased from a legal cannabis dispensary, DeWitt said there is currently no evidence in Illinois to suggest that any of the products used by the 42 victims came from licensed medical cannabis clinics here. He said that the IDPH is unaware whether any licensed patients have fallen ill.

Many in the vaping industry have placed blame on black market pot products.

Adam Hergenreder, 18, of Gurnee, made headlines earlier this month when he was hospitalized after using a THC vape cartridge he bought from a drug dealer.

“My lungs are like a 70-year-old’s,” Hergenreder told CBS News.

The Food and Drug Administration has pinpointed a potential culprit in the cases involving THC. Most samples containing THC included Vitamin E acetate, a substance commonly found in topical consumer products and dietary substances, the FDA said in a statement late last week.

“While the FDA does not have enough data presently to conclude that Vitamin E acetate is the cause of the lung injury in these cases, the agency believes it is prudent to avoid inhaling this substance,” according to a statement.

It wasn’t immediately clear whether Illinois regulators screen for the substance in testing of medical facilities.

However, CDC spokeswoman Kate Fowlie has said “it is premature to say any one particular substance is the cause.”

Smart Approaches to Marijuana, a group that has fought against marijuana legalization efforts in Illinois and other states, urged the president Wednesday to enact a moratorium on the sale of all THC vape products. Kevin Sabet, the group’s president, called on the Trump administration “to recognize that THC vaping poses a significant threat to public health and include these dangerous products in their forthcoming recommendations.”

“The sale of THC vaping oils and other products must be halted before more Americans are put at risk,” Sabet said in a statement.

Even officials in the cannabis industry called for more oversight. Chris Lindsey — director of government relations at the Washington-based Marijuana Policy Project, the country’s largest organization dedicated to reforming pot laws — said the outbreak presents an opportunity for the federal government to change its approach to marijuana regulation.

“We need the federal government to get its head out of the sand and treat this like a product that is consumed by millions of people in the United States — because it is,” Lindsey said.

There needs to be a “more comprehensive approach” to checking the pot industry, complete with federal standards for manufacturing and testing, Lindsey said. He used the Hemp Farming Act of 2018 as a recent example of the federal government lifting a ban on a controlled substance to bolster regulatory control and embolden a burgeoning industry.

Lindsey said cannabis industry insiders are still trying to wrap their heads around the rash of THC vape-related illnesses, adding that issues related to Vitamin E acetate were new to him.

“This is a substance that’s known and used safely on products but apparently there’s some indication that if it’s used in a vaporizer that it could behave differently,” Lindsay said. “It would be easy to make blanket statements, but I think we need to know a little bit more about what’s going on.”

Cannabis in the Classroom: Navigating the Administration of Medical Marijuana on Campus Under New California Law | The Recorder – Law.com

How to tell legal from illegal cannabis dispensaries in California – Leafly