Flavored sparkling water is now ubiquitous. That’s good news for fans of Spindrift, Polar, or LaCroix. Even more so for White Claw… if you can find it. But while sales of spiked seltzer are skyrocketing, a new class of sparkling water is garnering fans through savvy Instagram marketing and word-of-mouth, and it has one ingredient that can potentially make you feel things bubbles and natural fruit flavor can’t: CBD.

Cannabidiol — AKA CBD — is currently having a moment, showing up in everything from beer and coffee to chicken wings, balms, and tinctures. Now, industrious companies are seeing the demand for bubble water and giving it a twist, throwing relaxation-inducing CBD into cans of flavored seltzer and offering up an alternative to hard seltzers. And they’re gaining traction, popping up in more markets across the US, selling out online, and even cultivating relationships with one of the country’s biggest beverage distributors. CBD sparkling water is coming, though it might be moving a little slower than the Claw.

But CBD is still really confusing to the uninitiated, which in this case is the majority of the population. What the hell is CBD? Does it get you high like other cannabis-based products? And why are companies so excited to incorporate it into water and soda? More importantly, where can you get these refreshing drinks? We found all the answers, then tracked down the CBD seltzers you should be drinking.

MORE: Here’s where every state stands on the legalization of marijuana

CBD is perfectly legal… except for it’s also super illegal. Welcome to America, where state and federal laws often conflict with each other, confusing the hell out of everyone! But thanks to the Farm Bill of 2018, approved entities can grow and sell hemp products and extracts. (That doesn’t mean you can start growing it in your backyard, according to The Brookings Institute. Sorry, notable cannabis enthusiast Seth Rogen.) Here are a few important facts to know before we get into the fun stuff:

Keep in mind that even though CBD from hemp is legal federally, each state has its own laws, and it may be illegal to possess where you live. The laws get even more hazy for sparkling drinks that incorporate CBD.

“Nationwide, CBD is legal to consume on its own,” explained Robertson Allen, Ph.D., a senior consultant at The Hartman Group, which advises food and beverage companies on consumer trends. “But when you’re putting CBD in a food or beverage product, then it becomes more of a regulatory issue that’s under the purview of the FDA.”

Michael Lewis, CEO of the CBD sparkling soda maker Sprig, said that the FDA has been clear about CBD in food and drink. “It’s simple,” he said. “The FDA does not allow CBD in food products today. It’s in conflict with the Farm Bill, which broadly legalized hemp and removed it from the controlled substances act. There’s been a lot of pressure on the FDA from both Congress and the public to allow these products.” Lewis predicted that the FDA will likely approve CBD for consumption (along with regulations for those companies producing it) between now and the beginning of 2020. 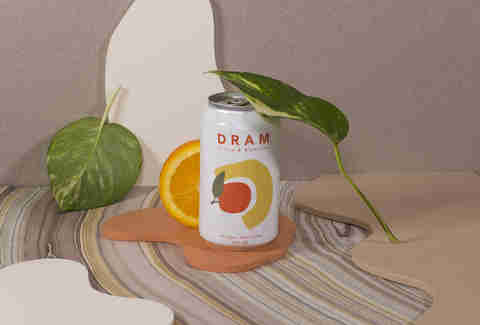 So why are companies investing in CBD, despite the fact that the FDA hasn’t even regulated it yet? In addition to pain-reduction and other potential medical benefits, there’s some evidence that CBD could be beneficial in treating anxiety. And guess who has anxiety? Everyone. Especially young people.

“Millennials and Gen-Z consumers are really interested in cannabis — CBD based beverages, especially,” Allen said. “We found in our latest health and wellness study that the #1 health condition consumers are trying to treat or manage is anxiety. For a long time it was being overweight and having high blood pressure, but this is the first year we’ve seen anxiety as the top concern among consumers.”

One of those people who treated anxiety with CBD is the founder/CEO of the beloved-on-Instagram Recess, Benjamin Witte. “I started experimenting with CBD oil about two years ago,” he said. “I’ve always naturally been a wired, hyper, anxious person. When I started using CBD regularly, I started to feel more balanced and even keel. I was more productive, more creative, and less anxious.”

He also recognized that a strong brand is super important if you’re launching a beverage company. While brands like Sprite and Mountain Dew spend millions pushing the narrative that you can be like a hip-hop superstar a pro athlete if you drink it, CBD has the added benefit of being able to literally change your mood.

“We’re marketing a feeling,” said Witte. “The taste is calm, cool, collected. The use case of taking a Recess is taking a moment throughout your day to reset, rebalance, and be your most productive and creative self. Like Red Bull is focused on action sports and Gatorade on athletics, Recess is focused on fashion, art, design, and internet culture.”

„The main thing people almost always say is that they feel relaxed within a half hour of drinking it, and that they slept like a baby that night.”

And it’s not just the CBD that makes these drinks appealing — Recess also adds ingredients like American ginseng, Schisandra (it “boosts vitality”), and L-theanine, which the company claims has a number of other health benefits, including “easing stress” and “brightening mood.”

DRAM Apothecary, a Colorado-based company that also has a serious Insta following, produces CBD sparkling water with more than just hemp as well.

“We added [adaptogenics] primarily because we found them to be effective in our own lives,” explained founder/owner Shae Whitney. “But also because there’s a ton of drinks coming out that are straight CBD, and we wanted to do something that was different. CBD is wonderful and has great health benefits, but so do other plants.”

DRAM’s cans of Gingergrass include organic ingredients like ginger root, amla berry, rhodiola root, and Canadian chaga mushroom. The company said it’s formulated to help reduce inflammation in the body, or if you’re struggling with a hangover. “The main thing people almost always say is that they feel relaxed within a half hour of drinking it, and that they slept like a baby that night,” Whitney said.

Whether or not these drinks will make you feel “calm, cool, and collected” is dependent on how CBD affects you. “Some people can’t have coffee, others can have four coffees a day before bed,” Witte said. “Caffeine impacts everyone differently, just like CBD.”

Lewis’ Sprig offers a line of sparkling sodas without any adaptogenics, and he believes that the science isn’t quite there when it comes to the benefits of combining CBD with additional ingredients. Regardless, it’s clearly generating interest. Although companies are reluctant to give out their sales figures this early in the game, things are looking promising. For example, two of DRAM’s four sparkling water cans are currently out of stock, and the company recently partnered with a little distribution company called Coors to help expand its footprint. And when Big Beer gets involved, it’s a pretty good sign that things are about to become more and more ubiquitous.

Where to find CBD sparkling water

Beverage companies clearly aren’t waiting for the FDA approve CBD in drinks, as many have opened online stores that ship to most states. Some are beginning to appear in retail locations like local grocery and convenience stores, though major chains (like Target, CVS) have yet to carry them.

“There will be a day in the next three-five years when these [drinks] will be available nationally,” Allen said. “Right now we’re seeing sales at retailers in legalized medical and recreational states.”

So which ones should you seek out? Here are some of the brands to pay attention to, all of which you can purchase online: 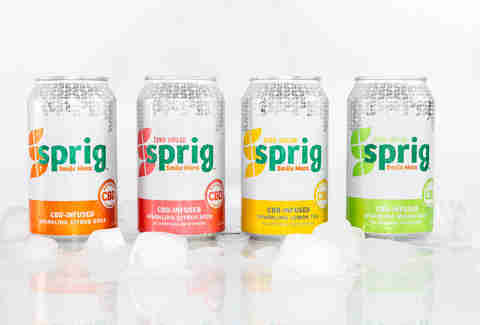 The Newport Beach, California-based company once produced THC sodas, but has pivoted into CBD sodas with 0% THC, most of which are sweetened with stevia. Don’t worry, Sprig isn’t opposed to you MacGyvering their product into a hard seltzer alternative — the company has a few cocktail recipe ideas on its site. The Melon Zero Sugar is a bestseller. 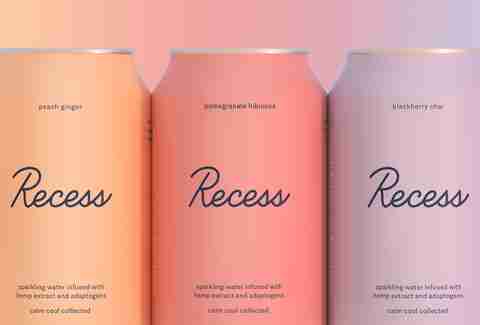 Based in New York, the company has some of the best branding we’ve seen in the CBD space. We dare you not to think, “Damn, they’re good at Instagram” when scrolling through their feed. Recess currently offers three flavors: Blackberry Chai, Peach Ginger, and Pomegranate Hibiscus, which can be bought online as a „sampler” that includes two of each. It can be found in stores in NYC, Southern California, and Miami, with new markets launching this year and next. 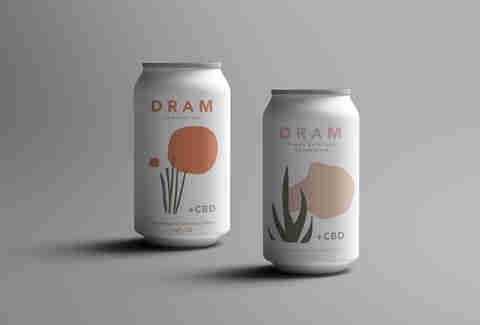 The Colorado company, which also produces CBD drops, found strong demand this summer for its organic CBD-filled Beauty Bubbles sparkling water with hibiscus and rose water. DRAM is committed to the bubbly water game — the creativity of its CBD-free herbal sparkling water flavors put everyone else to shame. Sign us up for a can with orange blossom, hibiscus, and grapefruit/lemon/lime/orange rind flavors. 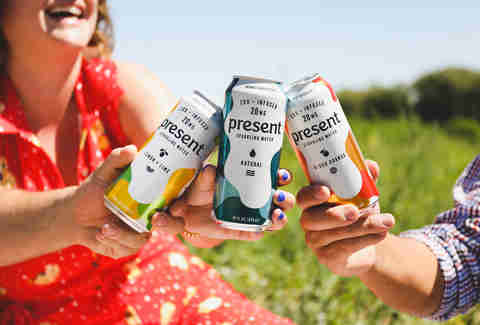 These cans of CBD water — with flavors like Lemon + Lime and Blood Orange — are a result of a joint venture between old-school Colorado brewery Left Hand and WAAYB Organics, a company that grows organic, industrial hemp. Craft beer isn’t as hot a commodity it once was (exhibit A: the rise of White Claw), so keep an eye out for more partnerships like this as breweries look to diversify their portfolios and continue to grow. 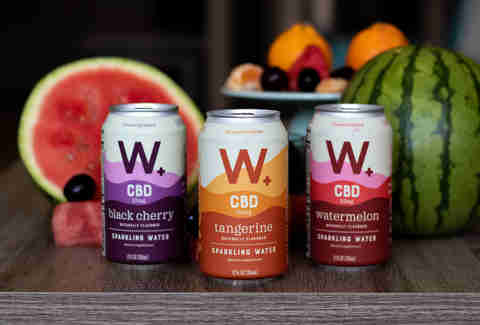 Yet another Colorado-based company producing CBD products, including Coconut Bites snacks, Weller offers sugar-free Tangerine, Watermelon, and Black Cherry sparkling water. Despite the name of the company, none of these products contain jam. (Shoutout to the three people into early ‘80s English bands who got that reference.)

Sign up here for our daily Thrillist email, get Eatmail for more food coverage, and subscribe here for our YouTube channel to get your fix of the best in food/drink/fun.

Lee Breslouer is a writer and editor based in Colorado, and posts photos of stuff he eats and drinks @LeeBreslouer.