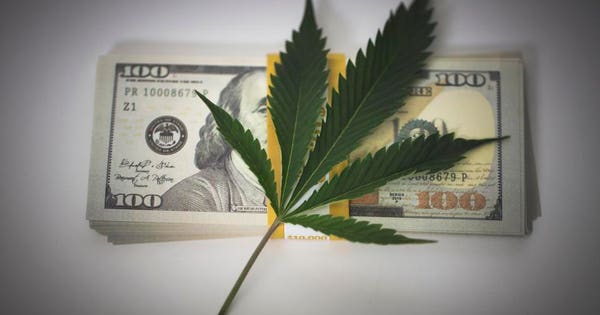 New Frontier Data, a Washington, D.C.-based cannabis researcher, has just released a new industry report that takes a detailed look at forecasts and trends. Also subject to scrutiny are revenue projections, the black market, consumer behavior and potential interaction with the U.S. opioids market. Dubbed „The U.S. Cannabis Report 2019 Industry Outlook,” the annual report, which runs over 100 pages, targets investors, business owners, governments, academics and researchers. „The report should be of interest to anyone who is keen to understand the growth and evolution of legal cannabis,” said John Kagia, chief knowledge officer at NFD. The document was produced in partnership with Global Cannabinoids, a Las Vegas-headquartered provider of hemp derived cannabinoid extracts and formulations.

Among the report’s key findings:

*Total legal sales of cannabis in current legal states are projected to grow at a compound annual growth rate (CAGR) of 14% over the next six years, reaching nearly $30 billion by 2025. This figure takes into account the likely projection that more states will legalize. Currently, 33 states and D.C. have legal medical marijuana markets while 10 states (plus D.C.) have legal recreational markets.

*An estimated 38.4 million U.S. adults consume cannabis at least once annually, from either a legal or illicit source.

*36% of cannabis consumers report using cannabis daily, and 59% use cannabis at least once a week

On the report’s forecast, New Frontier Data founder and CEO Giadha Aguirre de Carcer said their $30 billion estimate of U.S. legal sales for 2025 is „significant” for them considering they tend to assume a cautious „if not conservative” approach in their projections. “Foreign investment into the U.S. cannabis industry remains strong and domestic consumption continues to rise, especially as new states legalize,” added Aguirre de Carcer in a public statement.

When asked what findings in this latest report surprised them,  NFD’s Kagia said there was several notable developments that seemed to have “captured the zeitgest.” They ranged from the popularity of the CBD market in the wake of the December 2018 passage of the Farm Bill to the surging performance of newly legal markets, such as Nevada and Oklahoma, “with canna-tourists flocking to the states well-appointed dispensaries, and the latter shattering records as the country’s fastest growing medical cannabis market.”

But that wasn’t all. In addition to the continued and “dramatic” capital inflow into the cannabis industry, Kagia noted a “dramatic reassessment of cannabis’s place in society and the escalation of the legalization debate in capitals and local communities across the country.” Although legislative roadblocks still hobble some states, such as New York and New Jersey, from moving ahead with legalization, public support and pressure notwithstanding, right now, the issue has assumed great importance in the political landscape. Nearly every Democratic presidential candidate “has affirmed support for some measure of federal cannabis policy reform, adding to the likelihood of a substantial policy debate during the 2020 election cycle,” added Kagia. With a majority of Americans supporting legalization, according to the latest Gallup poll, and “support among younger voters being dramatically higher than that of older voters, the trend toward a more accepting view of cannabis will be generational.”