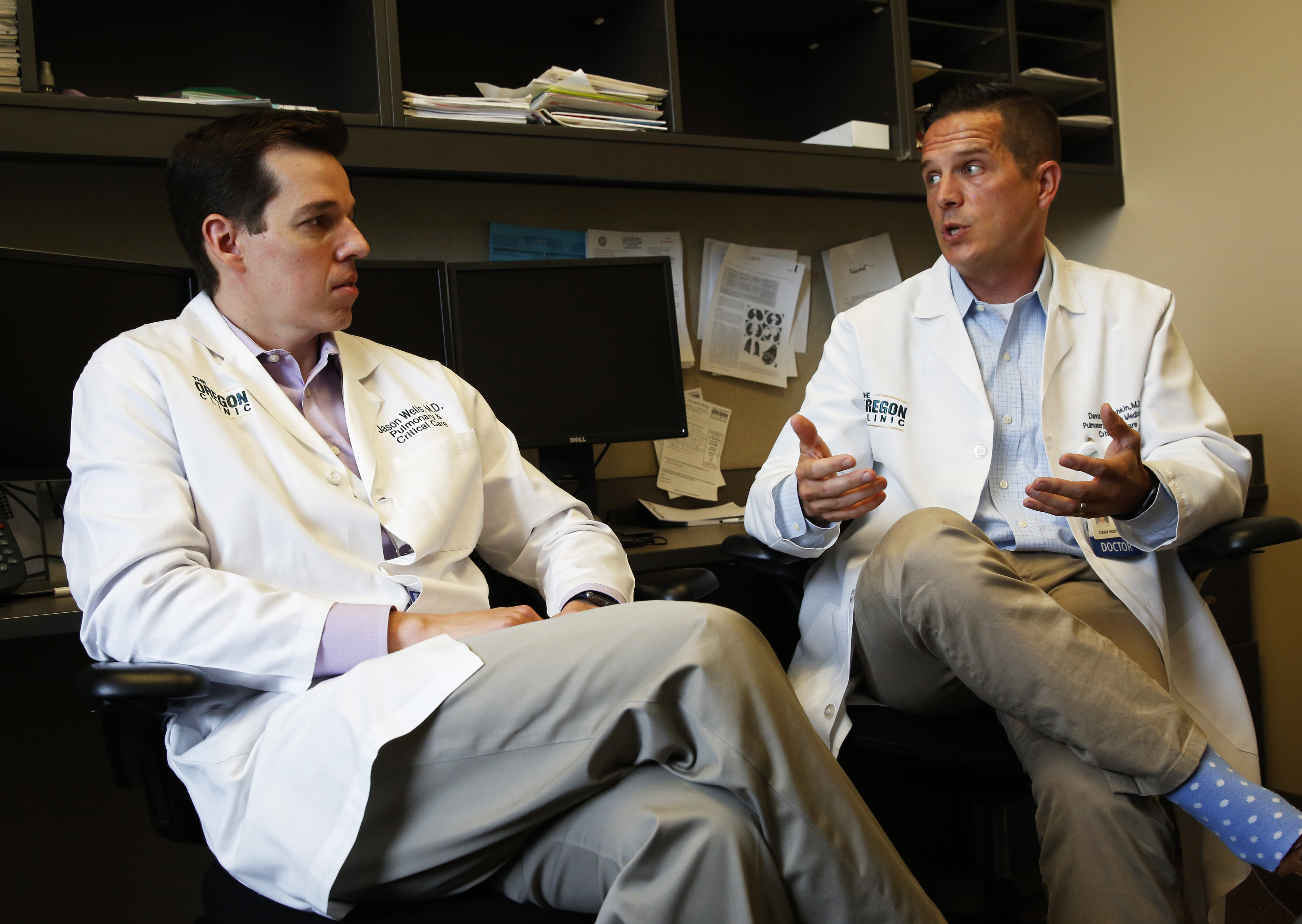 Massachusetts Gov. Charlie Baker’s decision to ban the sale of vaping products for four months was a swift reaction to increasing concerns over vaping-related illnesses and has been the most sweeping action taken yet in the U.S.

The move comes as health officials are still unsure of what specifically has caused a reported nine deaths and 530 other illnesses nationwide that are tied to vaping.

But two Portland doctors told OregonLive earlier this month that vaping marijuana oils likely led to the death of a patient they tried to save earlier this summer.

The doctors’ report adds some credence to the theory that vaping marijuana (as opposed to using edibles or smoking) could have severe negative health impacts. According to OregonLive, Oregon health investigators said the patient bought THC oil at two legal marijuana stores in Oregon.

The patient, who for privacy reasons was not identified, seemed to get better under hospital care after doctors used a special machine that draws your blood, saturates it with oxygen and then pumps it back into the body.

A turn for the worst happened quickly, though.

Just an hour before dying, the patient was walking in and out the intensive care room, OregonLive reported.

The patient was on the “young” side of middle age and was using marijuana for chronic pain and recreational reasons, Pulmonologists Jason Wells and David Hotchkin told OregonLive.

According to doctors, the patient first reported suddenly having trouble breathing. The condition worsened over the next two weeks to the point that the patient’s lungs were losing capacity. A few days after coming to the hospital, kidney damage was determined.

The doctors were trying to figure out how to transport the patient to a lung transplant center in California when the patient suffered a brain hemorrhage and died.

The Centers for Disease Control and Prevention reports it does not yet know the specific cause of the lung illnesses that have been tied to vaping.

„The investigation has not identified any specific e-cigarette or vaping product (devices, liquids, refill pods, and/or cartridges) or substance that is linked to all cases,” the CDC said in a release.

Although many of the reported cases involved vaping THC there were also cases of people who had vaped nicotine products.

The ban on vaping sales in Massachusetts is set to expire on Jan. 25, although the governor could extend it. The ban, Baker said, was to give health officials more time to investigate the causes of the vaping-related illnesses.