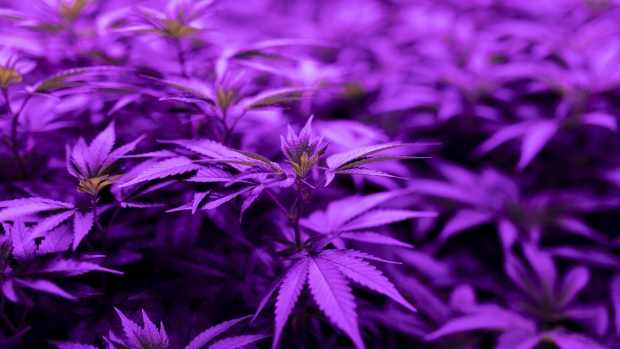 The U.S. House is poised to pass a bill that would let banks do business with cannabis companies in states that permit marijuana sales, a step that some supporters see as helping to pave the way to nationwide legalization.

The Secure and Fair Enforcement Banking Act, set for a vote Wednesday, would protect lenders from federal punishment for doing business with firms in the burgeoning industry. The idea has won bipartisan support in the House amid calls to help cannabis companies move away from operating in all-cash environments.

The House legislation co-sponsored by Democrats Ed Perlmutter of Colorado and Denny Heck of Washington is meant to allay national banks’ fear of doing business with cannabis companies because federal law makes it illegal for them to accept cash deposits, process credit-card payments, clear checks or make loans.

While it is likely to pass the House, the bill would need to overcome Republican resistance to get through the Senate. And even if it reaches President Donald Trump and he signs it into law, the new safeguards aren’t likely to draw big banks into pot banking, according to Cowen analyst Jaret Seiberg.

A new fund in New York says there is plenty of opportunity for investments in cannabis stocks now that valuations have fallen. Bloomberg News’ Kristine Owram has the details.

“This is not a total victory,” Cowen said in a note. “The biggest banks that operate across state lines will still worry that cannabis is still illegal at the federal level.”

SAFE Act supporters say banks’ resistance to the pot business has created a public safety problem in which thousands of growers, retailers and employees are awash in cash and thus more vulnerable to crime.

Small banks and credit unions, meanwhile, see the current situation as a missed opportunity as more states legalize marijuana and businesses boom. In the past year, lobbying groups including the American Bankers Association have pushed for legislation to amend these rules, which has helped attract Republican support.

Changes were made to the House version to help sway key lawmakers. One is a hemp provision aimed at Senate Majority Leader Mitch McConnell of Kentucky, whose state is a major grower of the non-intoxicating form of cannabis. Senator Mike Crapo, the Idaho Republican who leads the Banking Committee, has said he hopes to take up the issue and hold a vote later this year.

Senator Cory Gardner, a Colorado Republican, has played a key role in drumming up support for the bill. He’s up for re-election next year, and his seat could be crucial for maintaining Republican control of the Senate.