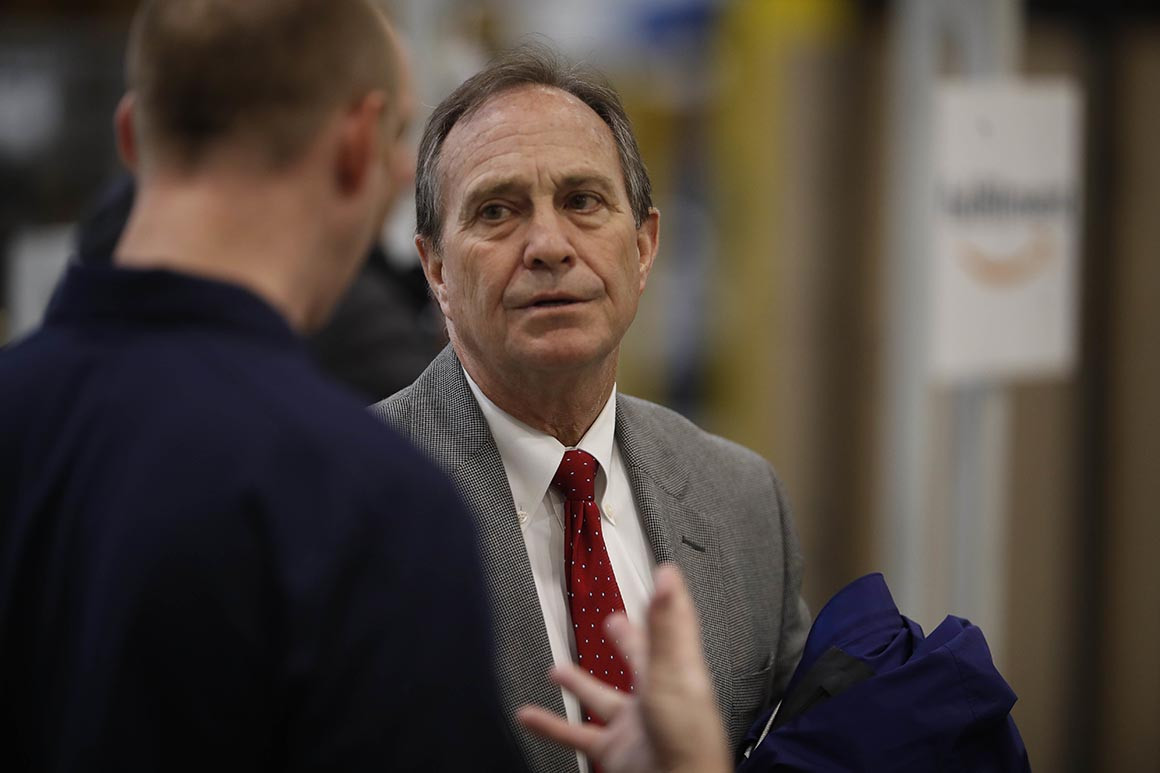 Republicans in Congress, who have stonewalled pro-marijuana legislation for years, are now emerging as the cannabis industry’s most valuable allies.

In a historic vote Wednesday, 91 Republicans joined 229 Democrats to pass legislation that would finally give marijuana businesses access to banks — a critical tool that the industry needs to grow.

The vote came after the cannabis banking bill’s lead sponsors had spent months trying to draw GOP support, walking a tightrope to avoid casting the legislation as a weed legalization bill. The hope was that their backing would boost momentum in the Republican-led Senate.

The Republican turnout for the bill is stark evidence that the politics around cannabis are rapidly shifting after 33 states — and likely more to come — have legalized marijuana in some form. Long-running stigmas around pot are fading as cannabis becomes increasingly entrenched in local economies.

“The genie is out of the bottle,” said Rep. Steve Stivers (R-Ohio), who led efforts to build the bill’s Republican coalition even as he remains opposed to legalizing recreational marijuana.

Republicans have long been the staunchest opponents of legalization, with GOP leaders in Congress refusing in the past to consider even the narrow safe harbor that the House approved on Wednesday. The bill, which passed in a 321-103 vote, would shield banks from federal prosecution for serving marijuana businesses in states where the drug is legal. The federal prohibition on the sale of marijuana remains.

High-quality coverage of one of the fastest growing industries in the country. Sign up for a free preview.

Now, the seal of approval by so many Republicans is giving the bill’s backers real hope that the Republican-led Senate will pass the legislation in some fashion.

President Donald Trump has sent positive signals and is not expected to stand in the way. A turning point last year was Trump’s ouster of Attorney General Jeff Sessions, who while in office reversed an Obama-era policy that allowed for legal marijuana businesses to operate.

House Republican leaders declined to try to stymie the bill, giving members freedom to vote in favor of the legislation. Among its supporters was Minority Leader Kevin McCarthy (R-Calif.).

Rep. Patrick McHenry (R-N.C.), the top Republican on the House Financial Services Committee, said he didn’t try to dissuade GOP lawmakers from supporting the bill. McHenry voted against the legislation.

McHenry’s predecessor, Jeb Hensarling, a Texas Republican who chaired the committee for six years, was widely seen as a major obstacle to the legislation, which Rep. Ed Perlmutter (D-Colo.) first introduced in 2013. The bill received its first committee hearing shortly after Democrats took control of the House in January.

“What I’ve told Republican members is you need to listen to your constituents and your conscience and make the best decision you see fit,” McHenry said.

Several factors helped deliver significant Republican backing, which was reinforced by a major lobbying push by banks, credit unions and the cannabis industry.

The rapid moves by states to permit the sale of cannabis has created public safety concerns because, without access to bank accounts, marijuana businesses have been forced to transact in cash, making them a target for criminals. It has also made it hard for regulators and state officials to track revenue from the industry.

A daily play-by-play of congressional news in your inbox.

But the legalization of marijuana at the state level has also made it an issue for a growing number of vendors and service providers that may not sell marijuana themselves but do business with the increasingly lucrative cannabis industry.

The knock-on effects have helped make it a key issue for bank lobbyists and skeptical Republicans alike.

“The most compelling arguments have been centered around these secondary relationships,” said American Bankers Association President and CEO Rob Nichols. “It’s the local plumber, it’s the local electrician, it’s the attorney, it’s the accountant who are doing business with a cannabis grower or dispensary who are then having challenges associated with getting banking products and services.”

Stivers said he decided to get involved early this year after a nutrient seller in his district informed him they were at risk of losing their bank accounts because they sold to cannabis-related businesses.

“We’re starting to hear from landlords, hardware stores down the street and a whole bunch of other folks,” he said.

After a March committee vote that attracted support from 11 Republicans, the bill’s backers looked for other ways to make the legislation more appealing to the GOP and Senate Republican leaders.

They focused on selling the bill to GOP lawmakers as a piece of banking legislation — not marijuana legalization.

They settled on two additions, which helped bring on more GOP lawmakers and may win over senior Senate Republicans.

One new set of provisions would establish specific banking protections for hemp products, which, like marijuana, are derived from cannabis. Hemp is an increasingly important crop in Senate Majority Leader Mitch McConnell’s home state of Kentucky, and he ensured it was legalized as part of a recent farm bill.

The other addition to the bill would prohibit bank regulators from discouraging lenders from serving businesses based on reputational risk. It’s legislation that Republicans have been seeking for years to prevent a revival of an Obama-era Justice Department program known as “Operation Choke Point,” which critics said pressured banks to cut ties with payday lenders, gun retailers and other customers that were out of political favor.

Sign up today to receive the #1-rated newsletter in politics

Among the program’s chief critics was Sen. Mike Crapo (R-Idaho), who is now chairman of the Senate Banking Committee. Crapo has no legal cannabis industry in his state and was first seen as a potential obstacle to cannabis banking legislation. But he recently told POLITICO he had been convinced to take up the bill in his committee — an announcement that House members believe helped move the needle further with Republicans in their chamber.

„It’s one thing to vote for this knowing it’s going to a deep and watery death,” said Rep. Denny Heck (D-Wash.), who has been working on the legislation with Perlmutter since its inception. „It’s another thing if it looks like, 'Hey, maybe this is a viable issue.’ … For him to say something, for the president to say something, it all added fuel to our fire. They were all wood pellets in the burner.”

Before the House vote, Stivers said the “Choke Point” addition helped raise his estimate of likely Republican support from 50 votes to at least 80.

“It changed the math,” he said.

The addition brought around Republicans like Rep. Blaine Luetkemeyer (R-Mo.). He voted against the bill in committee and opposes recreational marijuana but has been trying to pass anti-“Choke Point” legislation for years.

Luetkemeyer isn’t convinced that the underlying legislation will resolve the cannabis industry’s problems in accessing financial services. But he’ll take the win. Like other lawmakers, he’s also well aware of the potential medicinal benefits. His granddaughter has seizure problems, and a cannabis product known as cannabidiol, or CBD, is used to treat epilepsy.

“Sometimes you weigh the good and the bad in a bill and you find there is more good than there is bad,” he said.

This article tagged under:

Missing out on the latest scoops? Sign up for POLITICO Playbook and get the latest news, every morning — in your inbox.