Ontario is exploring the possibility of no longer running its wholesale cannabis distribution business, according to an exclusive report on BNN Bloomberg on Friday. The decision – which is tied to the province’s distribution hub running out of space – could see prices of legal pot in the province decline as a middleman would now be removed from the supply chain. Ontario, which is Canada’s biggest market for legal pot, will begin consultations with various industry members to pursue a Saskatchewan-like distribution model where licensed cannabis producers will ship directly to retailers. The report comes after the province lost $42 million in the last fiscal year, a shortfall attributed to outsized costs in establishing the province’s new pot business.

A legal battle launched by a group of 11 disqualified pot shop applicants in Ontario has been dismissed by a panel of judges, according to a court filing obtained by BNN Bloomberg. Lawyers representing the disqualified applicants argued that their clients didn’t receive fair process when they were notified that they won the lottery. The three judges overseeing the notice for judicial review – Justice David Corbett, Justice Katherine Swinton and Justice Robbie Gordon – ruled to dismiss the application brought forward by the disqualified applicants. The judges added that they will release reasons for their ruling within 10 days.

Illegal marijuana vape cartridges at the centre of growing public health crisis contain a range of toxins, according to NBC News. The report sent 18 THC cartridges to a leading cannabis testing facility. None of the three THC carts purchased from legal dispensaries in California contained heavy metals, pesticides or residual solvents like Vitamin E. However, 13 out of the other 15 samples from black market THC cartridges were found to contain Vitamin E, while 10 tested positive for myclobutanil, a fungicide that can transform into hydrogen cyanide when burned.

U.S. Senate Majority Leader Mitch McConnell is wading into the cannabis debate to pass legislation that would be able to develop technology that can distinguish hemp from its “illicit cousin” marijuana, according to Marijuana Moment. McConnell’s move comes days after the SAFE Banking Act passed the U.S. House and gets set for an uphill battle in the Senate. In the language added to a new spending bill, McConnell wants the Drug Enforcement Administration “to identify or develop on-the-spot field testing technologies” that would “enable law enforcement to distinguish between hemp and marijuana.” McConnell hemp-related advocacy efforts come after he led a measure in most recent Farm Act bill that federally legalized hemp.

$7.31
— The price of a gram of cannabis in Canada, down 0.9 per cent from the prior week, according to the Cannabis Benchmark’s Canada Cannabis Spot Index. This equates to US$2,499 per pound at current exchange rates. 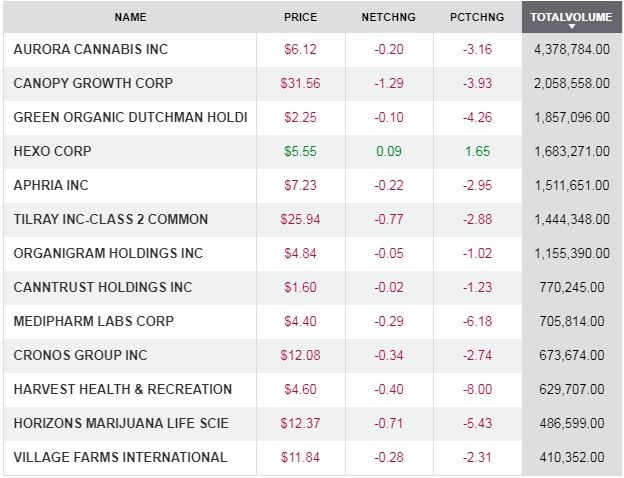