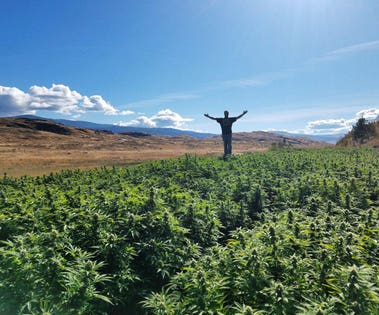 In the crush of impeachment news, few noticed a major development in the legal cannabis industry this week. The Secure and Fair Enforcement (SAFE) Banking Act, which allows banks to offer financial services to cannabis companies that are operating legally within their own state, passed in the House of Representatives by a decisive margin of 322 – 103 and is moving on to the Senate.

There is some flavor of legal cannabis market in more than 30 states, but the plant’s federal categorization as a Schedule One drug, has meant that banks would not offer services to companies growing, processing or selling marijuana. Without access to checks and credit cards, business operators have had to deal in large amounts of cash, making them targets for robbery and complicating the tax-paying procedures.

It’s important for legal marijuana businesses to access banking basics, like making deposits, transferring funds and taking out loans said Steve DeAngelo, co-founder of the cannabis dispensary chain in California, Harborside. Those financial activities, “foster economic growth and the creation of jobs that enhance the community,” he said.

And, it’s only fair according to DeAngelo. “The cannabis industry currently pays the federal government over $5 billion in taxes each year,” he said, “and it deserves to get the benefits all other business have access to, namely safe banking.”

The law will help keep investment in the United States and aid company growth said Adrian Sedlin, chief executive of Canndescent, a cannabis company. Access to banking would mean US cannabis companies could “stop turning to the Canadian capital markets, paying usurious rates for financing, and dealing with burdensome amounts of paper currency,” said Sedlin.

Michael Goldberg, a partner at Altitude Investment Management urges the Senate to vote in support of this measure in the coming months. ”The regulated cannabis market has consistently lacked adequate financial infrastructures and resources that are afforded to mainstream businesses due to federal regulations,” he said.

Doug Gordon, executive vice president and head of LeafLink Financial said he looks forward to “the advancement of this legislation through the Senate to empower the growth and development of the industry.”

The legal cannabis market has been a “job machine” and now employs 250,000 Americans according to Keegan Peterson, chief executive of Würk which creates payroll and human resources software for cannabis companies. The lack of banking access “puts the incomes of these employees at risk and causes unnecessary financial challenges for business owners.”

Employees at Cannabis City in Seattle