Several marijuana products have been identified as possible culprits in the mysterious epidemic of serious lung illnesses that has sickened more than 800 people who use vaping devices and e-cigarettes to inhale THC or nicotine, or both.

Health officials said on Friday that the products include THC-filled vaping cartridges labeled “Dank Vapes,” as well as some other illicit brands that people bought from friends or family or on the street.

But officials said Dank Vapes appeared to be a label that THC sellers can slap on any product and is not a specific formulation or a single product. THC is the psychoactive ingredient in marijuana.

“Dank Vapes appears to be the most prominent in a class of largely counterfeit brands, with common packaging that is easily available online and that is used by distributors to market THC-containing cartridges with no obvious centralized production or distribution,” said a report published on Friday by state health officials from Illinois and Wisconsin, and from the federal Centers for Disease Control and Prevention.

It is unknown who makes the THC products or where they come from, the researchers said.

The new information comes from researchers’ interviews with 86 people in Illinois and Wisconsin, from 15 years to 53 years old, who had become ill after vaping. Almost 60 percent had required treatment in intensive care units. About 87 percent of those interviewed had vaped THC from prefilled cartridges purchased from “informal sources” during the three months before they got sick, and 57 had used Dank Vapes.

Other THC brands named are Moon Rocks, Off White and TKO. The extensive use of prefilled cartridges suggests they “might play an important role” in the outbreak, the researchers said. Part of the appeal of vaping THC is that it lacks marijuana’s telltale odor, enabling users to hide what they are doing.

But officials said they did not know if vaping illnesses or deaths in other parts of the country were related to the same THC brands identified in Illinois and Wisconsin. 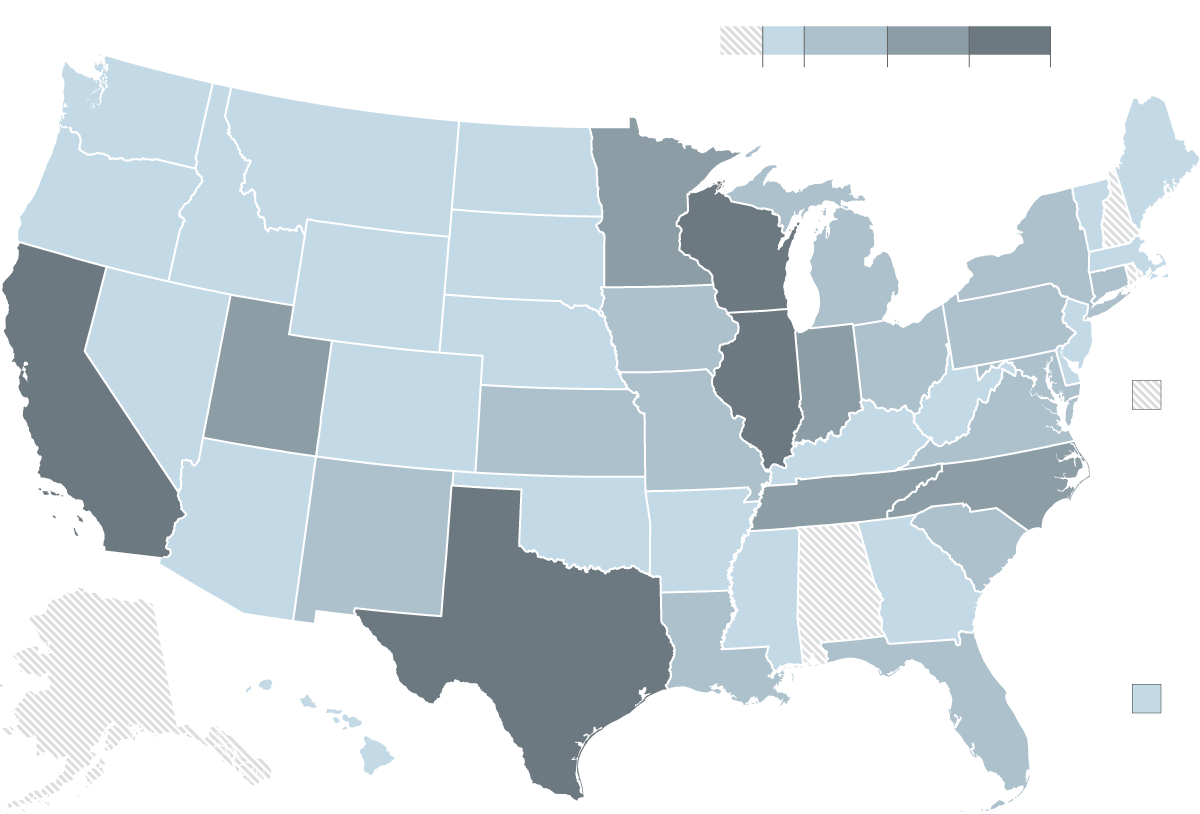 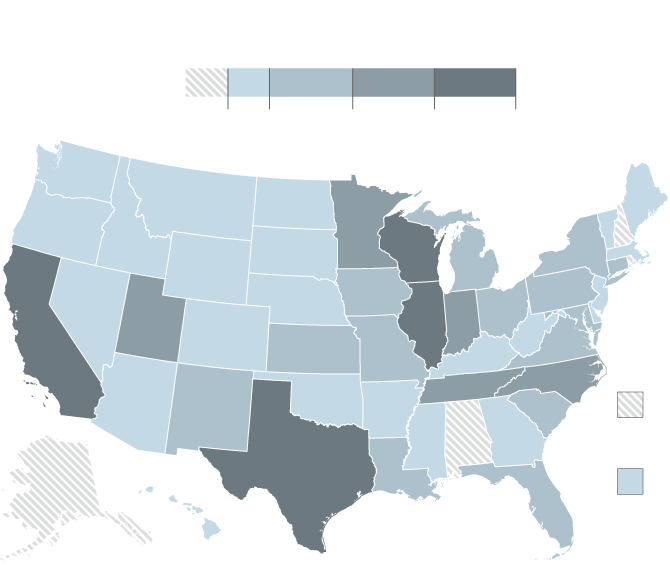 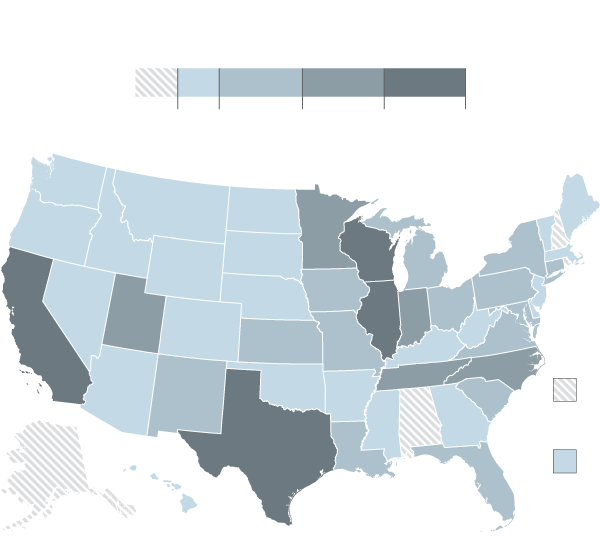 The new report may not surprise longtime users of THC, who have been warning one another online for months that Dank Vapes and other illicit brands may contain toxins. But some of the online reviewers admit that they have continued vaping those products anyway.

E-cigarettes first came on the market in the United States in 2007, ostensibly as a nicotine replacement to help smokers give up cigarettes. But the huge array of fruity and candy-like flavors and sleek devices have attracted increasing numbers of teenagers.

The C.D.C. held a briefing on Friday to discuss some of the findings in the health investigations of vaping illnesses that have now been reported in 46 states, involving 805 cases and 13 deaths. Oregon reported a second death on Thursday; state health officials said the person was hospitalized with respiratory symptoms after vaping cannabis products.

Dr. Anne Schuchat, principal deputy director of the C.D.C., called the lung illnesses “serious and life-threatening.” She described the marketplace for vaping products as dynamic, and said that there was a large array of products, ingredients, packaging and supply chains, and that consumers had no way of knowing just what is in the liquids they are vaping.

The 86 patients from Illinois and Wisconsin who were interviewed reported using 234 types of e-cigarettes or vaping products, labeled with 87 brand names. Of 75 who vaped THC, 49 used it at least once a day, and some more than five times a day.

Many of the patients throughout the United States had also reported using THC products, the agency said. Some patients have said they vaped only nicotine, but the Wisconsin researchers found that some patients who made that claim actually had used THC.

According to the C.D.C., of 771 patients nationwide, 91 percent had been hospitalized; 69 percent were male; and a little more than 60 percent were between the ages of 18 and 34. Of the deaths, the C.D.C. said that nearly 60 percent were of men, and the median age was 50 years old.

Both the C.D.C. and the Food and Drug Administration have been investigating the outbreaks of vaping illnesses, in an effort to not only identify the products used but also the substances that were inhaled.

The F.D.A. commissioner, Dr. Ned Sharpless, told a congressional panel on Wednesday that the agency had been testing vaping liquid provided by people who got sick.

“We’ve received about 300 samples,” he said. “We’ve tested about 150. I would say the answer is about 70 percent are THC products. The rest are nicotine products or something else. A significant fraction of the THC products, like maybe half of them, are contaminated with vitamin E acetate.”

Vitamin E acetate is a skin oil and has “no business” being in a product that people inhale, Dr. Sharpless said, adding that the product is added to dilute or “cut” THC before it is sold.

But other ingredients or contaminants may also be contributing to the illnesses, health experts have said.

“We do not know what is making people sick,” Dr. Schuchat said on Friday.

It is not known whether THC itself is the culprit, or whether solvents, contaminants or the devices themselves are to blame.

Patients have become weak, short of breath and sometimes nauseated. Many need supplemental oxygen and treatment in intensive care units. In some patients, the lung damage has been so severe that they have been placed on ventilators. In a few cases, lung function has been so poor that ventilators were not enough, and the patients also had to be connected to machines that pump oxygen directly into the bloodstream.

Most of the patients have recovered enough to go home after days or weeks in the hospital, but doctors say it is too soon to tell whether they will suffer permanent lung damage.

Given the unanswered questions about the exact cause of the illnesses, many health experts say people simply should not vape. Those who continue to do so should avoid THC and not buy vaping liquids off the street, or add ingredients to commercial products, the C.D.C. said.

It emphasized that adults who do not smoke should not start using e-cigarettes, and that young people and pregnant women should never use them.

The spate of illnesses this summer has led several states and lawmakers to call for more restrictions on e-cigarettes and for law enforcement agencies to crack down on illegal vape shops and illicit sales of vaping products. Michigan, Rhode Island and New York have imposed bans on flavored e-cigarettes, while Massachusetts has imposed a four-month ban on all vaping products. Gov. Jay Inslee of Washington State said on Friday that he would seek a statewide ban on flavored e-cigarettes.