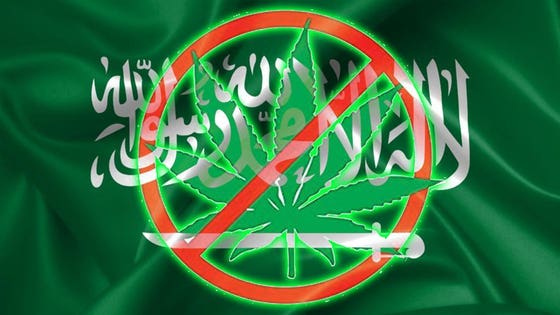 The Kingdom of Saudi Arabia announced today that it would open up its borders and provide tourist visas upon arrival at the airport to visitors from 49 countries, including the UK, US, Canada and Australia.

In another unprecedented move, the kingdom will not force female visitors to wear an abaya -the black, loose fitting garb culturally worn by some adherents to the Muslim faith.

Many see this as a major step forward for a conservative kingdom shrouded in mystery. Females were not allowed to drive cars in the kingdom until last year.

The kindgom’s reforms, spearheaded by Crown Prince Mohammad Bin Salman Al Saud, known by his nickname MBS, are seen as a public relations push to combat his sinking reputation in the wake of the murder of Washington Post journalist Jamal Kashoggi.

A Saudi native, Kashoggi was openly critical of MBS, which is rumored to have infuriated the Crown Prince, who allegedly order a hit squad to ambush and murder the dissident.

In the wake of the murder’s swift condemnation on the world stage, purportedly MBS failed to see what all the fuss was about. Although, a year after the gruesome slaying, he admits that it happened, „under his watch.”

Combine a brazen assasination with a disastrous Saudi-led war in Yemen that created a humanitarian crisis –millions of refugees are teetering on the brink of starvation– and the anniversary of the Sept 11th attacks stirring up fresh resentment, the kingdom’s popularity is at at an all time low.

Opening up the country to tourism may be a way to boost the country’s image and its economy. However, curious tourists should not expect Riyadh to become the new Dubai any time soon. The kingdom is still vastly conservative.

While progressive reforms are taking place, drug policy reform does not appear to be on the table or even open for discussion.

The use and possession of cannabis is illegal in Saudi Arabia. Use and possession for personal use of any kind of recreational drugs is often punishable by imprisonment. For Saudi citizens there is supposedly some leniency.

Imprisonment for personal use of cannabis could garner one to six months inprisonment with or without whippings for first time offenders.

Imprisonment for drug dealing can range between two to ten years in prison plus whippings. Repeated offenses and smuggling excessive quantities of drugs usually result in harsher sentences or even the death penalty.

According to Al Jazeera, in 2014, the kingdom beheaded four men accused of smuggling “large quantities of cannabis.”

Foreigners who are caught with personal amounts of cannabis might be deported; however, anyone from the 49 qualifying, newly-approved countries who plan on visiting Saudi Arabia are advised not to bring in or use cannabis or hashish in the kingdom.