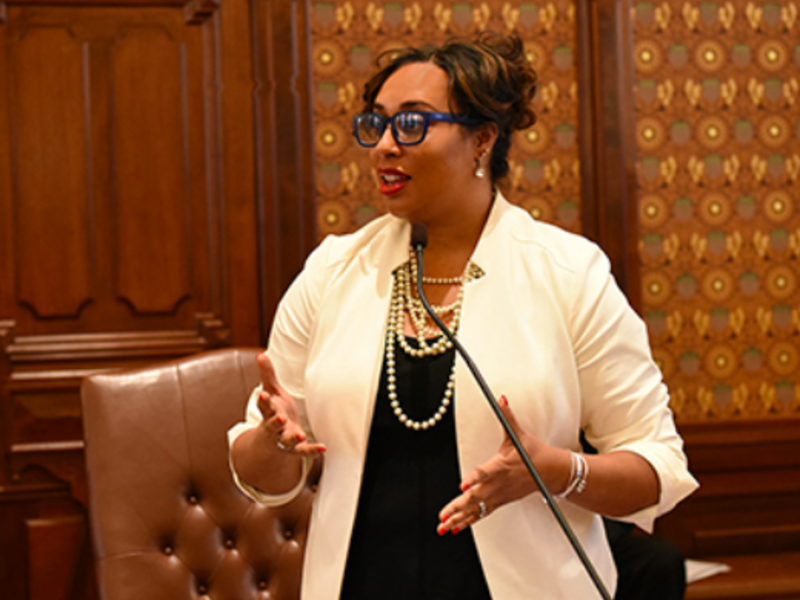 J.B Pritzker’s incoming weed czar, Toi Hutchinson, helped write the Illinois law legalizing recreational marijuana, so she won’t need time to get up to speed on everything in the legislation.

That’s a good thing, because there isn’t time. The state’s Jan. 1 deadline to implement a law signed in June looked like a stretch goal from the start. As we approach the 90-day mark, it’s looking even more challenging.

No one knows better than Hutchinson that the Legislature gave a lot of control to municipalities, who are left to decide whether to allow retail marijuana shops. Cities such as Chicago are just now starting the legislative process on zoning rules that cannabis companies must navigate before they can begin selling marijuana to the masses on New Year’s Day.

An unexpected curveball came from the state. To be ready for recreational sales by Jan. 1, legislators decided the state’s 55 existing medical-use dispensaries would be allowed to sell to recreational customers. They’d also be able to seek a license for an additional location.

The Department of Financial and Professional Regulation, which issues the licenses, interpreted the law strictly: It said the initial retail licenses would be available only at the exact locations where medical dispensaries were licensed when the law took effect July 1.

That’s causing challenges for operators in communities that are saying no to recreational weed dispensaries and to companies that want to move to larger locations to accommodate what’s expected to be a much bigger customer base come Jan. 1. Legislators who sponsored the bill urged Gov. J.B. Pritzker to intervene, but he declined.

It’s not clear how much authority Hutchinson will have on the matter, however. The law says the Cannabis Regulation Oversight Officer may “make recommendations for policy, statute and rule changes; and ensure the coordination of efforts between various state agencies involved in regulating and taxing the sale of cannabis in Illinois.”

But it also specifically prohibits the person in that job from participating “in the issuance of any business licensing or the making of awards … or any adjudicative decision-making process involving licensing.”

Still there’s plenty she can do behind the scenes to make sure municipalities and the state are on the same page more than not, starting with the City of Chicago. The industry was surprised by Mayor Lori Lightfoot’s decision to prohibit retail marijuana sales in most of downtown.

It seems increasingly unlikely that all 55 additional locations, which includes 11 in the city, will be open by Jan. 1.

Hutchinson’s involvement is likely to be more critical after Jan. 1, which is when the first new licenses will be awarded for dispensaries, transport companies and “craft” growers. As one of the key legislators on the weed bill, she knows that its social-equity provisions were crucial to getting the bill through the Legislature.

A central component of the bill was ensuring social equity, which took two forms. One is automatic expungement of criminal records for past arrest and convictions involving minor cannabis possession crimes. The other provision sought to ensure that people in low-income communities that disproportionately suffered from the war on drugs get a chance to benefit from the business of legalized marijuana. The state is supposed to post rules for new dispensary applications Oct. 1. Applications are due Jan. 1 and up to 75 new licenses will be awarded by May 1.