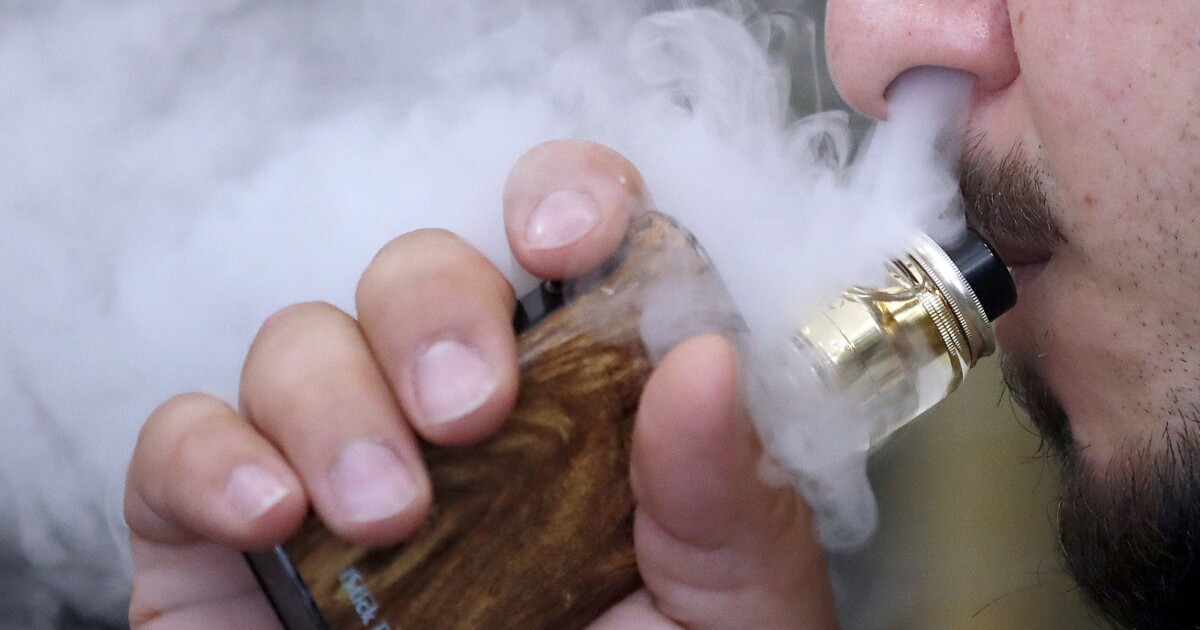 Seasoned vapers like to know exactly what is in the cartridges they buy, especially if they vape THC, the main psychoactive ingredient in marijuana. With at least 805 cases of probable or confirmed vaping-related lung injuries and 12 deaths under investigation, cartridge users know that doing their research now can be a matter of life and death.

Yet, even amid the signs that vaping substances of dubious provenance could be a mortal mistake, veteran THC vapers are willing to to take their chances.

Buying a THC cartridge on the street is a gamble because the Food and Drug Administration does not inspect the contents of vaping liquids made from THC or its legal cousin cannabidiol — better known as CBD.

A recent investigation of black market liquids that fill cartridges conducted by an outside laboratory found that many contained synthetic cannabinoids, plant material manufactured in a lab that mimics the effects of marijuana but includes added chemicals that can prove dangerous or even deadly. The chemicals that make up synthetic cannabinoids are about 800 times more potent than THC.

The danger of unwittingly buying a synthetic cannabinoid, or “fake weed,” is not new to THC vapers. Yet they said the recent uptick in lung injuries tied to vaping incentivizes them to keep doing extensive research before making a purchase, rather than deterring them from buying the products in the first place.

“I do a fair amount of research on sites like [online marijuana database] Leafly to learn more about the effects and characteristics of each strain and cartridge producer before I purchase them,” the New York vaper said.

Even without the help of internet sites to research specific cartridge manufacturers, some vapers buy their products from medical marijuana dispensaries rather than smoke shops.

“I don’t look for anything in particular when buying a THC cartridge,” a Massachusetts THC user told the Washington Examiner. “I go to various places like regulated medicinal marijuana stores as well as friends and friends of friends.”

Much like ingredients in black market THC cartridges, knock-offs of Juul — the most popular e-cigarette brand — and other nicotine vape liquids are mystery concoctions. Juul is considerably more forthright about what goes into their vaping products, listing on packaging that each pod includes glycerol, propylene glycol, nicotine, benzoic acid, and flavor. The company has not divulged what goes into their flavors, though, saying at most that they are “food-grade.”

The CDC and the Food and Drug Administration have advised people to stop using vaping products entirely until they figure out what is causing the fatal lung injuries, but former FDA Commissioner Dr. Scott Gottlieb suggested Thursday that counterfeit THC products are the main culprit.

„It appears many if not most of the lung injuries are related to illegal vapes that contain dangerous oils. This includes many THC and CBD products but may also include illegally bought nicotine vapes and counterfeit e-cig products,” Gottlieb said on Twitter.

Still, words of caution from the CDC and the FDA have not scared off THC vapers.

“I’ve read the underlying text about how most of the people getting really sick were buying risky, synthetic vapes,” the New York vaper said. “I’m not really worried since I’m buying cartridge brands that retail in states where recreational use is legal.”

Vapers are, however, frustrated that those who buy nicotine or THC cartridges from shady sources may ruin vaping for those who do their due diligence. Dr. Ned Sharpless, Acting Commissioner of the FDA, said Wednesday, “E-cigarettes are not safe.” Vapers point out that e-cigarettes and vaping THC should not be treated as the same.