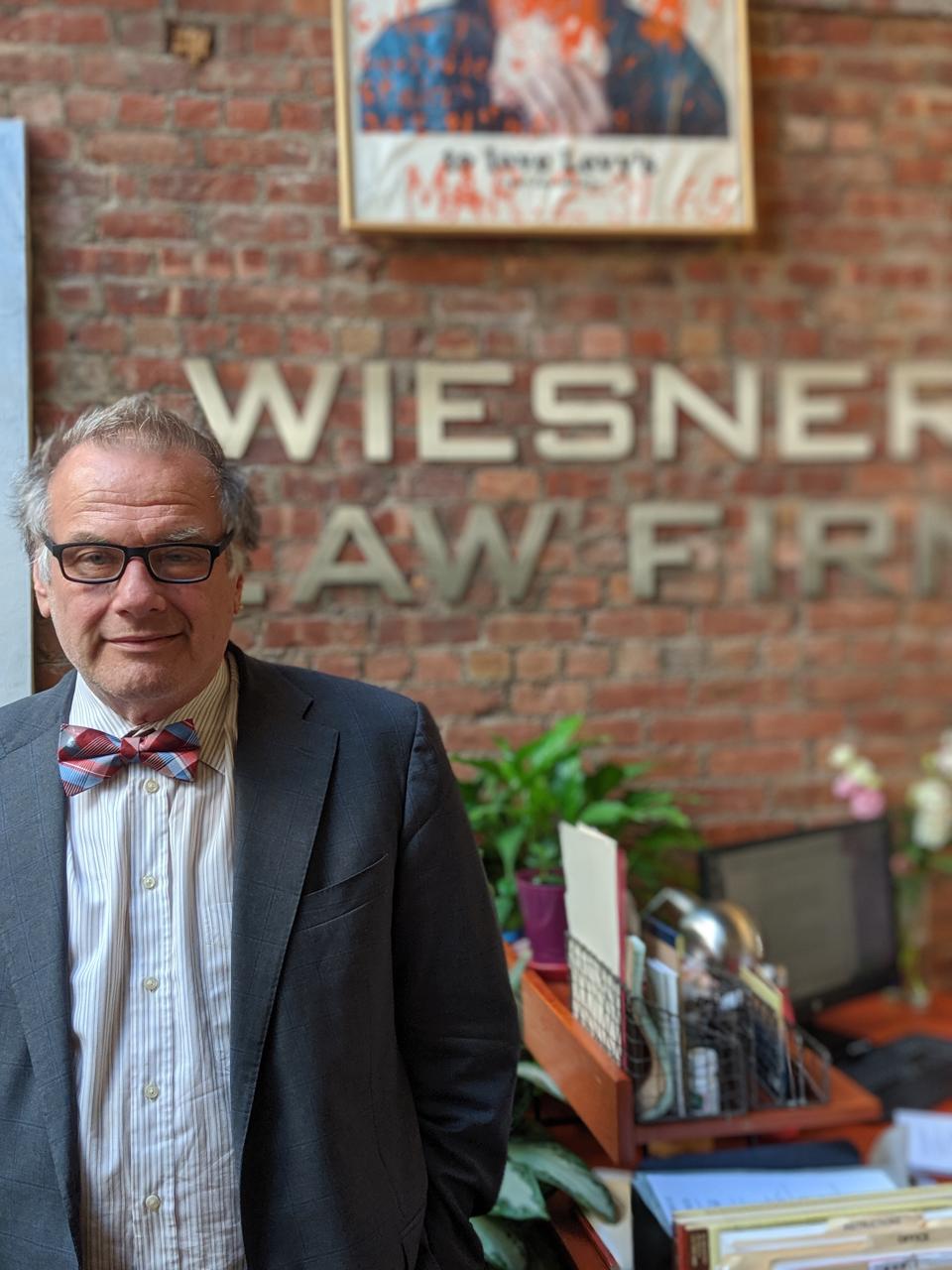 Warren Bobrow=WB: Where are you from? Why get into the legal aspects of cannabis? Did you go to business school or just law school? Who is your mentor?

Neil Wiesner=NW: Im from New York City and, when I was in college, it was only the rare weirdo who wasn’t smoking marijuana. At that time, pot was the least favorite of my recreational drug choices. That was nearly forty years ago, and I hear what’s out there now bears little resemblance to what I was familiar with back then. I think drug laws in general are horrible. There are certainly safety and health issues related to drugs, but I do not believe the correct response is their criminal prohibition. When I was in prison, I was in rooms daily with men who, collectively, lost thousands of years of life to confinement as a result of drug criminalization.

I got out of prison nearly 30 years ago and, fortunately, there’s far fewer inmates locked up for pot today. Now, it is legal in some form, or decriminalized, in nearly 3/4 of the nation.

People take drugs for all sorts of reasons, among other things, to cope, to ameliorate depression, to explore themselves, to self-medicate and simply to enjoy themselves. I have a problem with none of these things per se. If someone is having a problem from his or her use of drugs, I want to help them, not to lock them up. I have had many mentors, but in a professional sense, my mentors were Haywood Burns, my former law school dean, and John Carro, the former New York Appellate Division Judge.

NW: While it is more complicated than this, simplifying it, I wanted to become the kind of lawyer I could not find when I needed one. Further, I was thrown for decades into the social garbage bin of prison. No amount of my strength, or tears or prayers could open the prison door. Poor, and reviled in a social sense, by putting pen to paper and asserting the ephemeral blessings of our Constitution, I was able to open the prison gate and get my life back. Infatuation is usually less well-founded. My firm in New York City, which waxes and wanes in size, aspires to treat its clients as if they were our daughter, or brother or father, or mother, whatever fits. You wouldn’t (most of us anyway) churn your Mom’s case, or pad her bill, or allow your self-interest to influence herrepresentation.   You wouldn’t do that to someone you love. Well, I wouldn’t anyway. I have no plans. I have no dreams of becoming a conglomerate or one of those firms that boasts in subway advertisements about their verdicts.   My clients’ affairs are my client’s affairs. My successes belong to my clients as would too my failures. You don’t see these subway firms boasting of the mistakes they’ve made. Perhaps they’ve never made any.  Right.

NW: I’ve been working on peach pies recently. That’s strictly a seasonal thing as it is hard to find really good peaches. My favorite restaurant is 11 Madison Park. It is hard to imagine spending a couple thousand dollars on a meal for two and saying, at the end of it, it was worth it. But it happens here.

WB: What obstacles stand in your way? How do you propose removing those obstacles? What market do you most want to enter? Why?

NW: My biggest obstacle, professionally at least, is finding clients with the resources which allow me to, as closely as possible, ensure success, particularly where the stakes are a person’s freedom. It is painful to have cases you think you could win but for resources which aren’t available. I try to avoid those cases.

I’ve had some unusual successes in representations involving adult businesses and I enjoy that work. Adult businesses are great clients to have as they always need lawyers and they always have the money to pay for good representation. For instance, I had a client who was allowing her rear end to be used for a mold for a sex toy. She wanted to copyright her butt so she could limit the numbers of replicas to the number she was being paid. I told her she couldn’t copyright it, but could license its use for replication. As far as marijuana in the court system, I believe all drug prosecutions are inherently unjust.

WB: What is your passion?

NW:On a better day, when I am rapt by the spell of existence, everything.  On my worst day, as always, my 3-year old daughter.

Neal Wiesner, an ex-con who studied law while incarcerated and successfully had his conviction overturned, earned his law degree from City University of New York Law School (CUNY) in 1994. Upon graduation, he interned for former New York State Supreme Court Appellate Division Justice John Carro and former Criminal Court Judge Lorin Duckman drafting appeals for former judges and law firms, as well as drafting litigation papers in complex matters. Mr. Carro called him „the best clerk I ever had.” To this day, a significant portion of his practice involves the representation of attorneys on various matters. Wiesner is currently admitted to practice law in the States of New York and New Jersey and multiple federal District and Circuit jurisdictions as well as United States Tax Court. He opened The Wiesner Firm inManhattan in 2005, specializing in everything from marijuana to sexual misconduct. While in school Wiesner established the Ex-Offenders Law Students Association and started a mentoring program to help underprivileged foster children. He has taken on pro-bono work to help ex-cons get back on their feet and has done volunteer work for homeless people with AIDS and victims of domestic violence.  Wiesner now lives in New York City with his 3-year old daughter and rescue dog. Mr. Wiesner carries a copy of the Constitution with him at all times. www.wiesnerfirm.com