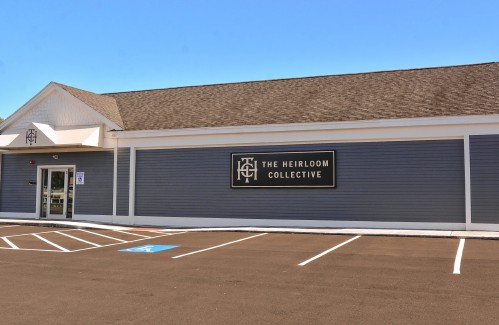 HADLEY — Hadley’s first marijuana shop, which will initially be restricted to medical sales, could open in November on Route 9 near the Amherst town line.

The Heirloom Collective Inc. is poised to open at 457 Russell St., a former Sunoco gas station that has been renovated into a dispensary. The Select Board unanimously approved a host community agreement Wednesday with James A. Counihan, the company’s CEO.

This deal, which replaces an earlier host community agreement specific to medical marijuana, sets the stage for the company to also offer adult-use marijuana once the Cannabis Control Commission approves this element of the business.

The agreement also calls for a $2,000 donation to Hadley charities.