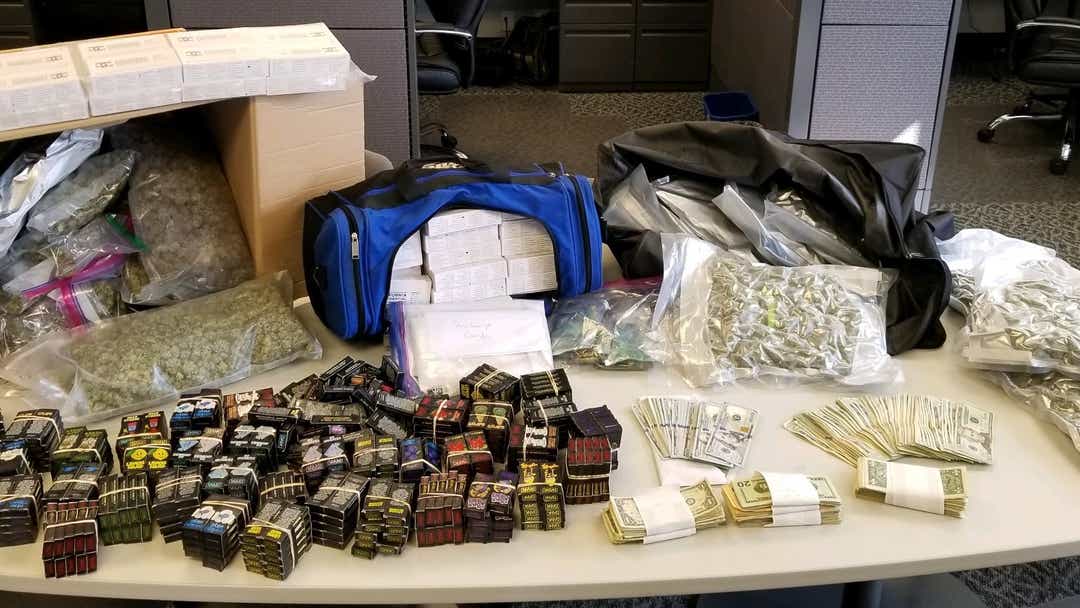 Police found an estimated $80,000 worth of THC vaping cartridges and other marijuana products in a recent raid of a Genoa City residence, according to a news release.

The Walworth County Drug Unit served a search warrant Wednesday in the 400 block of Franklin Street and arrested a 36-year-old man, said Capt. Robert Hall. Online court records show the man had not been charged as of Saturday.

A picture from the bust shows hundreds of cartridges labeled with the Dank Vapes brand. Health officials in Wisconsin and Illinois warned Friday that the commonly counterfeited brand has been linked to many vaping-linked lung illnesses in the two states.

In Wisconsin, early reports from teen and young adult patients revealed that individuals with confirmed lung injuries reported vaping nicotine, THC or both.

At least 60 vaping illnesses have been reported in Wisconsin in recent months, but no deaths. Nationwide, the outbreak has grown to 805 confirmed and probable cases across 46 states, with at least 12 deaths, officials with the U.S. Centers for Disease Control and Prevention said Friday.

Health officials said Friday that nearly all THC vaping products connected to the outbreak were pre-filled cartridges that people bought from friends, dealers or off the street.

Two Kenosha County men were charged earlier this month for allegedly coordinating a massive THC cartridge operation in the Village of Bristol that produced 3,000 to 5,000 counterfeit vaping cartridges each day. The cartridges contained as much as 1,000 mg of THC — more than 150 times what the label indicated, authorities said.

The Village of Genoa City Police Department and the Walworth County Sheriff’s K-9 assisted in the arrest.