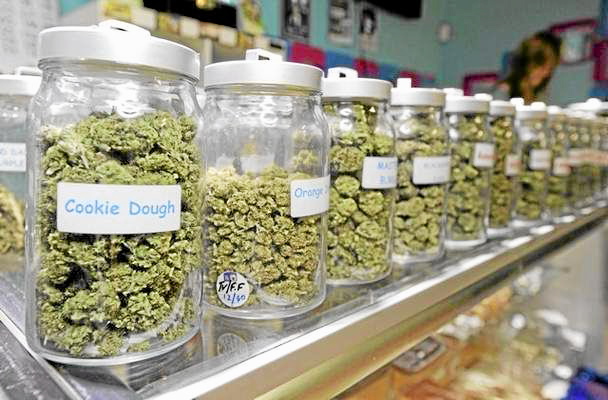 San Anselmo officials are considering reversing a ban on marijuana stores after the town received two applications from groups hoping to open dispensaries in town.

The Town Council listened to hours of impassioned public testimony on Tuesday as it grappled with the future of San Anselmo’s cannabis regulations.

The council adopted an ordinance banning cannabis businesses in 2017, but the regulations included a stipulation that a prospective business operator can apply for an exemption to the ban. Councilwoman Alexis Fineman called it the “no, but let’s see approach.”

The two applications, one submitted in December and the other in September, are the first the town has received since its cannabis ordinance was passed. The prospective stores would be at 805 Sir Francis Drake Blvd. and 34 Greenfield Ave.

Rather than allowing the stores to circumnavigate the ban, some council members said they’d like to explore the possibility of updating the town’s regulations to allow a certain number of retail outlets. The council is set to consider allowing medical marijuana dispensaries and delivery services in addition to recreational marijuana delivery services.

Many town residents told the council they don’t want marijuana sold at stores in San Anselmo. Some said allowing retail could increase youth access to cannabis. State law forbids recreational marijuana sales to anyone under the age of 21.

“I’d do just about anything to preserve the family-friendly ethos and charm of this great town,” resident Peter Gilberd told the council. “And I can’t think of a surer way to erode that appeal than by establishing San Anselmo as the premier destination for cannabis within the county.”

But some said San Anselmo’s youth already have access to cannabis, and that a store wouldn’t increase access for minors because they wouldn’t be allowed inside.

“Children get it usually through the black market,” said Patrick Fasano, a San Anselmo business owner who said he is one of the applicants hoping to open up a marijuana store. “If you really want to put the black market out of business, regulate it.”

“I am unabashedly in favor of a responsible adult dispensary in this community,” Brown said. “Youth should come nowhere near this, nowhere near nicotine and nowhere near alcohol. But that doesn’t mean we should treat our adults as children.”

Councilman John Wright said he was opposed to a cannabis store, while Fineman and Councilman Brian Colbert said they’d like the council to further study the possibility of allowing certain types of cannabis retail.