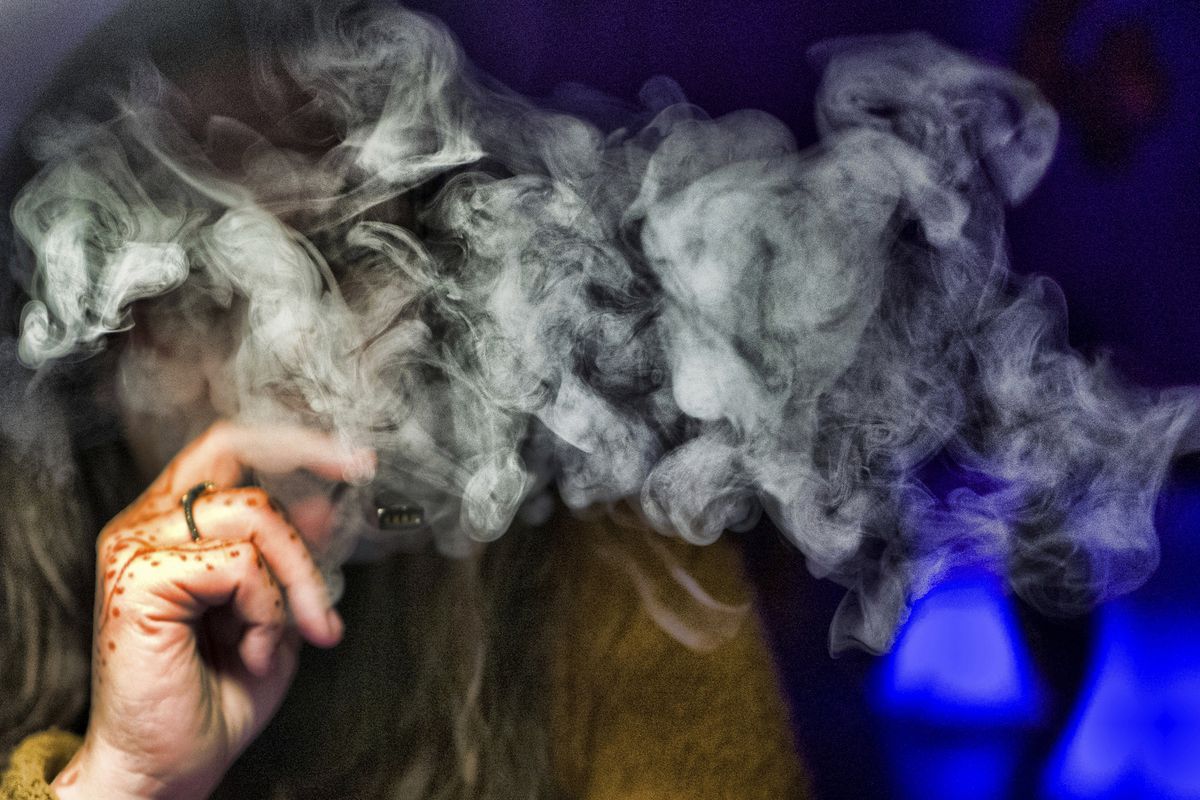 Part of cannabis and small business and retail

A woman takes a puff from a cannabis vape pen in Los Angeles on Dec. 22, 2018. The serious lung illness affecting hundreds of people in the U.S. comes at a time when Canadian cannabis companies are investing millions of dollars into marijuana derivatives, including vape products.

A U.S. recommendation that consumers avoid vaping products containing the active ingredient in marijuana could be a blow to Canadian cannabis companies’ hopes that the higher-margin products will help propel them to profitability.

The U.S. Centers for Disease Control and Prevention (CDC) said on Friday that an investigation into 805 confirmed or probable cases of vaping-related respiratory illnesses suggested that products containing THC, the psychoactive element in cannabis, likely played a role.

The heightened health concerns come at a time when Canadian cannabis companies, whose share prices have tumbled over disappointing sales and supply and quality hiccups, are investing millions of dollars into marijuana derivatives, including vape products.

While keeping a wary eye on U.S. developments, they are betting that already-strict Canadian regulations will ensure the safety of their products.

The Horizons Marijuana Life Sciences Index ETF has dropped 54 per cent since its Oct. 16 peak, the day before adult recreational use of cannabis flower and THC and cannabidiol, or CBD, oils were legalized. CBD does not contain the compound that gets people high.

The vaping concerns have contributed to recent declines and will continue to hurt shares, said Bruce Campbell, portfolio manager at Stonecastle Investment Management, which invests in cannabis stocks.

“It’s a case of ‘shoot first, ask questions later,'” he said. “[Investors] probably do some quick back-of-the-envelope math and say, ‘We’re not going to see the sales we expected, so we’re out.'”

Analysts estimate that in some established U.S. markets, vape sales are down as much as 30 per cent, with many cannabis consumers reverting to use of less profitable flower and oil products.

While a shift away from Canada’s illicit cannabis-vape market into legal dried flower is positive from a public-health standpoint, prolonged uncertainty could hurt legal vape sales.

Investigators have pointed to vaping products containing THC or vitamin E acetate, a thickening agent often mixed with THC oil in the illicit market, as possible causes of the rash of serious lung problems.

“In theory, it should promote the legal market,” Mr. Zandberg said. “But if you don’t have very aggressive education behind these products, a good portion of the population doesn’t see the difference.”

The regulations that take effect on Oct. 17 take into account the emerging health risks associated with cannabis vaping. They prohibit additives including vitamins and colouring agents, Health Canada, which regulates cannabis producers, said in an e-mail.

The Health Department added that it is monitoring the situation and will take additional action if needed.

“The Canadian government should come out as soon as possible one way or other and either double down on vape products or remove them from the derivatives market. You have to give the industry clarity,” said Brett Hundley, a cannabis analyst at Seaport Global.

If the government suddenly removes vape products from the roster of expanded legal cannabis offerings, including edibles and extracts, “that’s going to reverberate back through the supply chain and it’s going to lead to a whole host of near-term issues” for these companies, Mr. Hundley said.

Cannabis companies are trusting that adhering to Health Canada’s rules will provide reassurance for investors and consumers.

A spokesman for Canopy Growth Corp., Canada’s biggest cannabis producer, in an e-mail pointed to the importance of the regulatory frameworks for cannabis vape products that Canada has in place.

Hexo Corp., another Canadian company with a variety of cannabis products, said it is focused on ensuring it is compliant with Health Canada’s regulations. Hexo is double-testing its vape products, James McMillan, vice-president of business development, said in a phone interview.