Will this week go down in cannabis history?

It’s very possible, thanks to the passing of the SAFE Banking Act in the House of Representatives. This is a potential game-changer for the cannabis retail segment, if it passes in the Senate. Meanwhile, there were also developments with marijuana stocks Canopy Growth (NYSE:CGC) and GW Pharmaceuticals (NASDAQ:GWPH). 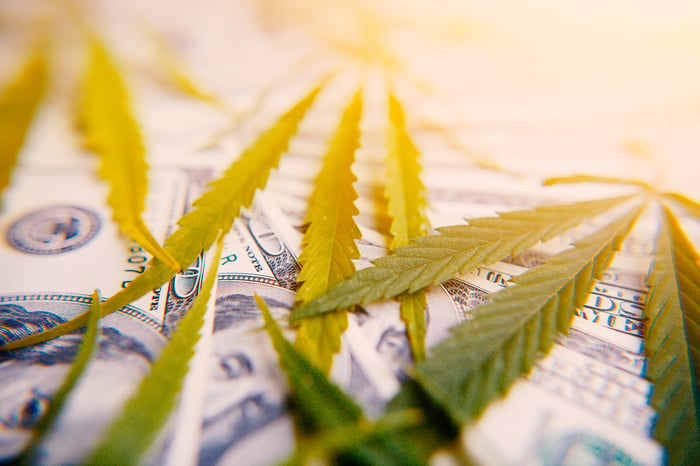 A major piece of legislation that could really help the marijuana industry has taken a major leap forward.

This is sorely needed in an industry that has effectively been barred from some of the most basic financial services American enterprises take for granted — payment card acceptance, for one. At present, banks won’t risk conducting business with companies associated with marijuana, which is still illegal at the federal level.

This is a very encouraging development, but no one should be popping the champagne corks yet. To become law, the SAFE Banking Act must be voted on in the Republican-majority Senate.

Senate majority leader Mitch McConnell has indicated his resistance to laws that help the marijuana industry, although other Republicans in the chamber have expressed a more progressive attitude. Hopefully for the cannabis sector and its many investors, the latter view will prevail.

Europe is about to get a taste of cannabis-derived medicine thanks to GW Pharmaceuticals. The regulator of the 28-member European Union (EU) economic bloc approved the company’s drug Epidyolex for sale.

Epidyolex has been a robust seller for the company in the U.S., where it’s been on the market since the Food and Drug Administration approved it in the summer of 2018. It’s known as Epidiolex in this country, and it’s the first cannabidiol-derived treatment of any kind to win FDA approval.

The drug is a supplemental medication that helps treat seizures in children afflicted with one of two forms of epilepsy — Dravet syndrome and Lennox-Gastaut syndrome.

GW Pharmaceuticals said it will initially sell Epidyolex in France, Germany, and possibly the U.K. before rolling it out to other EU markets. It’s successful on the U.S. market, having garnered over $100 million in net sales in the first six months of 2019. The company believes Epidyolex could bring in one-quarter to one-third that amount from the EU.

These days, it’s rare for a marijuana-associated company to ring up such an unabashed victory. GW Pharmaceuticals is doing well with Epidiolex/Epidyolex, and the momentum should have a positive effect on its fundamentals.

Bank of America is taking a dimmer view of Canopy Growth stock. Late in the week, the big bank cut its recommendation on the company’s shares to „neutral,” from the former „buy.”

Although analysts Christopher Carey and Lisa Lewandowski still admire Canopy Growth on a fundamental basis, they’re concerned that growth in the key market of Canada will be lower than many of their peers. They are projecting growth to be essentially flat, dampening the results of Canada-based Canopy Growth.

Their concern is certainly warranted. The Canadian market has struggled with supply issues, and reducing the big inventories that have been built up might take some time.

This isn’t the first time in recent days that Canopy Growth has received a generally bearish assessment from an analyst. Earlier this month, Rupesh Parikh of Oppenheimer initiated coverage on the stock with a „perform” (i.e., neutral) recommendation.

Like the Bank of America prognosticators, Parikh had positive things to say about the company. But he warned in particular that it is facing over $500 million in bottom-line losses in the two-year period ending in March 2021. This will be due to, among other factors, a challenging operating environment and high costs.

Again, these worries are valid. Canopy Growth is not the marijuana stock strain of the moment among investors, following its terrible Q1 results. To get back into the market’s good graces, it’ll need to take concrete steps toward meeting its challenges.